With the quest for Lord Stanley’s Cup ready to begin later on this week, hockey fans should try to remember that anything can happen in the Stanley Cup playoffs. Upsets have been a constant in every professional sport and any hockey fan will agree that anything can happen once the post-season rolls around. While Las Vegas can make odds and certain teams can be viewed as heavy favorites to win a series, the Stanley Cup playoffs are as unpredictable as post-season play gets.

Here’s a look at some of the greatest Stanley Cup playoff upsets in hockey history:

However, the Blues became just the second team (at that time) to win the Presidents’ Trophy and lose in the opening round of the Stanley Cup playoffs. After winning the first game against San Jose, the Sharks reeled off 3 straight wins against the Blues, who had not even lost three straight games in the 1999-2000 NHL regular season. The Blues managed to force game 7, but were denied any comeback hopes as the Sharks won 3-1 in the deciding game. With almost a 30 point differential between the Sharks and Blues at the end of the regular season, the Sharks’ efforts in the first round of the 2000 Stanley Cup playoffs were that much more impressive. 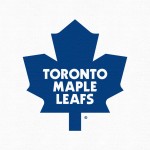 After falling into such a hole the Leafs were tasked with winning game 4 on the road and did so by a final score of 4-3. Toronto proceeded to storm its way back into competition as the Maple Leafs won game 5 by a score of 9-3 and evened the series up at 3-3 when the Leafs once again went into Detroit and earned themselves a victory by shutting out the home team 3-0.

When Toronto returned home for the deciding game 7, they gave the Red Wings no quarter as the Maple Leafs completed the first ever comeback from a 3-0 series deficit. What is even more impressive is the fact that this type of comeback was the first and only one ever completed in the history of the Stanley Cup Finals. While there were only seven teams that played for Lord Stanley’s Cup back in the 1940s, the Maple Leafs have held on to the record for seven decades as no other team has come back from a 3-0 series deficit in the Stanley Cup Finals. 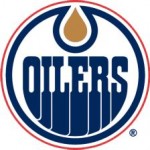 However, the outstanding play of veteran goalie Dwayne Roloson allowed the Oilers to win the series in 6 games. After winning game 1 in overtime, the Red Wings lost 2 straight games to the Oilers. The Red Wings managed to even the series at 2-2 with a 4-2 victory in Edmonton, but Roloson would not allow the Wings any more breathing room. Edmonton won games 5 and 6 by a one-goal margin and would eventually go on to represent the Western Conference in the Stanley Cup Finals.

Even though the Oilers were eliminated by the Stanley Cup champion Carolina Hurricanes, their 2006 playoff ride was one that was well earned. Solid goaltending and timely scoring allowed the Oilers to beat the Red Wings and the team proved that their victory in that playoff series was not a fluke as the team went on to play for hockey’s most prestigious piece of hardware.

Just in time for the Stanley Cup Final, the Blackhawks lost starting goalie Mike Karakas to a toe injury and had to recall a minor league journey man goalie by the name of Alfie Moore. Moore won game 1 against the Leafs 3-1 before being dispatched in favor of Paul Goodman, who lost game 2 in decisive fashion by giving up 5 goals to the Leafs. Some last minute modifications and alterations greatly benefited the Hawks as Mike Karakas returned for games 3 and 4 after a steel toe-guard was inserted into one of his skates.

Karakas and the Blackhawks won games 3 and 4 by scores of 2-1 and 4-1 respectively, but Frank Calder’s actions represented just how much the Maple Leafs were favored to win the series. Even though the Stanley Cup was not present for the Blackhawks to hoist after their series clinching victory, the 1938 Chicago team overcame more than its fair share of obstacles to win hockey’s ultimate prize.

After winning their Division Semi-Final matchup in 6 games against the Washington Capitals, the Islanders gave the Penguins all that they could handle. The Isles were playing without Pierre Turgeon as he had been the victim of a hit from behind by Dale Hunter. Turgeon suffered a shoulder separation and the injury undoubtedly had a great impact on the Isles’ 1993 playoff run.

Even though the Penguins were stacked with talented players such as Mario Lemieux, Ron Francis, and Jaromir Jagr, the Islanders put forth an amazing team effort that helped them win the series. Pittsburgh was heavily favored to beat the Islanders, but the play of defenseman Darius Kasparaitus was one of the keys to the Isles’ success. Kasparaitus constantly agitated and frustrated Mario Lemieux with his physical play and the two teams exchanged victories until a decisive game 7 was played. True to the tight nature of the series, the seventh game went into overtime and David Volek scored the game winning goal (his second goal of the game) as the underdog Islanders dispatched the Pittsburgh Penguins.

While the 1992-1993 New York Islanders were not the dynasty team of the 80s, players such as Pierre Turgeon, Glenn Healy, Steve Thomas, Ray Ferraro, David Volek, Vladimir Malakhov, and Darius Kasparaitus recaptured some of the magic of the old teams through hard work and newly forged team chemistry.

Fun Fact: The 1993 Division Finals against the Penguins was the last playoff series that the Islanders won, as the franchise has not won a playoff round since.