The U.S. Women’s Under-22 Team earned a three-game series sweep over Canada’s National Women’s Development Team this past weekend, thanks in large part to a solid offensive effort on Friday and a late rally and shootout win in Sunday’s final game. The U22 Series was held at the Markin MacPhail Center in Calgary, Alta.

Goaltender Alex Rigsby stopped 26 of 27 shots en route to a 2-1 win for Team USA in the series opener. Dana Trivigno opened the scoring for the U.S. in the first period, and Shiann Darkangelo added a tally on the power play in the second. Assistant captain Blayre Turnbull got Canada on the board with a little more than eight minutes left in the game, but the Americans held on the rest of the way.

Defenseman Emily Pfalzer assisted on both goals for the U.S., and it was a solid performance from the American skaters, but it was Rigsby’s performance in goal that really stood out in that opening contest. She kept the Canadians off the board for much of the game and came up especially big in the first period, helping Team USA keep a 1-0 lead after the first 20 minutes despite being outshot 11-6. 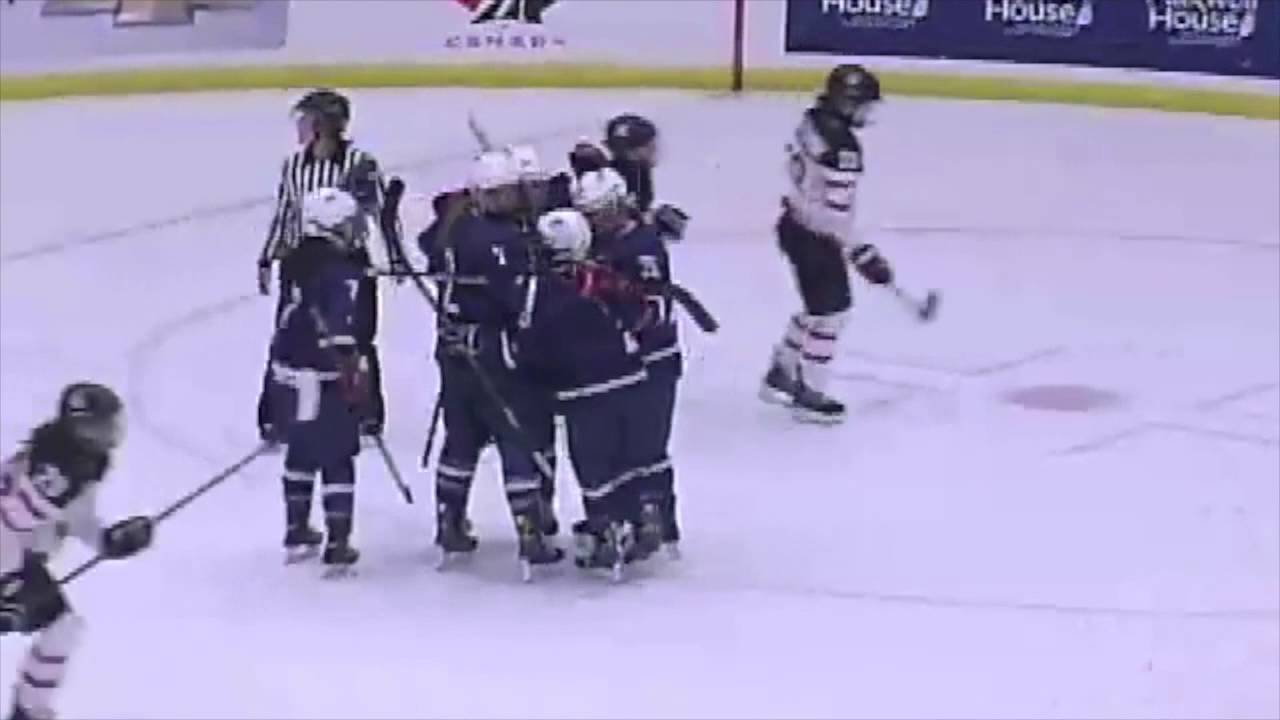 The U.S. offense exploded for a six-goal performance on Friday evening, with 11 different skaters getting on the scoresheet. Team USA was powered by the line of Haley Skarupa, Hannah Brandt, and Dani Cameranesi, who combined for three goals and five assists on the day.

It was an all-around dominant effort by the Americans, who outshot the Canadians 24-8. They got off to a great start in the opening period, outshooting Canada 13-2 and scoring four goals right off the bat. Cameranesi opened the scoring 4:04 in, and Lexi Bender and Miye D’Oench added to the U.S. lead before Skarupa chipped one in on the power play. The American attack tailed off a bit late in the game but Cameranesi scored her second of the game at the beginning of the second period and Paige Savage netted the team’s final goal in the third.

Canada couldn’t find much of an answer for all of the U.S. pressure early on and they didn’t bounce back later. Rigsby earned the shutout for Team USA, though it was a more quiet day for her. Canadian starter Ann-Renée Desbiens stopped nine of the 13 shots she faced in 20 minutes of action, but she was pulled after the first for Maschmeyer, who made nine saves on 11 shots. 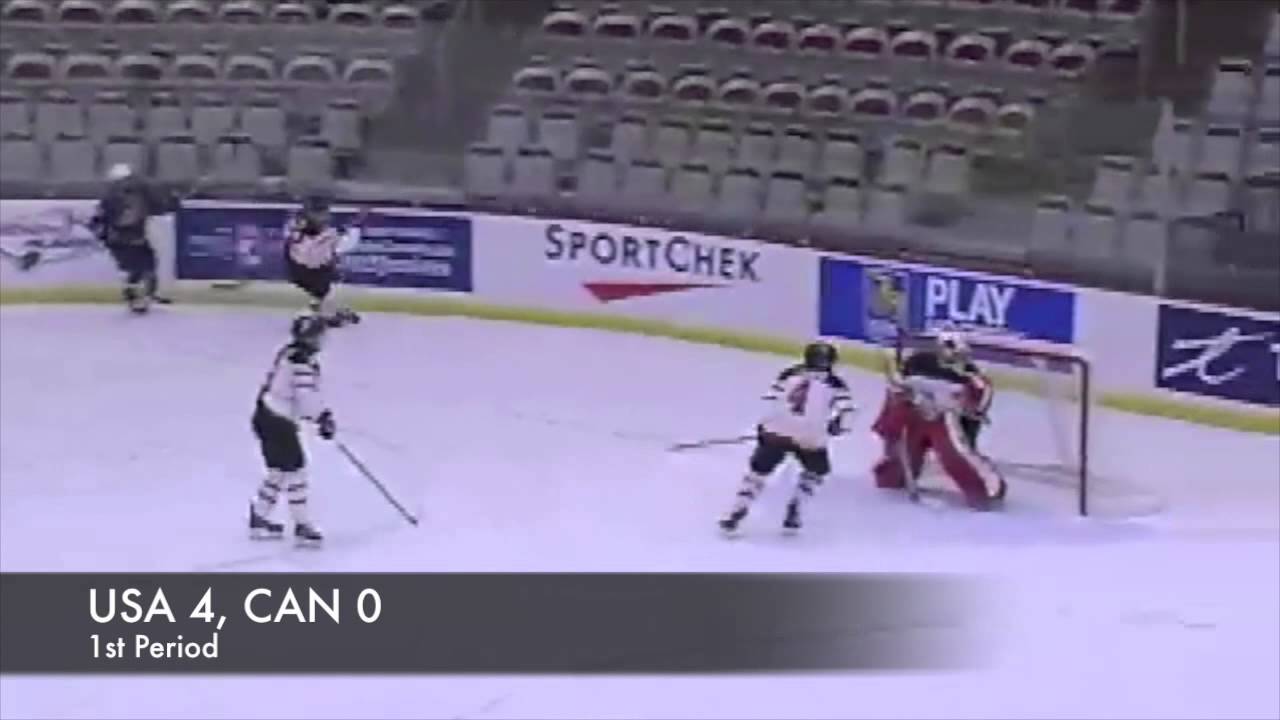 Team USA took the final and most exciting game of the series to complete the sweep, with an impressive third period and shootout performance coming from captain Alex Carpenter.

After a scoreless opening period, the Canadians got on the board first 13:14 into the second period, when Shannon MacAulay scored on the power play. Meghan Dufault extended the lead to 2-0 midway through the third with another power play goal, and Canada was able to hold off the Americans until the 18-minute mark, when the U.S. offense kicked in.

With 1:58 remaining in the game, Brandt cut the Canadian lead in half on a 6-on-4 advantage, tipping in a point shot from Lee Stecklein. Just 29 seconds later, with goaltender Nicole Hensley again pulled for the extra attacker, Carpenter finished off a beautiful play in front to even the score.

After a scoreless five-minute overtime, the teams headed to a shootout. Through the first four rounds, Dufault and Victoria Bach scored for the Canadians, while Carpenter and Cameranesi tallied for the Americans. Hensley then stopped Turnbull on Canada’s fifth try, and Carpenter scored her second of the shootout to seal the win for Team USA.

Desbiens got the start again for Canada in the final game and fared much better, stopping 27 of 29 shots to help her team advance to the shootout. Hensley made 12 of 14 saves in a victorious effort for the Americans. 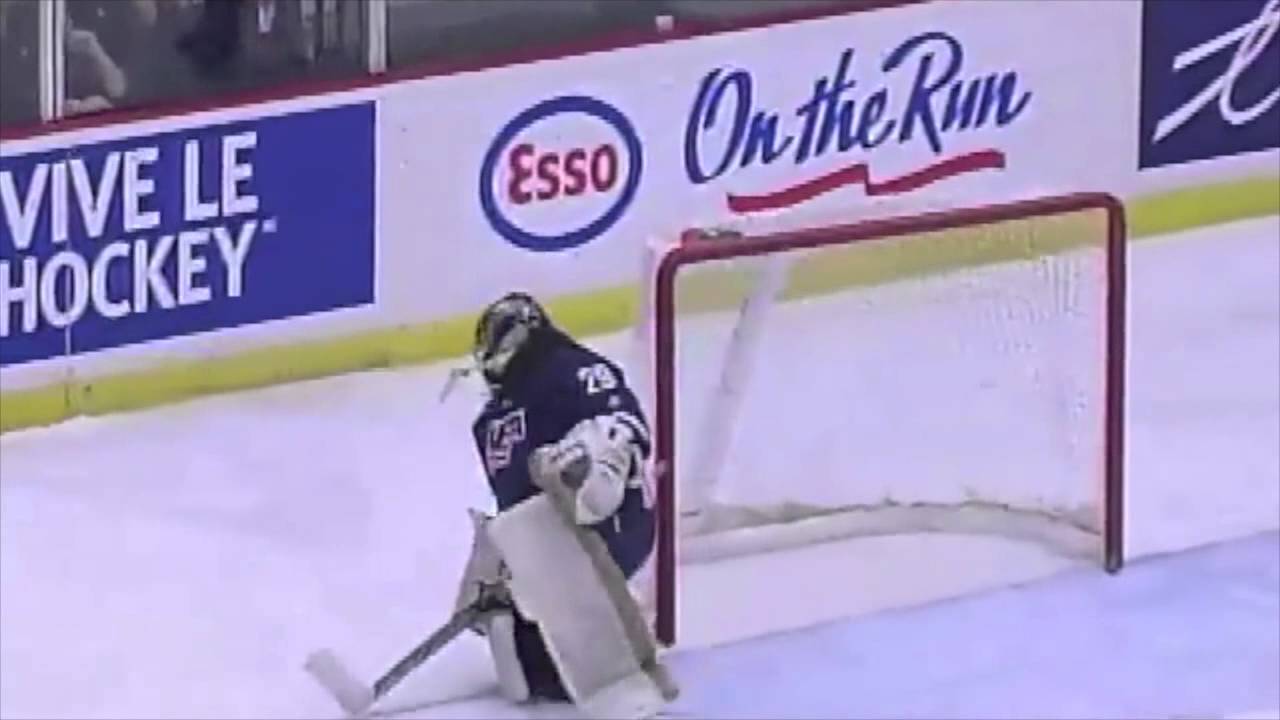 Alex Carpenter, United States: Though she was quiet on the scoresheet through the first two games, Carpenter came up big in the series finale and put some serious skill on display. She spent last year working towards an Olympic silver medal with the women’s national team, but she’s poised to have a big year at Boston College this season.

Meghan Dufault, Canada: It wasn’t the best series for the Canadians offensively but Dufault was by far one of their best forwards, factoring into every goal they scored in the series. She was creating chances when she was on the ice and made good use of her speed, especially when moving into the zone.

Miye D’Oench, United States: D’Oench’s speed and drive was a little difficult for Canada to handle, especially through the first two games. She only scored the one goal but she was very active in the offensive zone.

Erin Ambrose, Canada: Ambrose captained the Canadian squad and though she was relied on to play some big minutes on the back-end, she didn’t score nearly as much as she probably would’ve liked. After a quiet series offensively I think she’s one to watch heading into the new NCAA season, though she’ll more than likely bounce back fine with her Clarkson team this year.

Megan Keller, United States: I was critical of the U.S. cutting players like Gracen Hirschy and Courtney Burke in favor of a younger defenseman like Keller, and though I still question those moves, I don’t think Keller was a problem. She stuck out especially in the first game as someone who’s ready and willing to make a play. Her skillset is still a bit raw but she should make an immediate impact at Boston College.

Victoria Bach, Canada: Bach assisted on both Canadian goals on Sunday and she definitely stood out among the Canadian skaters; she was a part of the best line Canada put together all series, with Dufault and MacAulay. She’ll be one to watch for when she joins Boston University in the fall.

Alex Rigsby, United States: Rigsby had a very strong series in goal for Team USA, and though her college hockey career at Wisconsin is now complete, she could be looking at a potential starting role for the women’s national team at the 2015 IIHF World Championships.