After suffering through what was the Dallas Eakins era for just under a season and a half, it appears as though the vast majority of Edmonton Oilers fans are more than ready to hand over the keys to the car to Todd Nelson on a permanent basis.

With the Oilers record being as abysmal as it was during Eakins tenure, 36-62-14, clearly the bar has been set rather low for the Western Conference basement dwellers. How else can one explain being satisfied with this team going 10-15-5 since giving the former Toronto Marlies bench boss his walking papers following a 2-0 loss to the New York Rangers on December 14, 2014.

While there is no question this group has played much better under Nelson, this despite having to work with a far weaker lineup for a large chunk of those games, they are still losing more hockey games than they are winning and to be perfectly honest, the chances of them finishing out the year as badly as it started was pretty much non-existent. So while fans would love to see Craig MacTavish remove the interim tag from the 45-year old’s job title, it may not be quite so simple for the Oilers general manager. 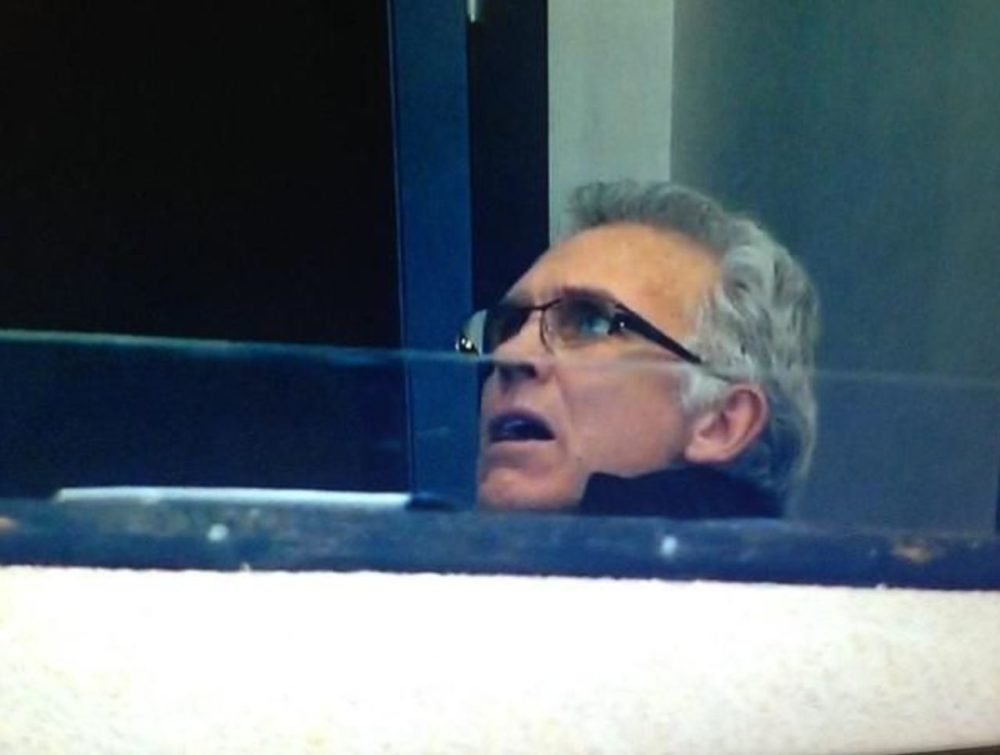 The Clock Is Ticking

Considering he has already burnt through one head coach and essentially overhauled the entire roster since taking over as GM from Steve Tambellini on April 14, 2013, it is not exactly a stretch to suggest MacT could be on a very short leash in 2015-16. If this team continues to struggle anywhere near the degree it has since re-surfacing in his old stomping grounds, there is no way on earth he will survive another season in his current role.

Daryl Katz may not have the heart to do it but something tells me part of the reason Bob Nicholson was brought into the organization was to deal with this sort of scenario. While most would love nothing more than to see both MacTavish and Kevin Lowe shown the door following the colossal disaster that has been the Oilers 2014-15 campaign, the chances of that happening are likely slim…if not none at all.

Having said that, the pressure to have this team show a marked improvement in the standings will be very real next season and if it does not happen, there will be a housecleaning. With that being the case, it would be rather naive for anyone to think the former Oilers bench boss will go down with a rookie coach as his ace in the hole…especially when he already passed on him in favour of bringing Eakins on board as his man.

Up until last Friday, quotes like the one listed above have been the norm whenever the general manager has been asked about the job his new coach has done since taking over the reins from Eakins. While much of the fan base was ready to give all of the credit to Nelson, clearly MacTavish was not of that mindset.

Even in the comments he made during last week’s media scrum, he did give Nelson his due but was just as quick to hand out kudos to the players on the ice and once again, making the point that this isn’t about which coach has done a better job but rather the guys on the ice finally buying into what they are being asked to do and having better players in place.

Make no mistake, MacTavish likes the job Nelson has done and is probably surprised at how well things have gone but the fact he continues to suggest the roster Nelson has been given is better than the guy who is no longer here, speaks volumes.

How on earth a lineup that has been missing the likes of David Perron and Taylor Hall from it for a large portion of the last thirty games can be considered “better” than what Eakins had is laughable. The results have definitely been “better” when it comes to wins and losses, but that is where it ends.

Having said all of that, if this organization does not to their due diligence and actually try their very best to bring in an experienced guy to lead them out of the malaise they currently find themselves in, they would be out of their collective minds. Also, let us not forget there could be three fairly enticing options for MacT and company to consider this summer.

Babcock Would Be Great But…

It is no secret that if Mike Babcock decides he wants to move on from the Detroit Red Wings, he will have more than a few suitors and Edmonton would certainly be one of them. While many seem to dismiss the notion of the two-time Olympic winning coach being interested in taking over a team like the Oilers, don’t be so sure of that.

Now does that mean it is likely to happen? Of course not, as the chances of him leaving Detroit do seem rather unlikely. However, suggesting Babcock would not even entertain the idea of becoming the guy who could potentially not only help bring a Stanley Cup Championship back to one of the league’s most storied franchises but also to the country he coached to back-to-back Olympic Gold Medals would seem rather silly.

Again, by no means am I suggesting that Edmonton would be at the top of his list should he decide to  leave the Red Wings organization but something tells me Mr. Katz would make him an offer he would likely have to seriously consider.

While the chances of Babcock bolting from the Motor City appear to be slim, no one would be surprised to see St. Louis part ways with Ken Hitchcock. It has been another solid regular season campaign for the former Stanley Cup winning coach in 2014-15 but should this team crash and burn out of yet another post-season, you can bet the former Dallas Stars bench boss will not be back for another kick at the can.

It certainly has been quite some time since the Stars hoisted Lord Stanley’s mug back in 1999 but Hitchcock still managed to move into fourth on the all-time win-list with 695. Not too shabby for a guy who did not get his first NHL coaching gig until the age of forty-five.

The Edmonton native did one heck of a job after taking over a young Blues club heading into 2011-12, leading them to a Central Division title in his first season in charge. Considering St. Louis was coming off a run in which they had missed the playoffs in five of six seasons, after making the post-season for twenty-five straight years, things could not have gone any better.

During his three-plus seasons in Missouri, he has managed to piece together a rather impressive 162-72-24 to this point and has the 2012 Jack Adams Trophy in his back pocket for good measure. That said, the time has come for this group to find a way to get themselves into the Western Conference Finals and with the west being what it currently is, that is far from a guarantee.

You would have to think Hitchcock would jump at the opportunity at joining the Oilers and one could argue, he is the exact sort of coach this young core has been starving for. Add to that, the fact he has gone out of his way on numerous occasions to praise the trio of Jordan Eberle, Taylor Hall, and Ryan Nugent-Hopkins, my guess is he would be more than up to the challenge in trying to turn this mess around.

As much as teams would love to add a coach like Babcock into their fold should he become available this summer, one could argue that Todd McLellan would actually be in higher demand if he were relieved of his coaching duties in San Jose following the 2014-15 season. While the Sharks currently find themselves in a three-way tie for the eighth and final playoff spot in the Western Conference, they have played more games than both the Calgary Flames and Los Angeles Kings.

As of right now, they are on the outside looking in and after being comfortably in the playoffs in all six of McLellan’s seasons, this is a  scenario this organization is rather unaccustomed too. However, losing sight of the fact general manager Doug Wilson insisted this group was in a transition mode heading into the current campaign would be more than a bit of an oversight.

While suggesting the Sharks are in some sort of “rebuild mode” would be  more than  a bit of a stretch, reasonable expectations would have been for this team to take a step back in ’14-’15. With that said, missing the post-season likely wasn’t part of the equation and it could ultimately cost the native of  Melville, Saskatchewan his job.

Should that be the case, MacTavish will certainly have to get in line to try to convince the guy who, ironically enough, served as Babcock’s assistant coach in Detroit for three years prior to landing his heading coaching gig in San Jose to come to Edmonton. It certainly is a small world and becomes that much smaller when you talk about the best of the best in the National Hockey League coaching fraternity.

Nelson Will Be Oilers Safety Net

At the end of the day, Craig MacTavish will most certainly be going big game hunting when it comes to his next head coach and frankly who could blame him. Todd Nelson has certainly worked wonders with among others Anton Lander, Jeff Petry, Justin Schultz and Nail Yakupov during his brief stint behind the Edmonton Oilers bench and that certainly cannot go unnoticed.

It is a huge feather in his cap that he has not only managed to get this team to apparently try harder as a collective unit on a nightly basis  but also have certain players take a major step forward in their development under his watch. Anyone who has seen Edmonton play over the last couple of months will tell you this is an inarguable point.

Nevertheless, this organization will look outside their four walls in search of a new head coach and in my opinion, it will see them bring in Ken Hitchcock as the fourteenth  head coach in team history and ultimately see them lose Todd Nelson to another NHL organization.

Again, it may not be the outcome the vast majority of this fan base is hoping for but it may very well end up being the best thing possible for the future betterment of this franchise.