The Columbus Blue Jackets were enamored with Alexander Wennberg as a centerman when they drafted him 14th overall in the 2013 NHL Draft. They noticed the young Swede had high-level puck skills, incredible upside in the offensive zone and was also responsible in the defensive zone.

It has taken a few seasons for the Jackets to really see all of those traits come together to produce the Alexander Wennberg they were hoping for. He’s here now.

Even though he is a gifted passer and assist machine, Tortorella has got on him numerous times to shoot the puck more, and he should because he has an underrated wrist shot. All those times he got yelled at to shoot it in the offseason have paid off. And wouldn’t you know it, he scored the first goal of the season for the Jackets early into opening night vs Boston.

There are a number of reasons that the Blue Jacket’ power play is ranked No. 1 in the league. One big reason is Wennberg, who operates the top power-play unit from the right wing boards.

The left-handed shot has many options when he has the puck in that position. One that he likes is a shot-pass he aims at Sam Gagner’s stick in the slot with the objective being a purposeful redirect off his stick and towards the net, and ideally to the back of it.

I like to think of Wennberg as a wizard in the offensive zone, and especially on the power play. He is so skilled that everything he does looks masterful. His keen vision and tape-to-tape passing makes him a threat on the power play. That will explain the 20 power-play points he has right now, which are good enough for third in the entire league.

He’s second on his team in points (44), third in the league in assists (34) and he tallied his 10th goal of the season on Friday night. All those totals are career highs and he has 30-plus regular season games to expand those numbers.

As I waited patiently for Wennberg’s offensive production to improve, I took notice of his defensive game. I have found that Wennberg almost always makes the right play in the defensive zone that leads to a clean breakout or a defensive regroup. He is sort of a calming presence in his own end.

He also has been getting time on the penalty kill, so that speaks to his defensive abilities. It makes sense to have him out on the PK unit because of his lengthy reach and defensive stick. He has also shown a willingness to sacrifice the body and block shots.

Wennberg isn’t the type of player to lay his shoulders into opponents and try to make crunching hits. Maybe the Jackets would like to see that out of him a little more, but he can separate the puck from his opponent with light body checks and/or a good poke check.

However, he surprised everyone in Calgary back in December when he stood up for his teammate and dropped the gloves for the first time in his career. 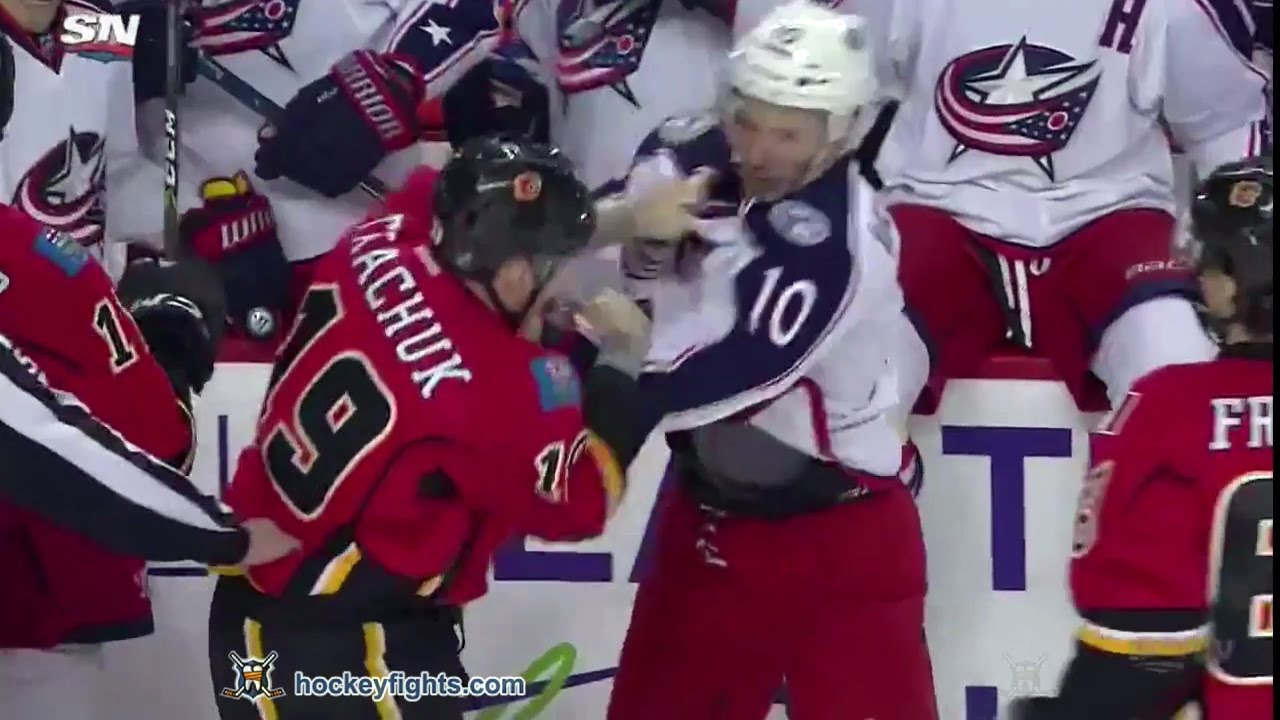 Maybe he’s a little more feisty than everyone thinks. I loved seeing that and Tortorella along with all his teammates did too.

What to Improve on

Wennberg has made huge strides in the offensive zone and is a solid defensive forward, both culminating factors in the tremendous growth he has shown thus far. However, there is one glaring weakness in his game and it takes place in the faceoff circle.

Even though he has actually improved his faceoff percentage in each of his three years in the league, he is still under 50% this season (45.29%) and for his career is only 43.8% on his draws.

Wennberg shouldn’t feel too ashamed, though, as the Blue Jackets as a team have struggled mightily in the faceoff department all year. Many things have gone right for them this season, but faceoffs have been a thorn in their side. Right now, the Jackets rank 29th in the league in faceoff win percentage (47.5%). Because of this, rumors will lurk that Columbus is on the lookout for a centerman who can win faceoffs, and rightfully so.

There has been talk for a while now that the biggest flaw on the Jackets’ roster is the lack of a true, top centerman. I think I’d still agree with them at the moment, but perhaps give Wennberg a little more time and I think he fills the hole himself.

(All stats courtesy of NHL.com)