Selected at #60 overall, Oliver Kylington might prove to be one of the steals of the 2015 NHL Entry Draft.

The native of Stockholm, Sweden brings serious offensive potential from the blueline to the Flames organization. At six foot, 181 pounds, Kylington isn’t going to be punishing forwards with open ice hits anytime soon, but he’s got the skating ability to take away time and space from the opposition.

Projected as a late-first to early-second-round selection by most scouting bureaus, Kylington slipped due primarily to his performance playing with Farjestad in Sweden’s top league this past season. After posting a point per game (five goals, 21 points) with Farjestad’s junior club during 2013-14, he managed only two goals and five points in 18 games with the parent team in 2014-15. During 17 games in Sweden’s second-best league, he contributed four goals and seven points in 17 game for AIK.

Kylington is a left-shot defenceman whose strengths are his skating, passing, shooting, and hockey IQ. Here you can take a little look at some of his highlights during the 2013-14 campaign: 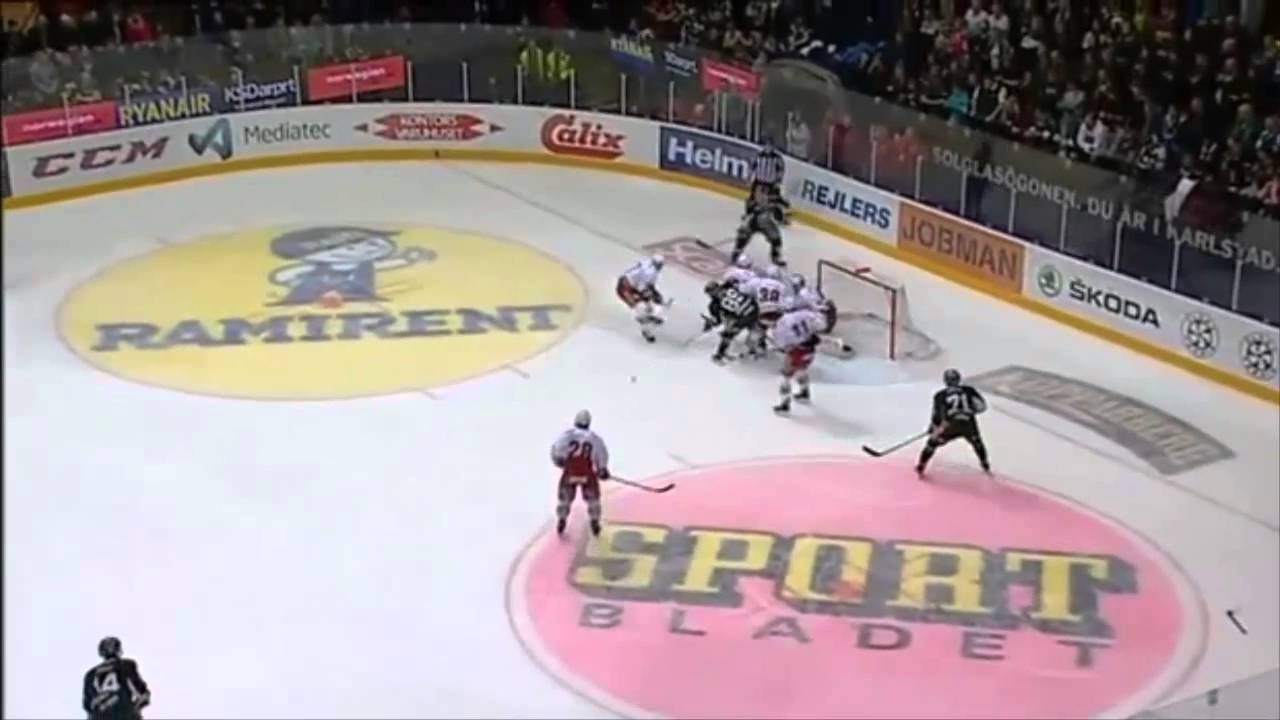 In The Hockey Writers’ The Next Ones, Shawn Reznik listed Winnipeg Jets’ defence man Tobias Enstrom as a comparable. In The Hockey News’ Draft Preview, one scout said they were reminded of a Niklas Kronwall/Trevor Daley hybrid. Since Kylington didn’t transition well to Sweden’s top league, it would be very audacious to expect him in a Flames jersey for 2015-16 (especially since they brought in Dougie Hamilton). Don’t be surprised if Kylington is making noise in the NHL come 2016-17, but it may have to wait until 2017-18 due to their defensive depth.

The Flames have no real need to rush Kylington to the NHL. He will benefit from more time playing either in Farjestad or with the Stockton Heat of the AHL. Bringing Kylington over to North America may be tempting for the Calgary brass, as it can speed up his development. He could spend some time growing in strength and comfort playing the North American style, rather than taking next year getting used to the Swedish Hockey League then making the transition to North America afterwards.

The Hamilton acquisition, and subsequent signing (six years, $34.5 million) gives the Flames a defensive corps that includes Mark Giordano, Dennis Wideman, Kris Russell, and T.J. Brodie. Calgary also has 22-year-old Tyler Wotherspoon nearing a full-time role in the NHL. The 57th pick in 2011 has 15 regular season games and six postseason games on his résumé. He’s been held off the scoresheet throughout his playoff career, and has only four assists overall and a minus-6 rating, but looks like he’ll be a good offensive weapon from second or third pairing soon.

Calgary has a wealth of depth on defence now, so it may take Kylington a little longer to make the NHL. When his time comes, however, he promises to be an impact player.

I completed an undergraduate degree in political science at the University of Guelph and a post-graduate certificate in sports journalism from Loyalist College in Belleville, Ontario. I’ve written for FanSided’s Gone Puck Wild since September, 2014, and interned at The Hockey News during April/May. Brief enough?