It’s time to see what the Dallas Stars are made of. Time to see how far they can push this successful season and what damage they can do in the playoffs.

After nearly six years, the Stars finally returned to the Stanley Cup playoffs, but the journey doesn’t get any easier. From this point on, the Stars will have to find that extra gear to push themselves in a post-season where physical and mental toughness, determination and attention to detail are of critical importance.

The Stars have been playing playoff hockey for a few weeks now in terms of just trying to punch their ticket to the post-season, but Wednesday night will provide a true example of playoff hockey which will be new for about half of the team’s roster. Having said that, these Stars are not an eighth seed that’s happy to squeeze into the playoffs. This team is different. This team is a threat. Though the odds may be stacked against the them, the Stars have several reasons to be feared this post-season.

The Stars have been fighting for their lives for about a month. They have endured a lot over the regular season. They fought through injuries to key players at every position. They did not miss a step when Stephane Robidas and Trevor Daley were out for extended periods of time due to leg injuries. They moved forward when Sergei Gonchar, Aaron Rome, Erik Cole, Alex Chiasson and Ray Whitney were out of the lineup. They survived two injuries to Kari Lehtonen.

Most impressive of all, the Stars stuck together and marched on after the Rich Peverley incident. It would have been easy to buckle after such a terrifying and shocking event, but they pulled together. They could have fallen apart when two of their top three defensemen were out, but they plugged the holes and moved forward. They fought through a rigorous schedule in the final month of the season filled with back-to-back games and road trips. They did not ease into the playoffs. They fought for it. They bled for it. They earned it.

Very few expect much from the Stars in the playoffs. They face an uphill battle as the eighth seed facing the top team in the Western Conference, but they have held their own against the Ducks. In fact, the Stars won the season series and are very familiar with their former Pacific Division rivals. All season long the Stars were looked at as a team still growing and building to the future, and rightfully so. The team’s core is very young and inexperienced. That’s what makes the Stars dangerous. They have nothing to lose and a lot to learn. They are eager to take this first big step in a new era. They do so under the wings of a savvy veteran coach and a seasoned general manager ready to put come into his own and mold his legacy.

The Stars are one of the fastest teams in the league, and it’s not just because of their age. Dallas is led by Tyler Seguin, whose speed single-handedly creates offensive opportunities. Valeri Nichushkin and Jamie Benn also boast speed and their size gives defensemen headaches as they fly down the wing. Cody Eakin, Antoine Roussel and Ryan Garbutt use their speed to hound and frustrate the opposition at both ends of the ice. Even veteran Vernon Fiddler used his speed to forecheck and force turnovers that led to several goals this season. Dallas’ speed makes the team a threat at even strength as well as on special teams. As if that wasn’t enough, the Stars utilize fast and agile defensemen to maneuver through the defensive zone and push up on rushes up ice as well. Add to that a goalie who can handle the puck well and move it crisply down the ice to spring a rush and the Stars roster is loaded with speed that can intimidate any team in the league. 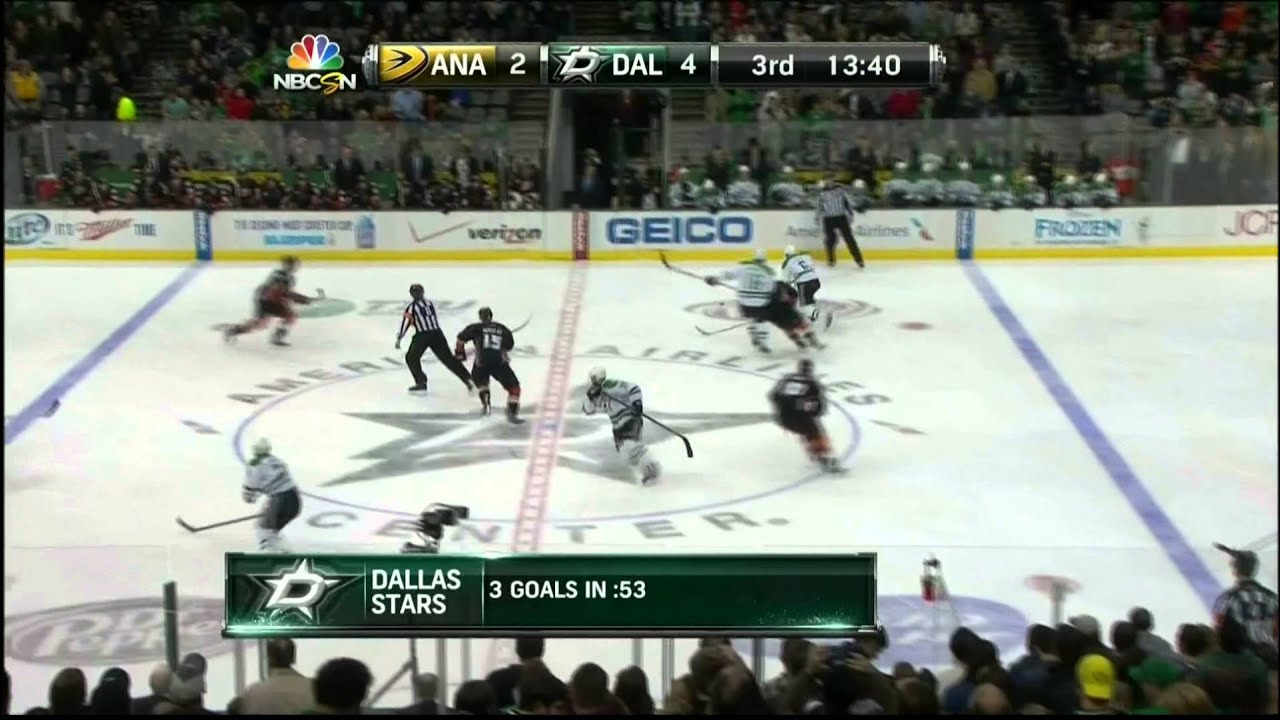 Benn and Seguin form one of the best duos in the league. Coincidentally, Dallas’ first round opponent consists of arguably the league’s best duo in Corey Perry and Ryan Getzlaf. Both Benn and Seguin ended the season among the top 10 in league scoring. Not only did the duo lead the Stars in goals and points, but they doubled the totals of the next-closest player in both categories. They can step up for late game heroics or jump out to a quick start and early lead. Benn led the league in goals in the first five minutes of a game, and Seguin finished seventh in the league in game-winning goals with eight. While depth scoring is key in a deep playoff run, Benn and Seguin have shown throughout the season that they can carry the team to victory.

This is Lehtonen’s chance to show the hockey world what he is capable of. There are still doubters who question how good he is or if he can win big games. Lehtonen has shown he is an elite goalie when he is in the zone and he has not been as rested or on as good of a streak this late in the season. He registered wins in six of his last eight games including two shutouts and a .931 save percentage. Lehtonen ranked in the top 10 in wins, shutouts and games played this season. He’s been asked to carry the Stars before in critical late-season runs to the playoffs, and will be counted on again to lead the team in the playoffs. He will have to stand on his head and steal some victories, but if he does and gets on a roll, Lehtonen can backstop Dallas on a deep playoff run.

A Good Mix of Age

Teams that perennially find themselves making the playoffs and fighting for the Stanley Cup always have veterans to lead with experience and young players leading with energy and speed. The Stars have a good mix of both on their roster. Ten players are under the age of 25 and five are over the age of 35. As mentioned earlier, young players like Garbutt, Roussel and Eakin provide speed and play big roles. Rookie Alex Chiasson is not the average rookie. He was called up late last season and jumped out to a mesmerizing start with six goals and an assist in seven games. His production slowed this season, but he plays a strong well-rounded game that can fit on any line. Chiasson also has playoff experience from his time in the AHL with the Texas Stars much like several other young Stars.

Sophomore Brenden Dillon is only 23, but he has emerged as a stellar defenseman set to play a big role in big minutes in the near future. On the other hand, Cole provides secondary scoring with a knack for streaking down the wing and crashing the net. Fiddler plays a big role as the team’s top penalty killer and he is relied on for big faceoff wins in the defensive zone. Whitney will be looked to for power play help once he returns from an injury suffered late in the regular season. Alex Goligoski and Trevor Daley are in the middle of the team’s age spectrum, and they lead the defense with the most time on ice as they are the pairing assigned to shut down opposing top lines. With a good mix of old and young players and a few in between playing big roles on the team, the Stars have a well-rounded roster capable of playing against any opponent.

Jim Nill’s trade for Seguin will probably go down as one of the biggest moves of his general manager career and one of the biggest trades in Stars history. However, hiring coach Lindy Ruff is just as big and doesn’t get near as much attention. With a new owner and new GM in place, the new coach would extremely instrumental or detrimental in the first years of a new era. Ruff’s hiring brought exactly what the Stars needed. Ruff’s 15 years of NHL coaching experience provided a solid pillar for the Stars to build their foundation. The former Jack Adams Award winner is on the same page with his general manager in terms of the team’s identity. That in and of itself is important since the Stars failed to have an identity in the five years they missed the playoffs. His 611 wins are a testament to his ability to adapt and get the most out of his players.

Ruff isn’t afraid to do what needs to be done to win as shown when he pulled his goalie during a power play with 12 minutes left in the third period to try to get back in a game against the Columbus Blue Jackets on April 9. Ruff’s leadership earned the respect of staff and players from day one. The team bought into a system that was completely different from what the Stars were used to in years past. His leadership was most evident the night of the Peverley incident when he acted quickly to get help and stand by his player’s side. He was calm and collected despite witnessing one of the traumatic instances in recent NHL history, and he found a way to push the team to a 3-2 overtime win the following night against one of the best teams in the league. The players seem to love Ruff, and they play their best for him.

The Stars are not just an eighth-seeded team this season. They’re not a straw house waiting to be blown away by the big, bad wolf. This is a team full of unbridled desire to once again prove people wrong and do more than just scare the top seeded opposition. This is a team built with an eye on the future but is fully capable of winning now. They took a big step forward this season by making the playoffs, but they are not satisfied. Take notice NHL, a new star is rising in Dallas, and they mean business.