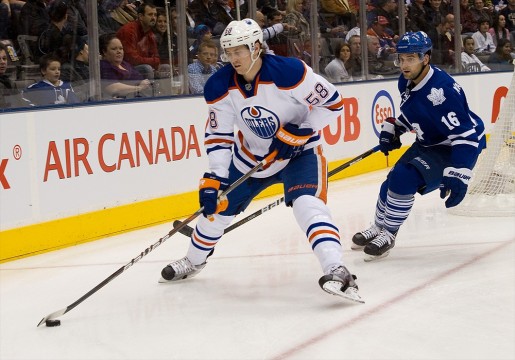 It seems that over the past couple of seasons when the Oilers defence group was talked about, it was usually when referencing their deficiencies.

As a group they have certainly struggled. With finishes of 29th, 30th, 30th over the past three seasons this bunch has had their fair share of fingers pointed at them.

With most of the attention taken by the team’s forwards and the dynamic nature of some of the young stars, it was more often than not the defence or goaltending who took the brunt of criticism.

Many of the criticism was definitely warranted and its hard to argue with some of the numbers they put up….or lack thereof.

Injuries played a huge factor in the performance of the Oilers backend.  Throughout the season they dressed 13 different defencemen, many of which were callups from the AHL and clearly not NHL ready.  They were forced into some on the job training and while there was much promise shown in flashes, Oiler management would obviously have liked them to spend the full year in Oklahoma City.

So what can Oiler fans expect for this season?

Health will be a major issue going into and throughout the season, as it is with most teams, but more so with the Oilers and some of their veteran D men who have some injury history.

Front and centre is poster boy Ryan Whitney.  Injured off and on over his time with the Oilers, he has played a total of just 105 games over two and a half seasons after being dealt from the Ducks in 2010.  He will be counted on heavily, however, as he is a big minute muncher when he is healthy and can play effectively in all situations.  He is also possibly the best Oiler defenceman in terms of making the first pass out of their zone.  Something the Oilers sorely lacked last year.  Especially with the amount of offensive ability up front, they just need someone to get them the puck. The key however is his health, something that will be hard to count on based on his past history.

Perhaps the biggest, and best, surprise of last season was the progression of Jeff Petry.  Starting the year in the AHL, Petry was one of the first callups when the injury bug hit and didn’t take long  before jumping to the top of the depth chart. Blessed with good size and speed, not to mention a cannon of a shot, Petry finished the year as the top point producer on the blueline and played the most minutes on average throughout the last few months of the season.  Oilers brass will be hoping he takes another step forward in his development this season.

Help is also on the way with highly touted newcomer Justin Schultz.  The University of Wisconsin product has elite offensive ability and should step into top powerplay minutes with the Oilers.

Schultz looks filthy good every shift he takes for Wisconsin and he clearly doesn’t belong in college anymore … Schultz is a player defined by his puck possession skills which are easily high-end. ..  Schultz can make special plays because of his high-end if not better vision and offensive instincts. If you want a defenceman who can control a power play, make great outlets, be creative with the puck, hit his passing targets through tight seams, and know when to join the rush, then Schultz is your guy. 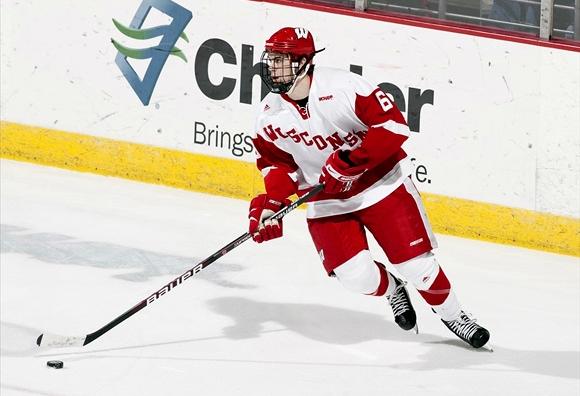 The group will also include Ladislav Smid, who played on the top pairing with Petry to finish out the year. He has developed into a valuable shut down defenceman and will be once again used to play against the other team’s top line, likely with Petry once again.

There is stalwart and former Minnesota iron man NIck Schultz, who will provide stability in the defensive zone. After coming over at the deadline for Tom Gilbert last season he was solid and consistent as a stay at home defenceman.

Andy Sutton was also re-signed to provide size, strength and some veteran toughness in a depth role and will battle for the 6th and 7th spots on the depth chart.  Also in the running will be fellow tough guy Theo Peckham and Corey Potter, who was the surprise of camp last season and impressed early in his first season in the blue and orange.

Others who suited up for the Oilers last year such as Colten Teubert and Alex Plante will return to the Oklahoma City Barons to continue their tutelage and be ready in case of more injury.

Overall the defence should be definitely improved over the group that started last season if only for the fact that Jeff Petry has had a full season under is belt and Ryan Whitney is healthy to start this year (knock on wood). Add in Justin Schultz to inject some offence and Nick Schultz for a full year and they are already much more balanced.

The Oilers best chance for success may be as the saying goes, “your best defence is a good offence”.  Much of their success will come from making  good passes coming out of their zone and getting the puck up to the talented forwards and letting them create offence. The hope is that they will be playing many games with the lead early.

An excellent strategy in theory.

More importantly they will have to prove they are tougher and harder to play against in their own end, something they did not do last season.  There is certainly defensive minded players such as Smid, Petry and Nick Schultz and some sandpaper in Sutton and Peckham to make them at the very least a very solid group.

Time will tell, and hopefully with the season starting on time, Oiler fans will find out just what they have in the 2012-13 Oilers defence corps in just a couple of months.