In a recent conversation with Coyotes general manager Don Maloney, Sarah McLellan of AZ central sports has uncovered that Viktor Tikhonov is once again on the Coyotes radar. The Coyotes still own the rights to Viktor Tikhonov making him a restricted free agent.

Maloney has also reached out to Viktor Tikhonov's agent to see if he has interest in returning to NHL.

Bloodlines and beginnings in hockey

While Viktor Tikhonov was born in Riga, Latvia he was largely raised in the United States as his father Vasily was a goalie coach in Kentucky for the San Jose Sharks American Hockey League affiliate. He received his start in hockey through the Bluegrass Blades youth hockey program in Kentucky.

He would move back to Russia where he would be passed over in both the 2006 and 2007 NHL Entry Drafts, before being selected in the first round, 28th overall, in the 2008 NHL Entry Draft by the Phoenix Coyotes at the age of 20 years.

According to a ranking from 2011 by Corey Pronman of Hockey Prospectus and ESPN.com Viktor Tikhonov was projected to be an above average third line forward who could move up into the top six when necessary.

“The Good: This was a season where the Coyotes experimented with some of Tikhonov’s versatility, turning him into a center a month into the season and asking him to be more of a two-way specialist as opposed to a scorer. In viewings, he was the center asked to line up against the opponent’s top guns and play high-leverage defensive minutes. He’s a hard-working player who reads the game at both ends very well. He pressures the opposition well with an active stick and the awareness to clog lanes. Tikhonov is a skilled penalty killer who contributes in that area due to his game-reading ability and his desirable intangibles. He has solid puck skills, with the ability to create and see the ice.

The Bad: Tikhonov still has a way to go physically. While his frame looks nice, from a strength perspective, he needs a lot of attention. His skating has shown improvement, but still leaves a fair amount to be desired. He can flash average skating, but over the long-term, he looks like a below-average skater.”

Hockey’s Future also had good things to say about Viktor Tikhonov in his talent analysis.

“Solid two-way winger possessing good size and the capability of playing a grinding style of game. Tikhonov is tough to knock of the puck and his quick hands and strength makes him an elusive player both along the boards and around the net.” 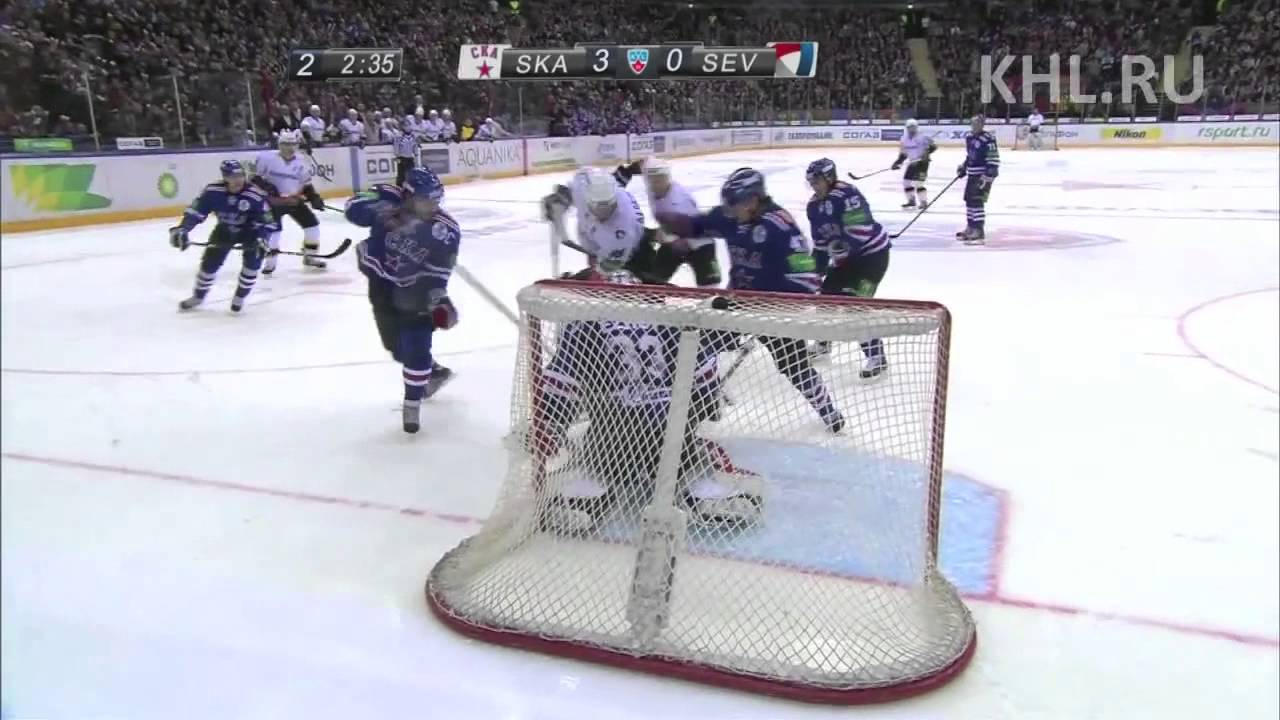 After being drafted Viktor Tikhonov spent the first 61 games of the 2008-09 NHL season with the Coyotes putting up 16 points in 61 games. He finished off the season at the Coyotes AHL affiliate San Antonio Rampage with two goals and one assist in four games.

The following season he spent 18 games in San Antonio with a lackluster contribution of only eight points. The Coyotes worked out a deal to loan him to Cherepovets Severstal of the Kontinenal Hockey League until March of that season when he rejoined the Coyotes without seeing further game action. Viktor Tikhonov felt his time in Russia was tremendous for his development.

“Last year here in Phoenix, I was more of a defensive kind of guy – penalty kill and stuff like that,” he said. “But over there, it switched completely for me. I was power play and scoring, and that worked out well.

He went on to spend the 2010-11 season solely at the AHL level back with the Rampage. In 60 games he provided 33 points, however the following season would see him to return to Russia and the KHL where he has spent that past three seasons.

With St. Petersburg SKA of the KHL in the past three years he has scored 47 goals and 44 assists in 133 games. He has also shown well in the KHL playoffs with 12 goals and nine assists in 25 games during that time.

He was also a member of the Russian Olympic Hockey team at Sochi in 2014 but only saw action in two games contributing a lone assist. More recently he has been on fire at the 2014 World Hockey Championships, leading the tournament in scoring with 14 points through seven games with a plus nine rating. This performance is likely was caught the eye of Don Maloney and the Coyotes professional scouts. 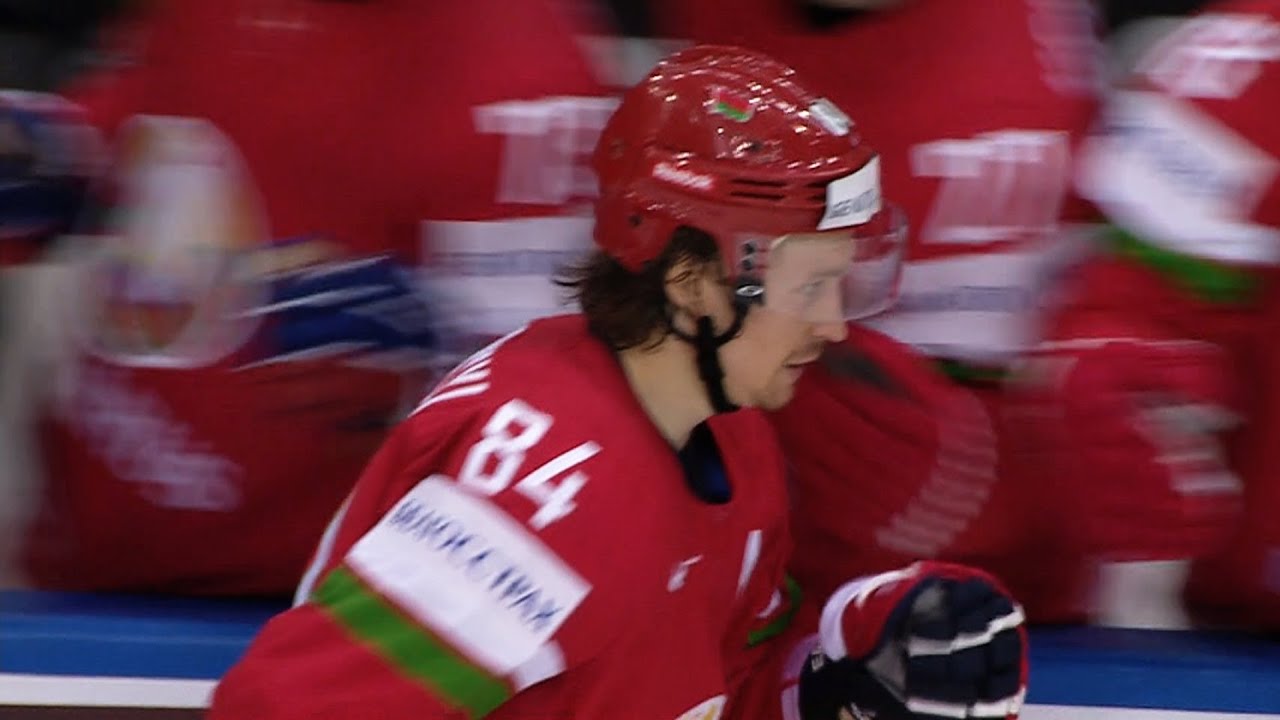 Do the dollars make sense?

He is currently just 26 years old and entering his prime and with his experience in the KHL it would not be unreasonable to expect him to move into a third line role with some second unit power play time. The dollars could be a challenge as Viktor Tikhonov has been making approximately $3.3 million (USD) in the KHL.

Tikhonov’s last NHL contract had a salary of $826,875 with an AHL salary of just $65,000. If he is to come back to the NHL he would most assuredly be required to take a pay cut down to between the range of one to two million dollars. As well, if he is coming back to North American it must be on a one way contract and playing in the NHL. Otherwise he would most surely bolt back to the KHL and enjoy the playing time he receives there.

Would he be a fit with the Coyotes?

He can play either win and fill in at center when need be, but he is best utilized as a winger. He would slot into the depth chart on either wing, however he could battle Lauri Korpikoski on the left wing for the second line spot.

Overall that is a relatively solid top nine forwards with depth all around. Granted there are no star scorers in that group, but it should be effective enough to be more productive than last season.