Michael Grabner might just be the fastest skater in the NHL. However, outside of his first season with the club, Grabner’s point totals have not been remarkable. It was after that first year that Grabner secured a four year contract, and many assumed he’d become a solid second line player for years to come. 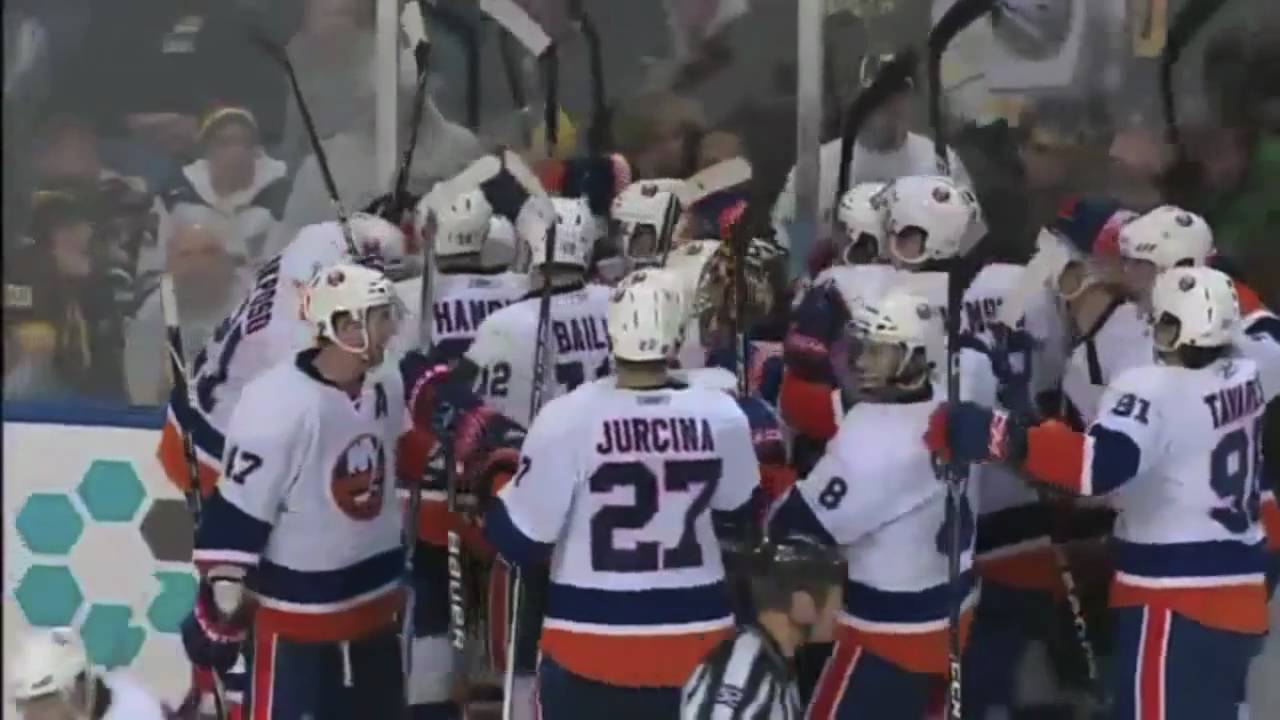 However, it seemed that the Gremlin could not find the back of the net with the same regularity that he once was able to. If not for his penalty killing prowess, he might’ve even found his way off the team at several times.

Now that the Islanders have become an extremely deep team, with both free agent additions and young players finally starting to mature, it seems as if Grabner’s role is no longer as secure as it once was.

So what does all this mean? Well, a few things, really- the team will likely have some sort of competition between Josh Bailey and Michael Grabner for a third line wing role (a competition Josh Bailey was winning before his hand was fractured), and it appears that the team wants to stick with the prospects and see how they can contribute. This was evidenced by the team calling up Anders

It also seems that the team does not want a repeat of the Nino Niederreiter fiasco, so they’re not going to force players to not play in order to get veterans out on the ice more.

Should Bailey continue to produce when he comes back from injury, it looks as if that spot will be his, which is where this gets interesting. Has anyone really looked bad enough to warrant themselves losing a spot? The answer to that is, in my opinion, no.

Where are you going with this?

Well, it seems that every year Islander fans need a whipping boy, someone to blame for something the team hasn’t done well to this point. This year it seems as if this year, Matt Martin is that guy. He’s leading the league in hits once again, but his role is greatly diminished with the addition of Cal Clutterbuck to the fourth line.

It’s not outside the realm of possibility that Matt Martin could lose his starting spot with the Islanders. This is something once thought impossible by many fans, but with every game, it seems we’re getting closer to exactly that.

Once Michael Grabner comes back, swapping him into Matt Martin’s spot might just be the best thing for the team. Hear me out.

Michael Grabner may not be the sniper he once was, and that may or may not ever come back. Regardless, Jack Capuano cannot

live in the past regarding what Grabner did at one point. Instead, Grabner could slide into an energy or checking line role as a good defensive player with offensive upside. Seeing as Clutterbuck led the league in hits until Martin showed up on the scene, you’re not really losing the hitting factor you have, just reigning in the numbers a bit. Plus, swapping in Grabner here gives the fourth line three viable options to score goals at any given moment.

The Islanders use their fourth line more than any other team in the league, and having Matt Martin on that line for that many minutes per game is not ideal. If Capuano is sold on playing this energy line as much as he does, adding speed, offense and defense to the line can only help give up less goals.

This also would not be a player learning how to play with new players- Michael Grabner has logged minutes on a line with Cal Clutterbuck last year, so there is some chemistry there as well. Cizikas and Grabner also played penalty kill minutes with each other last year, where’s theres also chemistry.

A move like this would also demonstrate the offensive upside Cizikas has. A plus skater and passer, having a player like Grabner on his wing would surely be good for some goals against unsuspecting defenses.

This shouldn’t be seen as a demotion for Grabner, either. Remember, the Islanders use their fourth line more than anyone else, so he’d be getting his minutes and chances. The point here is that his game, mixed with the other player’s he’d be playing with, could create something better than the sum of their parts.

Matt Martin is a fan favorite for a lot of fans, but that shouldn’t blind people to the fact that he has been the weakest link on this team to this point. With a few weeks before Grabner’s return, he does have time to try and salvage his spot, but he’s going to have to work hard to do that. Many will root for him, but remember to root for the name on the front, not on the back, Islander fans.

3 thoughts on “Why The Islanders Fourth Line Needs Michael Grabner”