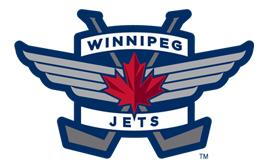 With Jets fans anxiously counting down the days until October 9th, they finally have some Hockey to look forward to when the Young Stars Tournament gets under way early September in Penticton between the prospects of the Winnipeg Jets (replacing the Anaheim Ducks), The San Jose Sharks, the Calgary Flames, the Edmonton Oilers and the hosting Vancouver Canucks.

The first selection for the new Jets, picked directly after the name unveiling at the 2011 NHL Entry Draft, Scheifele had an impressive 2010/2011, playing in 66 games for the OHL’s Barrie Colts and scoring 75 points. Scheifele was named a top 3 player for Team Canada at the 2011 IIHF World Under 18 Championships and scored 4 goals and 9 assists for his country.

The 20-year-old Swede was selected 34th overall by Atlanta in the 2009 Entry Draft and has one NHL game to his name, the same game that was to be Atlanta’s last before moving to Winnipeg. Noted as a hardworking winger with great skating ability, Klingberg is expected to develop into a great checking line player for the Jets.

Hoping to become the third Chinese-Canadian NHL player in history, Yuen was a fourth round draft pick for the Jets in 2011. The 6 foot defenceman successfully improved his offensive game last season, scoring a career high 34 points for the Tri-City Americans in the WHL making him a constant threat on both sides of the ice.

Considered by many to be a goaltender of the future, Pasquale has quietly moved up the ranks from the OHL and ECHL to the AHL and will likely be a starter for the St John’s farm team in 2011/12. The Toronto, Ontario native posted a GAA of 2.93 and a Save Percentage of .900 in 24 games for the Chicago Wolves last season.