It is no secret the World Junior Hockey Championships provides an outstanding opportunity for scouts to evaluate prospects – both drafted and undrafted. 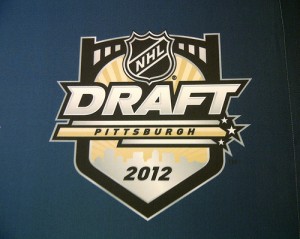 Part 1 of this series highlighted the top 10 performances (with a bonus prospect and a couple of sleepers) by first-year 2012 draft eligible prospects.

Part 2 focuses on the top 10  over-agers that have been previously passed over in the draft at least one year.

*Please note that this is not a ranking of the prospects for the 2012 NHL draft, but simply rating their performance at the World Juniors.

(Prospects who have passed through at least one draft undrafted)

Pearson’s meteorological rise this season has taken him atop the OHL scoring lead and he has yet to give it up despite joining Team Canada for the World Juniors. His 2.09 PPG is the best in the league by quite a margin. Pearson is the classic late bloomer and is a case in point that hockey scouting is far from an exact science. He has been passed over twice already in the NHL draft, but don’t expect that to occur a third time. He had 6 points in 6 games for Canada putting his very good hockey sense on fine display.

Projected Round Drafted: 2nd to 3rd round with an outside chance of landing in the first round.

As I stated in my article coining him “Picasso” – a hockey artist.

Team Russia’s #8 is an extremely crafty and savvy forward who is equally adept at scoring or playmaking. He is very elusive and exhibits laser-like precision shooting and passing.

Size and the Russian Roulette Factor are his biggest obstacles should he want to cross the pond to tackle the NHL. He finished tied for 6th in scoring at the World Juniors.

Projected Round Drafted: 2nd to 5th round

Makarov’s gold medal game exploits against Sweden are well documented. He was the somewhat surprise starter for that game – named by Coach Bragin after Makarov came in for the yanked phenom Andrei Vasilevski to hold off Canada and the miracle comeback attempt with 5 minutes left to play in the semi-final game. He is a cool, calm and collected netminder who reminds some of Evgeny Nabokov.

Projected Round Drafted: 2nd to 4th round

While he didn’t necessarily have a stand-out World Juniors per se, Hyka is on the radar of many NHL scouts. Hyka was involved in some offseason hockey intrigue as the Flyers seemingly mistakenly thought they could simply sign him as a free agent after a strong training camp rather than drafting him.

Flyers knew Hyka was on the board in the seventh round of the 2011 draft, they thought about drafting him, and then decided to take big goon Derek Mathers instead.

Projected Round Drafted: 4th to 7th round

Richard led Switzerland in shots with 25 and chipped in 2 goals and 2 assists in 6 games. He’s also averaging well over a PPG for the Guelph Storm of the OHL.

Projected Round Drafted: 4th to 6th round

Krejci impressed me throughout this tournament with his solid and sometimes dynamic play at both ends of the rink. Amongst blueliners who have yet to be drafted in the NHL, Krejci was tied for 1st in points with Finland’s Ville Pokka – both notching 4 points.

Projected Round Drafted: 4th to 7th round sleeper pick

Thorell is ranked 17th by NHL Central Scouting amongst International Skaters despite being passed over in the draft last year. Thorell was tied for 4th in tournament scoring with 6 points in 6 games amongst players who have not yet been drafted by a NHL team. Thorell is a speedy, slightly undersized forward with good hockey sense and a fearless approach to the game.

Projected Round Drafted: 4th to 7th round

Chovan was also tied for 4th in tournament scoring with 6 points in 6 games(with 5 goals) amongst players who have not yet been drafted by a NHL team. Chovan is a physical winger and while not the fastest player, he is a diligent worker and has tremendous determination.

The Brandon Wheat King is yet another CHL Swiss import player having success. The diminutive winger is averaging nearly a PPG in the WHL and notched 4 points in 6 games in the World Juniors. His size doesn’t stop him from playing a physical game. He is a shifty skater with good offensive instincts.

Projected Round Drafted: mid to latter round sleeper pick

Vermin is known as a streaky scorer, but was hot for the Swiss scoring 4 goals in 6 games and added 1 assist. Puckhandling and his shot are the obvious strengths of his game.

Projected Round Drafted: late round

Spelling was 3rd in scoring for Denmark and finished tied for 16th overall in scoring amongst players not yet drafted in the NHL.

Projected Round Drafted: late round

Follow ChrisRalphTHW on Twitter as he infiltrates, dissects and analyzes all happenings of hockey prospects & the NHL entry draft