It’s over. Finally! The longest ongoing Stanley Cup drought no longer belongs to the Chicago Blackhawks. Hooray for the Hawks and their fans. They are very deserving champions. The Cup parade should be ridiculous. 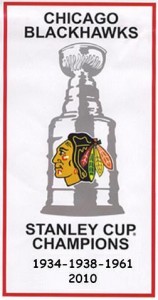 The franchise has magnificently snapped a 49 year-old Stanley Cup famine. The Toronto Maple Leafs now own the longest rolling Stanley Cup drought. They are the only team left that has not experienced victory since the Original Six era, in days of yore. The King is dead. Long live the King.

Younger hockey enthusiasts already know the Toronto Maple Leafs have been just about the worst team in hockey over the past five years. What some people tend to overlook is just how bad this franchise has been overall since they last sipped from Lord Stanley’s chalice in 1967, just before the summer of love when Sgt. Pepper was still a Private. The Leafs have missed the playoffs entirely a dreadful 15 times since then.

During their Cup-winning dearth, the Blackhawks at least made the Stanley Cup Final three times. They were second best in the league in 1971, ’73 and ’92, settling for the silver medal. The Leafs, on the other hand haven’t been close. Their fans have not even enjoyed a Stanley Cup Final series since ’67, let alone a Cup championship. In fact, since 1980, all participating playoff teams have had to win four playoff series in one playoff season to be crowned champions. The Leafs have never won more than two playoff series in any season in NHL history. 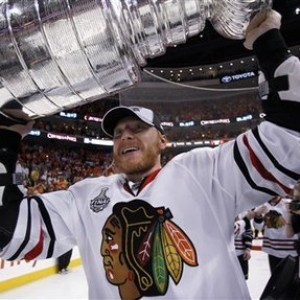 During their 49 year Cup drought going back to 1961, the Blackhawks failed to make the playoffs 10 times. Nine of those ten dry years were in the past 13 seasons since 1998. Of major concern to the team was the dwindling attendance numbers. It caught the eye of everyone, including the usually defensive Commissioner Gary Bettman who openly expressed dismay at the eroding fan bases in traditional markets like Chicago and Boston. It seems Chicago hockey fans were not interested in supporting a perpetual loser.

The Hawks bottomed out and reaped the rewards of top draft picks. Infused with a real sense of urgency, the Hawks also drafted wisely. Stalwart defenseman Duncan Keith was selected 54th overall in 2002. Dustin Byfuglien was chosen 245th overall in 2003, Brent Seabrook, 14th in 2003, Dave Bolland, 32nd in 2004 and Troy Brouwer, 214th in 2004. The Hawks carefully retained, nurtured and developed their talent to compliment the natural skills of higher picks Jonathan Toews and Patrick Kane. Along with wise free agent signings and really solid, beneficial trades, they built a winner. The fans returned.

It says here the Toronto Maple Leafs, the new Cup drought leaders, will never bounce from near worst to first like Chicago did. Leafs fans are incapable of the stay-away, tough love necessary to spark real change. There are just too many hockey fans in and around Toronto that naturally align themselves with the home team. The Leafs are continuously guaranteed full houses and the highest revenues in the league. Thank the city’s culture of losing that is noted and pasted all over the place.

Maple Leafs Could Have Been a Contender

In 1996, before the Salary Cap, the Leafs had a chance to sign Wayne Gretzky as a free agent. It would have given them the awesome trio of Doug Gilmour, Mats Sundin and Gretzky down the middle and a very good chance at ending the eternal Leaf Cup drought. Leaf owners concluded that adding Gretzky could not fill a single additional seat that wasn’t already filled. The marginal financial benefit of signing him was zero. Gretzky went to the New York Rangers instead. He had more points in his first season with the Rangers than any Leaf player. The Leafs in turn traded away Gilmour that season and missed the playoffs again.

It has been one horror story after another over the past 43 years for sorry Leafs fans. Their team has experienced the longest current Cup drought of all NHL teams and they can realistically expect it to last the rest of their lifetimes. From this minute forward, the longest ongoing Stanley Cup drought belongs to the Toronto Maple Leafs. How absolutely fitting!