In February the Albany Devils experienced the ebbs and flows of the grind of an American Hockey League season. Every time the team looked like it was going to step up and become the class of the North Division, they would encounter a hiccup or two. Through it all the club is essentially where it has been, second place, for the majority of past season and a half, although the race is tightening.

The A-Devils and their 64 points are two behind the Syracuse Crunch and two ahead of the Toronto Marlies. Overall the top affiliate of the New Jersey Devils sports a ledger of 31-24-1-1, with a win percentage of .561. During the month of February, the squad went 6-7-0-0.

There were some notable choices, including a 6-1 thrashing of the Crunch and a 5-4 overtime comeback with four unanswered goals at the Marlies. Their most complete game was a Feb. 17 affair against the league-leading Wilkes-Barre/Scranton Penguins. Blake Coleman opened the scoring at 58 seconds into the first period. Ben Sexton, Max Novak and Nick Lappin also lit the lamp. This marked the first shutout of the season for the A-Devils and the first in the young career of Mackenzie Blackwood, who registered 24 saves. 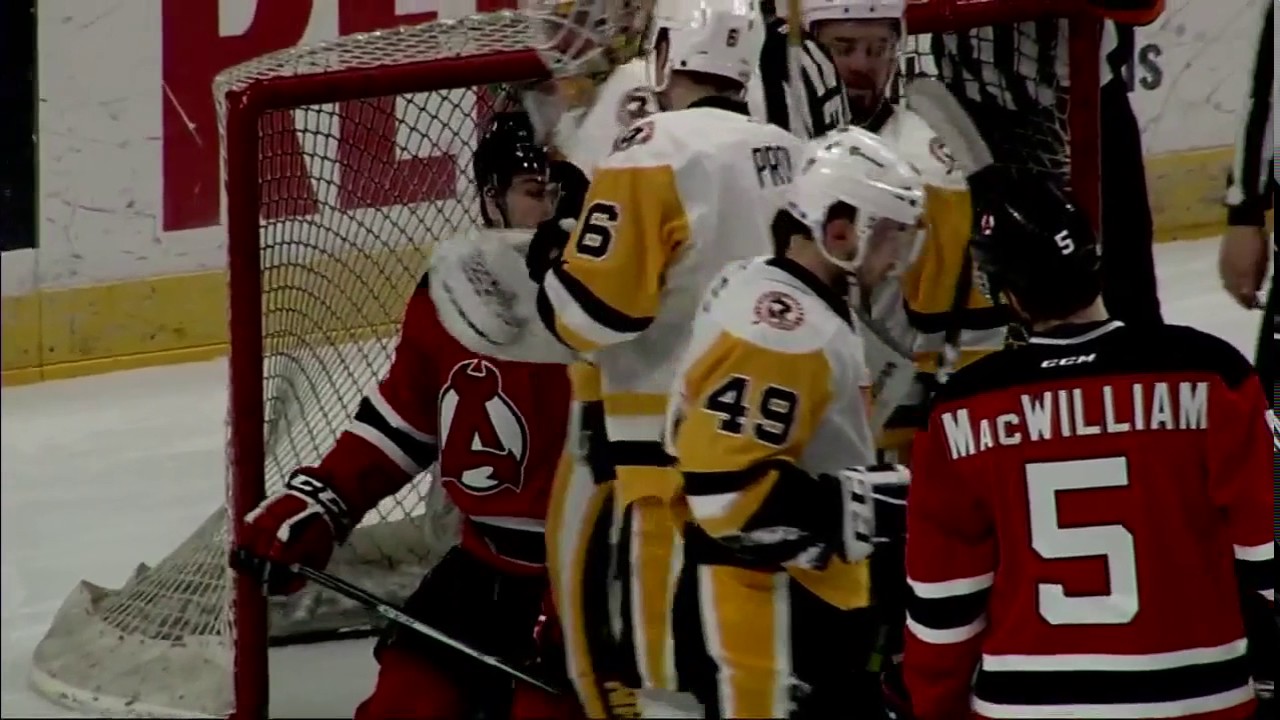 At 86.4% the A-Devils boast the second best penalty kill in the league. The unit has improved from its 84.5% in January, which was fifth in the circuit.

This area is what prevents this club from taking the next step, especially after losing four games in February by one goal. They have to improve at taking advantage of opportunities on special teams. The A-Devils power play is No. 23 in the league, at 13.3%. Their seven short-handed goals allowed ranks second worst on the circuit.

Chalk it up to stage fright or maybe they were too depressed to see where they would be playing home games next season but a 6-2 loss at the hands of the Binghamton Senators was brutal. The future B-Devils were bedeviled. After the A-Devils took a 1-0 lead early in the first, the B-Sens scored the next six in a rout. As of this writing, the B-Sens have the sixth-fewest total points in the league.

At one juncture the Devils forward registered a nine-game point streak. The Brown University product netted six goals and dished out seven helpers.

Following a great January was a solid February performance by Sexton. The Clarkson University product posted six goals and assisted on two more.

Much like the aforementioned Sexton, Coleman carried his excellent play into February. The Miami University product notched four goals and delivered six assists.

Thanks in part to high school wrestling championships and the NCAA MAAC basketball tournament, the A-Devils don’t return home to downtown Albany until March 17 against the Springfield Thunderbirds. When a team is out of sight and out of mind for a month, you wonder why attendance suffers but I digress.

The A-Devils begin the month with a pair of consecutive Friday and Saturday tilts at the Providence Bruins and Utica Comets and then at the Senators and the Bridgeport Sound Tigers. Following their aforementioned home game, they hit the road and face the Crunch and Thunderbirds.

The Devils return home with three games in four days against the Sound Tigers, Comets and Bruins. Their game against the Bruins, March 25, will be an Albany River Rats throwback sweater night, which may be the final time the logo is ever worn on the ice. They close out the month at the Bruins.