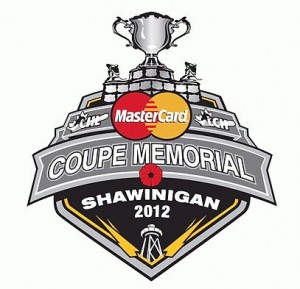 The Memorial Cup is the most prized possession in Canadian major junior hockey.

This year, the tournament is being held in Shawinigan, Quebec, home of the Cataractes. Last year’s Memorial Cup was won by the Saint John Sea Dogs, who won a thrilling tournament by defeating the Mississauga St. Michael’s Majors in the final. Recent champions also include the Windsor Spitfires (2009-2010), Spokane Chiefs (2008), Vancouver Giants (2007), and the Quebec Remparts (2006).

All of the Canadian Hockey League’s players, whose ages range from 16 to 20, dream of winning the crown of junior hockey. It takes extreme commitment, dedication, and effort from all teams who compete for it. These teams have been competing since September, and here we are, in the middle of May, and these young men are still going all out.

The four teams competing for the 2012 Memorial Cup are the Edmonton Oil Kings, London Knights, Saint John Sea Dogs, and the Shawinigan Cataractes.

The Oil Kings were the final team to qualify for the Memorial Cup, but that doesn’t mean Edmonton isn’t one of the best teams in the CHL. After a terrific regular season, and a thrilling seven game championship series against Portland, the Oil Kings will look to continue their success at the upcoming tournament.

Laurent Brossoit, the MVP of the WHL final, will be a vital player for Edmonton. If they’re to take the Cup, Brossoit will have to continue his stellar play. With his 0.933 save percentage in the playoffs, it’s expected Brossoit will have no problem adjusting to the pressures of the Memorial Cup.

In front of Brossoit, the Oil Kings have a very talented group of defenseman. Captain Mark Pysyk, who has played for Canada at the World Juniors, leads the way for Edmonton. Martin Gernat will likely provide an offensive punch from the back-end, and draft eligible Griffin Reinhart and his plus 14 playoff plus/minus will also carry heavy minutes. Keegan Lowe, a draft pick of the Carolina Hurricanes, is also very reliable.

Edmonton is loaded with talent at the forward position. Curtiz Lazar, a 1995 birthdate, has performed exceptionally for such a young player. He led the Oil Kings in scoring during the playoffs, and will be counted on to continue to produce. Michael St. Croix and Tyler Maxwell also put up a high amount of points in the playoffs. Fans will recognize the last name of Henrik Samuelsson. The son of the infamous Ulf, Henrik is eligible for the upcoming NHL Draft, and though he plays a different style than his father, he clearly carried down some character traits on the ice.

With such a young team, the London Knights were not expected to be league champions at the start of the season. However, right from the start, the Knights have consistently been the OHL’s most impressive team.

Experts have even gone as far as saying that this group might just be the best one the Ontario Hockey League has ever seen.

The Knights are led by goaltender Michael Houser, the league’s 2011-2012 Most Outstanding Player. Houser is just the fifth netminder to win the Red Tilson Trophy, and after playing an astounding 62 regular season games, he’s still going strong. After the OHL championship game, captain Jarred Tinordi commented that the team would never have got this far with Houser.

Up front, London is so deep they’ve had to sit great players as healthy scratches throughout the playoffs. Their top scorers in the playoffs were, in order of points, Seth Griffith, Olli Maatta, Vladislav Namestnikov, Austin Watson, Ryan Rupert, Greg McKegg, and Max Domi. Consider that four of their top seven haven’t even been drafted by NHL clubs, and you’ll see just what kind of team this is. Ryan Rupert will be someone to watch as the tournament goes on. He’s known as more of an agitator on the ice, but he came up big time in the playoffs, and scored a clutch hat-trick in the championship final.

As the OHL playoffs went on, it became a regular occurrence to see London’s well-known stars playing as role players. Names such as Griffith, Jared Knight, and Watson could often be found on the penalty kill blocking shots. Watson played his new role so well that he was named the championship’s Most Valuable Player.

On the back-end, the Knights are led by Scott Harrington and Jarred Tinordi. Prospects of the Pittsburgh Penguins and Montreal Canadiens, respectively, they’re the core of the defense, and have shut down opposing team’s top lines all season. Olli Maatta, who is eligible for the upcoming 2012 NHL Entry Draft, was a force in the playoffs, and was second in team scoring with 23 points in 19 games.

The response of their young stars could ultimately determine the Knights’ fortune.

The reigning Memorial Cup champs are back for more. Some say the 2011 Sea Dogs seemed too good to be true; the 2012 edition of the team is thought to be even better.

Led by offensive dynamos Charlie Coyle, Stanislav Galiev, Jonathan Huberdeau, Tomas Jurco, and Zack Phillips, Saint John is filled with future National Hockey League talent. There won’t be too many goaltenders in this tournament who will be looking forward to having one of them come down on a breakaway.

Huberdeau put on a show in last year’s Memorial Cup, and certainly earned being named the third overall pick of the Florida Panthers in the following draft. After nearly making the big club out of training camp, Huberdeau was bothered by injuries throughout the season, and was limited to just 37 games. However, he still came third in team scoring with 72 points.

The addition of Charlie Coyle mid-season only added to the talent of this team. Coyle chose to leave Boston University and take his talents north to Saint John. He will be a key player for the Sea Dogs in this year’s Memorial Cup, and the duo of Coyle and Huberdeau could be lethal for opposing teams.

Saint John’s defensive group his lead by Nathan Beaulieu, a first round selection of the Montreal Canadiens. He’s been stellar this season, and alongside Huberdeau, represented Canada at the World Junior Championships in Alberta. Charles Olivier-Roussel and Kevin Gagne were also solid for the Sea Dogs this season.

In goal, Mathieu Corbeil leads the charge. He led the league with a 2.38 goals-against-average this year, and will be relied upon to keep up his terrific play in throughout the tournament.

The Sea Dogs are widely considered the favourite to once again win the Memorial Cup.

The Shawinigan Cataractes are the proud hosts of the 2012 Memorial Cup. Though they finished just sixth overall in the regular season standings, and were eliminated in the second round of the playoffs by the Chicoutimi Sagueneens, Shawinigan is still expected to more than hold their own.

Right off the bat, while taking a quick look at their roster, the name of Kirill Kabonov will jump off the page at you. Kabonov has been surrounded by controversy over the last few years, and fell a great deal in the NHL Draft because of it. Recently, it has been rumored that Kabonov will play in the KHL next season, instead of joining the New York Islanders’ system. Regardless, he’s considered by many as Shawinigan’s top player, and will be heavily relied upon in this tournament.

Michael Bournival is another name many Canadian hockey fans will recognize. Bournival suited up for Canada at the World Juniors this past winter, and played quite well when he was on the ice. While he may not put up the greatest numbers, the Shawinigan native is still one of the Cataractes’ top players. Michael Chaput and Anton Zlobin will also be looked at to provide offensive sparks.

As hosts, the team was guaranteed a spot in this tournament prior to the start of the season, so they knew it would be in their best interests to acquire a high calibre player this season. That player turned out to be a defenseman in Brandon Gormley, who came over from the Moncton Wildcats shortly after being named the top defenseman of the 2012 World Juniors. A first round selection of the Phoenix Coyotes, Gormley will be expected to provide great leadership and defensive play in the Memorial Cup. Morgan Ellis and Jonathan Racine are also tremendous defenseman for Shawinigan.

The number one protector of the parted pipes for the Cataractes is Alex Dubeau. He had the best goals-against-average in the league during the QMJHL playoffs with a 2.08 GAA. Backing him up is Gabriel Girard. It is expected that Dubeau will get the call for most games.

While Shawinigan is by no means the favourite, the fans will be behind them all the way, meaning they could potentially grab the support by the horns and ride it to the final.

Stars are born at the Memorial Cup, and if you’re in the Shawinigan area in the next couple of weeks, it will definitely be a great place to be.