Several injuries to wingers and the departure of Alexander Semin left the Habs with injury woes on the wing position. While fans call out General Manager Marc Bergervin to trade for a winger, Montreal is meanwhile looking for internal solutions to fill the void and turn to their prospects. And Charles Hudon, Daniel Carr and Sven Andrighetto are doing a good
job so far.

While it is the first call up for Hudon and Carr to the big league, for Andrighetto it isn’t the first time he knocks at Montreal’s door. The Swiss winger who was selected in the third round of the 2013-Draft made his NHL debut last season and played 12 games with the Habs and scored three points. Similar to this season’s situation, the Habs were injury plagued also last December and Andrighetto got the call up back then.

He didn’t waste time and scored his first NHL-goal with his first shot. It was a nice give and go with Tomas Plekanec before he pulled of a nice forehand-backhand move to beat Kari Lehtonen. Some days later, he played in his first game at the Bell Centre and managed to get an assist followed by another goal in the next game against the Kings. His point production stopped after this furious start as he saw himself limited to less than 10 minutes of ice-time in most of the games and after 12 games he was sent down again as players returned from injuries. This story could be repeated this year when players return to injuries, but Andrighetto will do everything needed to stay in the NHL this time.

Again, Andrighetto has earned this. I hate the narrative that Semin wasn't given a fair chance. Same could be said for Sven #Habs

When Torrey Mitchell was placed on the Injured Reserve list on November 22, the Montreal Canadiens decided to call-up Sven Andrighetto from the St. John’s IceCaps the first time this season, where he put up solid numbers this season so far – He scored over 40 regular season points in both of his first two AHL-seasons. The disappointment of Semin ending in his departure to the KHL and the addition of injuries earlier in the season to Zack Kassian and Brendan Gallagher forced the Habs had to make some call ups. for Andrighetto this means another chance to prove that he belongs to the NHL.

The Montreal Canadiens are still juggling their lines and haven’t found the perfect match yet without Gallagher. Andrighetto saw some ice time on the top line alongside Alex Galchenyuk and Max Pacioretty but seems to be a better fit on the second line with Galchenyuk and Lars Eller. This would give the Habs a strong first line with Pacioretty, Plekanec and Dale Weise and a second strong force with Galchenyuk, Eller and Andrighetto. The latter would take over Semin’s spot in this combination, and would mean bring more speed onto this line.

With his speed and scoring touch, he would also be a good fit in one of the bottom-six lines but it remains to be seen if he would be a good match with third line center David Desharnais as they are both playing a similar style and both are quite undersized as well, which could be a risk to fail.

As you might have guessed, Sven Andrighetto leads the #Habs in goals/60 (50 minute min): https://t.co/mqVfgQ4X4s

I would have liked to see Andrighetto with the Habs from the start of the season as I see him as a perfect fit for Montreal with his playing style, speed and offensive upside but the signing of Tomas Fleischmann and the waiver claim of Paul Byron closed the door for Andrighetto for the time being. Although Fleischmann is performing well, I would have preferred if the Habs filled the bottom-six winger positions with their own prospects in order to give them a chance to develop in the best way.

Andrighetto grew up playing in the organization of the ZSC Lions, the same organization Auston Matthews and Marc Crawford are a member of. This organization is considered to have the best youth academy in Switzerland and is among the top European educaction places outside of Scandinavia. He made his first steps within this organization but never played in the highest Swiss league.

After he played his first full season in the second highest Swiss league scoring decent numbers, the Rouyn-Noranda Huskies drafted him 11th overall in the 2011 CHL-Import Draft. In his two season with the Huskies he scored over 170 points which draw attention to the Montreal Canadiens scouting staff. Andrighetto signed a contract with Swiss team Geneve-Servette for the season 2013/2014, but has decided to stay in North America when the Habs signed him to an entry-level contract.

Wherever Andrighetto fits into the Habs line up, he made a clear statement that he belongs to the NHL. He is too talented to stay all season long in the AHL in my opinion. Coach Michel Therrien has to consider him a permanent solution if he continues to play the way he does right now. Key is that Therrien gives him the chance he deserves to get and doesn’t consider him only a temporary solution. 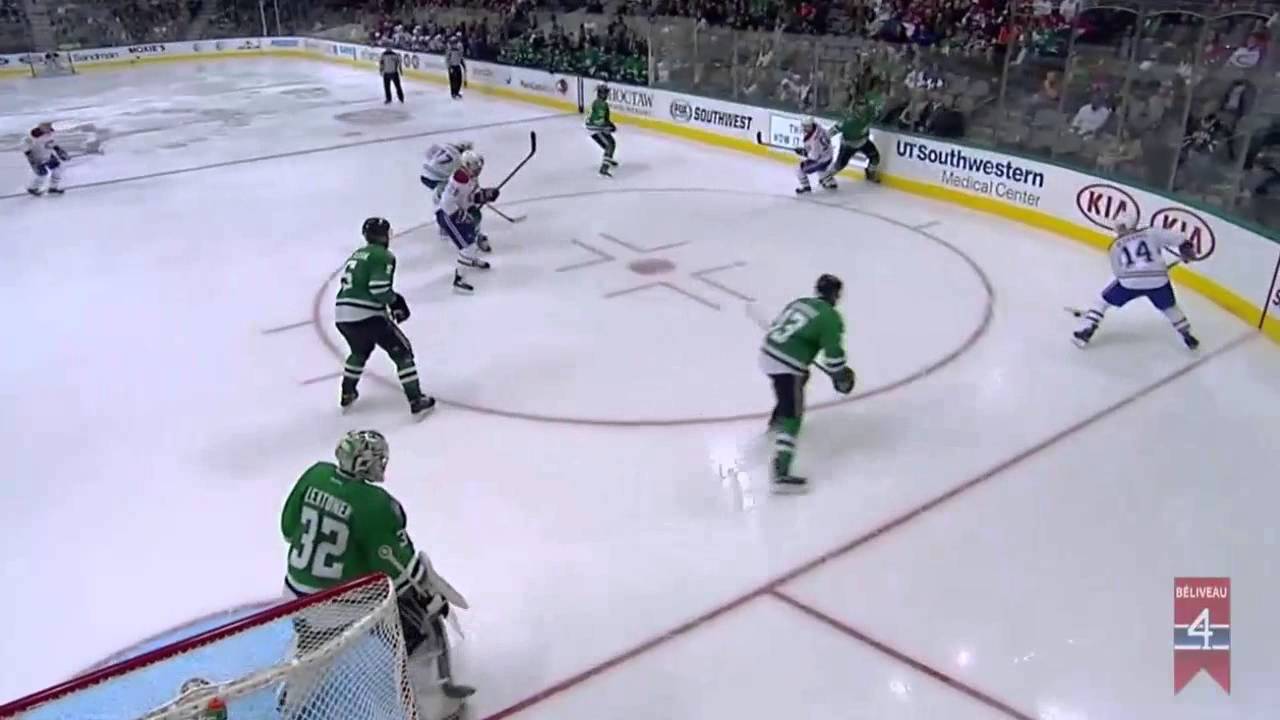