A Jack Adams Award nomination wouldn’t exactly be new to Montreal Canadiens head coach Michel Therrien. The way he would get there this time around most definitely is.

Of course, many place an asterisk beside that accomplishment for the simple reason that, at his disposal, he already had the best player in hockey at the time in Sidney Crosby, who was joined by Evgeni Malkin that season to form a two-headed monster.

In addition, while the analytics era effectively started only the following season and cannot tell an accurate story pertaining to the team’s success at driving play that particular campaign, in 2007-08 the Penguins had a 29th-ranked five-on-five Corsi for Rating of 45.4 percent. That’s bad.

The fact that Pittsburgh made the Stanley Cup Final that season is considered more an analytics outlier and a testament to the sheer talent he had under him much more than his coaching prowess.

It simply couldn’t last, in other words. And, sure enough, halfway through the next season, he got fired with a 27-25-5 record, paving the way for Dan Bylsma to clean up his mess, turn the team around for the second time in two seasons and win the Stanley Cup. 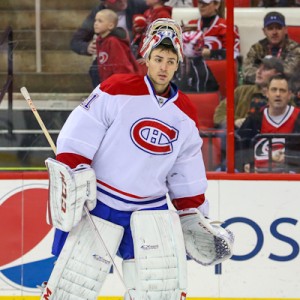 To his credit, Therrien has seemingly turned his coaching strategy on its head in turn. Granted, it’s kind of impossible to approach a team like the Canadiens, whose biggest star is in nets, the same way he approached the Pens.

However, with exception to his first half-year back with the Canadiens in 2012-13, that’s pretty much what he did from a puck-possession standpoint. That has worked both for and against him, as, with the luxury that is Price, especially last season, the team could afford to constantly get pinned down in its own zone.

However, good goaltending does not necessarily equal good defense, and, as advanced stats have taught fans over the better part of the last decade, a good offense generally does instead. Only now, with the team owning a Corsi for rating of 52.1 percent, does Therrien seem to embracing that philosophy.

It’s ironic, because, with Price hurt and the injuries up front accumulating as well, he would have the perfect excuse to collapse into a defensive shell from the get-go every whistle. And, while that can still happen over the course of the next few months Price will be out, up to now there might not be a better coach-of-the-year candidate. Sure, it’s just past a quarter of the way into the season and a lot can change, but unless a lot does, there’s really no one who deserves it more. 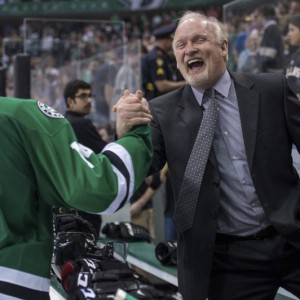 I mean, would Dallas Stars head coach Lindy Ruff be a better choice? With the all-star team he has in front of him? Sure, they’re within a finger’s reach of the Canadiens for first place overall, but it’s more a wonder how they weren’t at all close last season and even missed the playoffs.

How about New York Rangers head coach Alain Vigneault, who coincidentally beat out both Therrien and Ruff for the Jack Adams in 2007? It’s even more of a coincidence, because he seems to be subscribing to Therrien’s old strategy of living and dying by his goaltending, with Henrik Lundqvist probably the primary reason for that team’s success so far with a .935 save percentage. A recent three-game skid is hinting at a need for change and fast.

Meanwhile, even though Dave Tippett’s Arizona Coyotes have been a pleasant surprise, with just a 13-10-1 record and 27 points they’re precariously close to falling out of the playoff race, with just one point separating them from the ninth-pace Vancouver Canucks.

Needless to say, if this award has taught us anything in the past it’s that voters (members of the NHL Broadcasters’ Association) love a good underdog story. In that regard, Tippett may have a legitimate claim.

However, unless the Coyotes end up as last year’s Flames (with winner Bob Hartley getting his team to defy the odds by making it to the playoffs in spite of horrible possession numbers), it’s not going to happen. And one need only look at this year’s Flames to realize the Coyotes are playing with fire right now.

Continue down this path and they’re only likely to get burned come the draft lottery for the second straight year. It’s more likely at the first sign of struggle, general manager Don Maloney scrambles to sell off assets, like Devan Dubnyk, Keith Yandle and Antoine Vermette last year, in the best interest of his team’s long-term future.

The Rub with Therrien 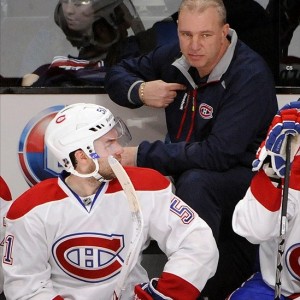 In many ways, these Canadiens are anti-thetical relative to each of the above teams, with Therrien being the only coach of the four not to yet have a Jack Adams.

The Canadiens currently don’t have the star power of, well, the Stars. With Price out, they don’t have the goaltending of the Rangers, and, even when he was healthy, it wasn’t as if he was carrying them like in past years. Finally, while the Coyotes are years away from legitimately contending, the Canadiens, after three straight 100-point seasons—all with Therrien at the helm—are seemingly finally there.

That’s the rub in that Therrien has enjoyed great success in each of the previous seasons to the point of falling just a few points shy of the Presidents’ Trophy last season. It’s the only “real” reason, if his team continues its current torrid pace, why he wouldn’t win the Jack Adams this season.

Essentially, he wouldn’t be given credit because of the competent job he’s done up to now. It would be a mistake to dismiss him, though. The way the Canadiens have played this season in the face of ever-mounting adversity proves that this team is greater than the sum of its individual parts.

It’s Therrien that has put them and finally got it together, himself. If it all sticks, an admittedly big “if,” Therrien should be in line for a couple of new firsts, the least of which would be the Jack Adams.