Following two straight seasons without a playoff berth, coach Claude Julien has found himself in a rather precarious position. An epic collapse in the final two months this past year caused great concern among Bruins management, especially general manager Don Sweeney. Julien was given the benefit of the doubt when Sweeney came out in a press conference and said that he would be coming back for next season.

Now, what does this mean for the Bruins? They get to keep the same man who guided them to a Stanley Cup championship in 2011 — their first in over 30 years. He has established himself as one of the most successful coaches in the game today, amassing a record of 393-223-88 over nine seasons with Boston and an overall record of 512-309-10-11 in 942 games (10th among active coaches in wins). Julien is currently seventh among active coaches with 61 wins and holds the sixth best record in win-loss ratio during the postseason.

Julien has been a pivotal figure in the Bruins success over the past nine seasons. This upcoming year, his 10th with the team will be the most challenging that he’s faced during his coaching career. With the team in a shaky state following two straight seasons without a playoff berth, it will be up to Julien to right the ship before it crashes ashore.

Claude Julien brings a ton of experience to the table when it comes to coaching. He coached parts of three seasons with the Montreal Canadiens, amassing a record of 72-62-10-15 in 159 games. Montreal finished fourth place in the Northeast division and seventh in the Eastern Conference during the 2003-04 season. Led by Julien, the Canadiens defeated the second-seeded Boston Bruins in a crazy seven-game series, coming back from a 3-1 deficit. Following a thrilling victory over their rivals, Montreal faced off against the Tampa Bay Lightning in what would be a short series, losing four straight and being bounced from the playoffs.

The effects of a sweep at the hands of the eventual Stanley Cup champions took its toll on Montreal once they reconvened after the wiped out 2004-05 season. Julien was fired mid-season and replaced by general manager Bob Gainey (a move that Julien would become accustomed to the very next season).

Dancing with the Devil

The New Jersey Devils hired Julien during the summer of 2006, becoming the 15th coach in their history. Things went along smoothly during the course of the 2006-07 season, as the Devils put together a franchise record of 49 wins. They finished the season as Atlantic Division champions while recording the least amount of power-play opportunities against and fewest power-play goals allowed. Martin Brodeur achieved multiple milestones during the season and the team led the league in shutouts with 12.

The only thing that people remember that season for however was the bizarre move by general manager Lou Lamoriello in firing Julien with only three games left in the season. Julien’s record of 47-24-8 wasn’t good enough apparently as Lamoriello famously stated,

I don’t think we’re at a point of being ready both mentally and [physically] to play the way that is necessary going into the playoffs. I am not saying that is going to change. But I think there has to be better focus moving forward.

The Lamoriello led Devils beat Tampa in six games during the opening round but lost to the eventual Eastern Conference champion Ottawa Senators in five games. Lamoriello’s eagerness to take over the reigns as head coach ended poorly and made Julien an incredibly sympathetic character.

The Bruins made a shift in command hiring Claude Julien in the summer of 2007. Julien’s expertise came into play as he led the team back to the playoffs for the first time in four years during his first season as head coach. A string of success would follow that first campaign, as Julien molded the Bruins into a perennial Eastern Conference powerhouse. The team would win their division on four occasions, including an Eastern Conference-leading regular season in 2008-09 and a Presidents’ Trophy winning season in 2013-14.

Then, of course, was the 2010-11 season when Boston claimed the Stanley Cup for the sixth time in franchise history. A Northeast Division title placed Boston third in the playoff bracket, set to square off with their longtime rivals from Montreal. An intense seven-game series ended with Nathan Horton’s game and series clinching goal in overtime. The Bruins bowled over Philadelphia in the semi-finals, sweeping them in four straight after an embarrassing seven-game series the previous year in which Boston lost a 3-0 series lead.

Boston would face off against Tampa in the Eastern Conference Finals. Similar to the series against Montreal, the Bruins and Lightning battled to the end and kept the series interesting for seven games. Once again, the hero of the series was Nathan Horton as he scored the lone goal in Game 7 to push Boston into the Stanley Cup Finals for the first time since 1990. The Bruins would claim victory over the Vancouver Canucks in another seven game series, winning every home game and the deciding game by a combined goal total of 23 to Vancouver’s 8. David Krejci led the playoffs in points (23) while goaltender Tim Thomas posted a 1.98 goals against average, .940 save percentage and four shutouts, including two in the Stanley Cup Finals. For his efforts, Tim Thomas was awarded the Conn Smythe Trophy as playoff MVP as well as the Vezina Trophy for top goaltender.

Julien’s ability to match lines, create difficulties for opposing teams and get the most out of his players earned him a reputation as one of the best coaches in the game. Julien received the Jack Adams Award for best coach in 2008-09 after leading the Bruins to a conference title with 116 points. His fiery attitude and penchant for not beating around the bush can be evident in this clip from the Road to the NHL Winter Classic series filmed last season. 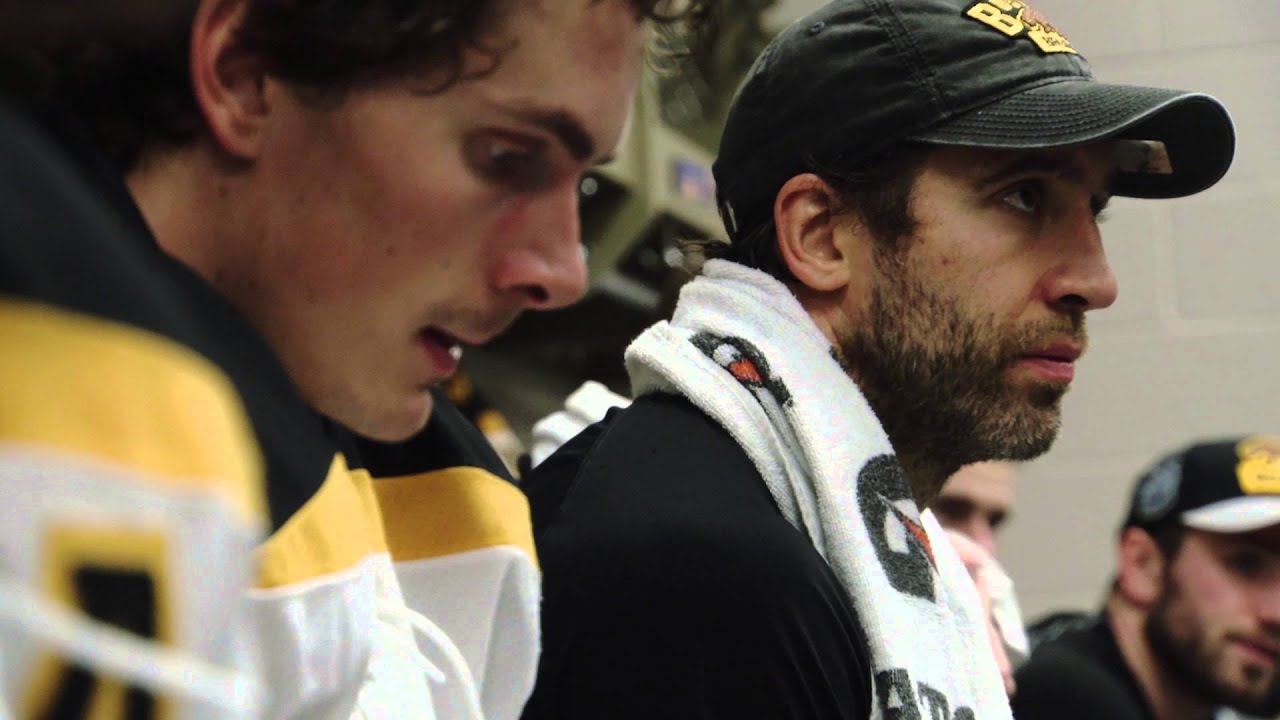 It’s ironic that while Julien has become an accomplished and well-respected coach around the league, he could also be considered the most ridiculed coach in the NHL.

Everything from the epic collapse of 2010 against the Philadelphia Flyers during their semi-final matchup, to the stunning loss in the first round to the Washington Capitals a year removed from becoming champions factors into the criticism of Claude Julien. The past two seasons have certainly done no favors for the Blind River, Ontario, Canada native.

Some wonder if the players no longer listen to or follow Julien. Some think it has to do with the system he employs. Others believe he isn’t doing enough to motivate his players. There’s also his lack of trust in younger players, resulting in healthy scratches or sitting on the bench. Whatever it might be, it’s obvious that this isn’t the same Bruins team that it used to be. Personnel changes by general managers Peter Chiarelli and Don Sweeney haven’t helped matters, especially when you consider what players like Tyler Seguin, Phil Kessel, Dougie Hamilton, Johnny Boychuk and Reilly Smith have done since their departures.

Both general manager Don Sweeney and team president Cam Neely went on record to defend Claude Julien and express their belief in his ability as head coach of the Bruins.

Cam Neely said Claude Julien did "a great job" in difficult circumstances this season, and that he had no problem w/him coming back

This is absolutely Julien’s last chance to stick with the black and gold. He’s had two disappointing seasons in a row and has a flock of younger players competing for positions in training camp. With newcomers David Backes, Dominic Moore, Riley Nash and Anton Khudobin in the mix, Julien has to put the pieces of the puzzle back together to make this team successful again.

The Bruins figured there wasn’t a better choice available if they planned on letting him go. Depending on how the upcoming season goes, fans could be rejoicing over a rejuvenated Bruins squad or could be incredibly discouraged for a third straight year.

I started my hockey writing experience with Metro Hockey, covering the New Jersey Devils from 2008-10. I co-created the Atlantic Division Hockey blog which ran from March 2010 to July 2011. I hosted a radio show for 90.3 WESS at East Stroudsburg University called Get The Puck Out from August to December 2014. I also played for ESU’s Division III hockey team from 2009-2011.