Thursday night’s shootout at Air Canada Centre between the Phoenix Coyotes and the Toronto Maple Leafs didn’t conclude without controversy.  The events that transpired in the first round were evidently so bizarre that even Yahoo Sports felt the need to weigh in.  The Leafs eventually won the shootout and the 2-1 victory.

As the shootout commenced, Toronto’s James Van Riemsdyk fired a shot that snuck under the pad of Phoenix goaltender Mike Smith, driving Smith back towards the net.  Neither of the two officials stationed closest to the net rendered a ruling as they scrambled to find the puck.  Did it cross the goal line or not?  No signal. 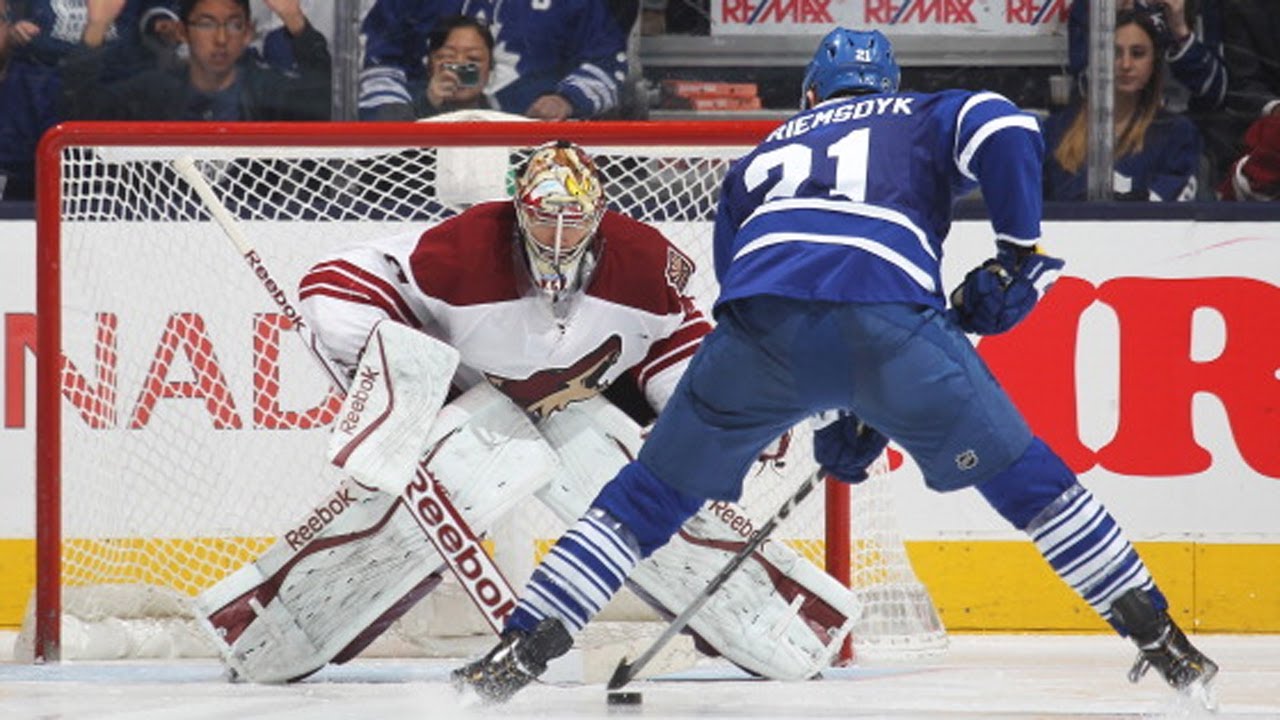 Was An Official Call Made?

Referee Paul Devorski, who is no doubt one of the NHL’s best officials (almost 25 years in the league with multiple Stanley Cup finals games under his belt, as well as the 2006 Olympic gold medal game), was not at the goal line during the hunt for the puck.  He called NHL game operations for a video review.  The “war room” told Devorski that evidence was inconclusive, and therefore Devorski announced that the original call would stand and that it was a good goal. Pretty straightforward, right?

The only problem was that there was no original call.  The NHL rulebook is crystal clear (Rule 25.11) that an official shall signal a goal with “a single point directed at the goal in which the puck legally entered.”  None of the officials made this signal.  However, Devorski had evidently told both Smith (by whispering in his ear) and Phoenix coach Dave Tippett that he saw the puck cross the goal line, and ultimately that sufficed as the ruling on the ice, even sans signal.

Mike Smith answers questions from media after the #Coyotes – #Leafs game that ended in a shootout. http://t.co/muoviSa9s4

“Paul Devorski told me ‘100 percent, I saw it in,'” Tippett said. “Paul was looking down the other way, where you don’t see him in the television camera, and you’ve got to take him for his word.”

However, the playoff race in the Western Conference is expected to remain tight all the way until April.  If the Coyotes end up missing the playoffs by only one point, you can bet their fans will remind us of Thursday’s events, and suffice it to say they will be howling mad.