The Philadelphia Flyers’ decision to not move the puck up ice once the Tampa Bay Lightning were set up in their 1-3-1 trap during Wednesday night’s game was not the most exciting moment in hockey history, but it could prove to be a defining one.

The National Hockey League has long had an issue with the variations of the trap and its stranglehold on offense. From Jacques Lemaire and the Devils to Detroit’s left-wing lock to Guy Boucher’s 1-3-1, the trap has bored fans to tears at many an NHL game over the past two decades.

Maybe, just maybe, this is the beginning of the end.

Before fans of strategy attack, here is a clarification: the trap is smart defensive hockey. It prevents odd-man rushes and creates turnovers. In theory, it is good for the game.

That being said, in practice, the trap and its variations are killing the game.

Pundits have come down on both sides of the issue, some saying Flyers coach Peter Laviolette is to blame for not advancing the puck, while others shoot their daggers at Tampa coach Boucher.

I do agree that the offensive team should be forced to move the puck forward after a few seconds. Watching defensemen passing the puck between each other several times or, even worse, watching an entire team stand still without moving the puck, is just dreadful. The NHL should have a rule in place that the puck must be advanced up the ice after a certain time period (5 seconds, 10 seconds) or a whistle is blown and a face-off is held in the offending team’s zone. 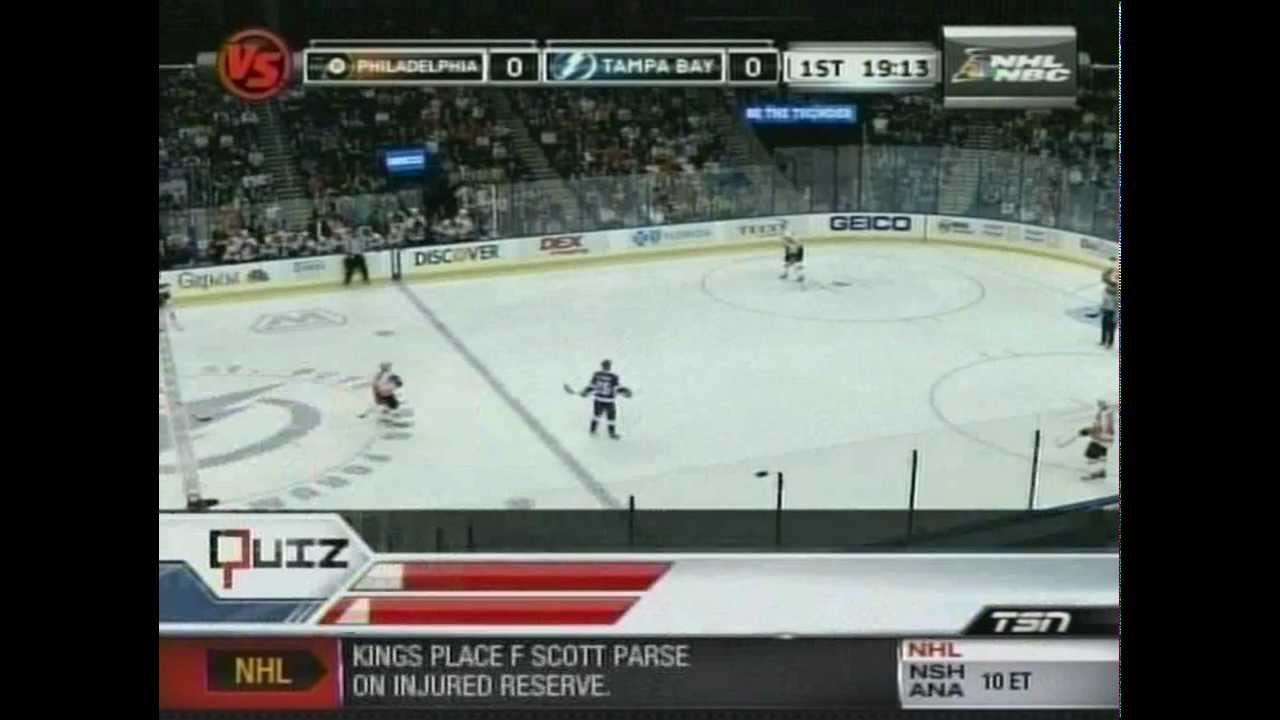 Of course, prior to the last few years, he NHL did not have to worry about teams advancing the puck. That was until the trap. Boucher’s version, the 1-3-1, does not even allow a forechecker to attack the opposing puck carrier until the puck gets within a few feet of the puck carrying team’s blue line, taking away much forechecking in the offensive zone and stifling the speed and creativity of the attacking team.

Is this an effective style of defense? Absolutely. Is it exciting to watch? God no. Is it good for the game? Hell no.

Instead of putting in a rule that requires the team with the puck to push it up ice, why not put a rule into place that requires a team to actively forecheck? Do not allow five guys in the neutral zone, or require at least one player to be in the zone where the puck is located when a team is at full strength. Requiring defensive teams to actually attempt to forecheck might not eliminate the trap and its variations entirely, but it would limit its dullness and open up the ice for the many skilled and speedy players in today’s NHL.

The NHL is always looking for ways to open up the game and make it more exciting. If that is truly the league’s goal, it cannot allow what happened in last night’s Flyers/Lightning game to happen again. Make teams forecheck and eliminate the trapping defenses that clog up the neutral zone.

Steve Kendall is a freelance writer who has covered hockey at all levels for over 20 years. You can find him on Facebook or follow him on Twitter: @skendallhockey

Thanks for reading, and please feel free to leave comments.

3 thoughts on “Could Flyers-Lightning Fiasco be the Beginning of the End for the Trap?”