I can’t believe they hypocrisy I am seeing:

“I guess Randy Carlyle was never the problem,”

“Nonis Is Ok, but people can’t look past Clarkson,”

If you need further proof that Toronto is the bizzarro world of the Professional Sports Industry, look no further than the people who cry and whine and then when they get what they want do a complete 180, get soft and say it’s not fair.

Is this a hockey town or Brony Convention? 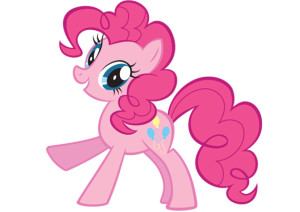 Now, dear readers, do not get me wrong: I think you should change your mind as you get new information. I for instance began my illustrious career as a hockey writer by defending David Clarkson. As late as this past July, I wrote defending Dave Nonis. Looking back, I can say those are some hard-core, embarrassing, rookie mistakes.

I believed what I wrote at the time, but back then I thought “Possession” was just something that happened on Days of  Our Lives. Since that time, I have really worked to understand not just what advanced stats are, but what the underlying philosophies are behind them. Not only that, but I have immersed myself in the world of hockey writing  in order to hone my craft and be as knowledgeable as possible. What I learned – as uncomfortable as it was – was that my original views  were outdated, steeped in group-think, manipulated by the media and  (this is is the worst) suffering from a tendency to believe whole-hardheartedly in whatever my favorite team was doing at the moment.

So as I have learned, I have changed my mind. I was raised to believe that is what smart people do. And whether or not I am a smart person is beside the point – I was also raised to act like one.

If the people getting all soft in the heart have had intellectual revelations then what I am saying is not applicable. But they aren’t. Anyone writing any version  of David Clarkson  is being unfairly blamed, that Caryle wasn’t the problem or that Nonis isn’t that bad isn’t being honest. They are being contradictory for the sake of it.  How can I be sure? Because these are obvious assessments.

This just about sums up my point on the disingeniousness of people regarding Carlyle:

Remember, the argument was Carlyle must go to allow for progress. Can't change the argument now that it's been proven false.

I spent a good deal of time yesterday categorically proving Cox wrong, so I am not going to rehash it today. Suffice to say that its there if you want to read it and – as far as I can tell – it shows pretty conclusively that Carlyle was a problem, deserved to be fired and that Horachek has been a massive improvement in almost every conceivable way.

All of a sudden, David Clarkson is “not the problem.”  All of a sudden, “he’s having an OK year,” and the first time a Leafs coach shows some balls in a decade its somehow controversial?

Uh, the dude has a five million dollar contract for this season and has one goal in his last twenty games.

Look, I don’t want to rip the guy more than has been done. He isn’t worth his contract and he’s scoring at something like a .25 points per game clip, so everyone knows he isn’t doing well. But my point is that sitting Smith, Panik (not that you would) or Booth doesn’t exactly get anyone’s attention, so this has to be done.

But what about Kessel, or JVR? Come on! That doesn’t even deserve a response.

But at least Clarkson tries!  Sure he does, but I’d try pretty hard too, if you put me in the lineup, but that doesn’t matter because I am terrible at hockey.

Well sit Nazem Kadri instead! Sure, sit the teams best player.  I am  not kidding, I saw someone say that. What’s that? You didn’t know he was the team’s best player because you just invent your opinions out of thin air / go by what Steve Simmons says? OK, gotcha.

Sitting your former prized UFA sends a message. Sitting a $5 million dollar player makes a point. It’s a good way for the coach to show he’s in charge and not a stooge of the GM. Furthermore, the Leaf have given the guy every opportunity: he rarely ever goes a game without getting a ton of PP time, he plays up and down the lineup and only plays 2.3 minutes less per game at even-strength than the Leafs most used forward.  The fact is, he just isn’t as good as Richard Panik. who is $4.5 million dollars cheaper.

So scratch him. Who cares? If his feelings are hurt he can take solace in the fact that he has virtually unlimited money. I won’t be playing for the Leafs tonight either.

Dave Nonis is a lame-duck in the way that Bob Dylan is a good song-writer. There is about zero chance he retains his job into next season and why he still has a job today is a mystery best left for Robert Stack or Hurcule Poirot.  But do I see a whole bunch of people wondering aloud about how he “isn’t that bad”? Do I see people criticizing Leaf fans and writers for ripping him, all the while blaming us for “not being able to see past the Clarkson trade”? Of course I do. And I could paste their tweets right below this, but then I might accused of bullying.  Either way, I’ve seen it, so I am sure you have to. 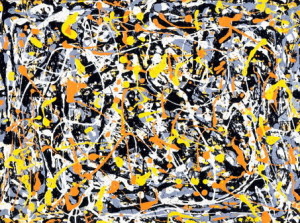 But those guys aren’t being anywhere close to honest. At this point it’s fair to wonder if Dave Nonis could manage a Dairy Queen. But if you think we can’t look past Clarkson, let me prove to you that we can. Let’s forgive him for Clarkson, let’s say Lieweke made him do it. Let’s forgive him for signing Phaneuf and Kessel long-term – those aren’t bad contracts and those were his best players.

But here’s why he needs to be removed, today, and not allowed anywhere near the team’s rebuild:

1. He bought-out Grabovksi and re-signed Tyler Bozak.  Grabovksi is empirically and objectively a superior player. The Leafs are maxed-out on the Cap and Grabovski would have only two years left at a reasonable price.

2. He traded John Michael Liles to Carolina for Tim Gleason, which alone is a terrible trade. But worse, he ended up buying-out Gleason who is taking up almost one-million in cap space this year, almost two-million next year and over a million for each of the two years after that. If he kept Grabovski, he could have used a compliance buy-out on Liles and saved the team a ton of cap-space, and they’d currently be better.

3. He let Clarke MacArthur go away for nothing.  He didn’t have to sign him to a huge contact like Ottawa did, but he could have got something for him at the deadline or resigned him to a decent contract, skipped Clarkson and come out with the better player and more cap-space.  (Its as if in every decision he made, he picked the wrong player and spent more money).

4. He traded for Jon Bernier. A good trade in a vacuum, but the Leafs didn’t’ exactly need a goalie.  James Reimer is a heart-and-soul player and one of the only guys on the team with actual leadership skills. (That are apparent, for all I know there are more). He also is a fan favorite, a battler and the only difference between him and Bernier is pedigree, which counts for nothing – ask Jacob Markstrom.  By trading for Bernier he created a problem where one didn’t exist and insulted both his fans and one his best players.  He also shit all over one of the only feel-good stories in recent Leafs memories. i.e A home-grown star goalie developed by the organization. 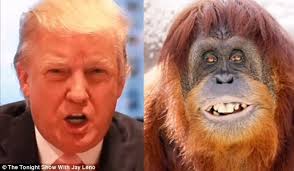 Here we find someone as bad at their job as Nonis and a picture of a guy who could do his job equally as well.

5. He has failed during his entire tenure to give the Leafs the two most obvious ingredients to a winning hockey team: A top line centre and an elite defenseman.

6. He failed to turn Kulemin into an asset and lost him for nothing. Another fan favorite, by the way.

7. He not only made a pathetic trade in acquiring Polak  for Gunnarsson, but he somehow managed to be the one retaining salary.

8. He failed to recognize how good Franson was becoming and to lock him up for a decent price at the appropriate time.

9. His team was once forced to dress Granberg, Holzer and Polak in the same game not once, but three times.

10. His team gives a regular shift to Korbinian Holzer. Honestly, any team who dressed Robidas and Holzer in the same game deserves to have their GM fired.

11. He gave out a three year deal to Stephane Robidas, a player coming off two broken legs and who is 38 and possibly the slowest player in a league that places a premium on speed.

I am sure there are more, but how much do you need? Ignoring the Clarkson deal, the entire Nonis tenure has been one giant failure. The best you can say about him is that he plucked Panik off waivers from Tampa and that he did not trade a first rounder, Kadri, Rielly or Gardiner.

His tenure is pathetic.  It is sub-John Ferguson Junior.  He should be fired immediately.

I know it’s simplifying things quite a bit, but my point with this article is to show how every time the Leafs actually do something good, someone comes along and says things that are wrong and probably not honest, and  they usually happen to be super influential. They sit there saying the complete opposite of what everyone has been saying all along, usually the day after that thing occurs.

Nonis stinks. Clarkson Sucks. Carlyle was about as appealing as week old Sushi.

Let’s learn as we go, but let’s not get soft every  time we get what we want.

8 thoughts on “Dave Nonis Is the Worst, Carlyle Was the Worst and Clarkson Deserves It”