After a standout senior year at Western Michigan University, Danny DeKeyser has been an underrated part of the Detroit Red Wings blue line. Now, in the middle of his fourth NHL season and important contract year, DeKeyser is taking another step forward.

DeKeyser got off to a slow start, posting just four points (1 G, 3 A) through October and November (20 games) with a plus-2 rating. The 25-year-old doubled his production in one month, adding five points (1 G, 4 A) in 14 December contests and a plus-2 rating; bringing his season totals to nine points (2 G, 7 A) and a plus-4 rating.

Then came 2016. DeKeyser took control of both ends of the ice in January, scoring four goals, adding an assist and going plus-7 through 11 games.

Following the All-Star break, Red Wings fans certainly hope DeKeyser picks up where he left off.

Since signing with Detroit as a free agent in March of 2013, DeKeyser has been a consistent defense-first player. His career plus-36 is evidence of that. Then of course, on the analytics side, DeKeyser finished each of his first three seasons with a Corsi-for percentage of 56.2 (11 games), 48.8 (65 games) and 54.2 (80 games), respectively.

As for this season, DeKeyser ‘s Corsi-for percentage is 46.3 through 45 games, but a large part of that is his deployment as a shutdown defenseman who starts 56.1% of his shifts in the defensive zone. DeKeyser also leads the Red Wings in blocked shots, a result of Detroit’s middling blue line.

When the GM Ken Holland announced that the Red Wings had signed defenseman Mike Green to a three year, $18 million contract, new head coach Jeff Blashill said he planned to pair the ten-year veteran with DeKeyser.

Green hasn’t been as effective as Red Wings brass and fans had hoped and as a result Blashill has opted to put Quincey and DeKeyser back together. As a side note, there is still time for Green to come around, he’s undoubtedly still adjusting to a new home, new coach, new team and new job after ten years in Washington.

It’s often stated that defense is the hardest position to learn and that a defenseman doesn’t peak until around 30. If DeKeyser can continue to make strides in his own zone, then rewards are inevitably on the horizon; most likely in the form of points.

After his brief stint of 11 regular season games and 14 more in the playoffs, before Detroit was knocked out by the eventual Stanley Cup champion Chicago, DeKeyser played an important role for the 2013 Calder Cup Champion, Grand Rapids Griffins.

He joined the AHL club during their stretch for their first ever Calder Cup and posted one assist in six games, helping other players including Tomas Tatar, Petr Mrazek, Gustav Nyquist and Alexey Marchenko win the AHL championship alongside him.

In his first full season, DeKeyser suffered a shoulder injury and was held to only 65 contests. In those 65 games, he managed four goals and 23 points while still holding strong in the defensive end with a plus-10. 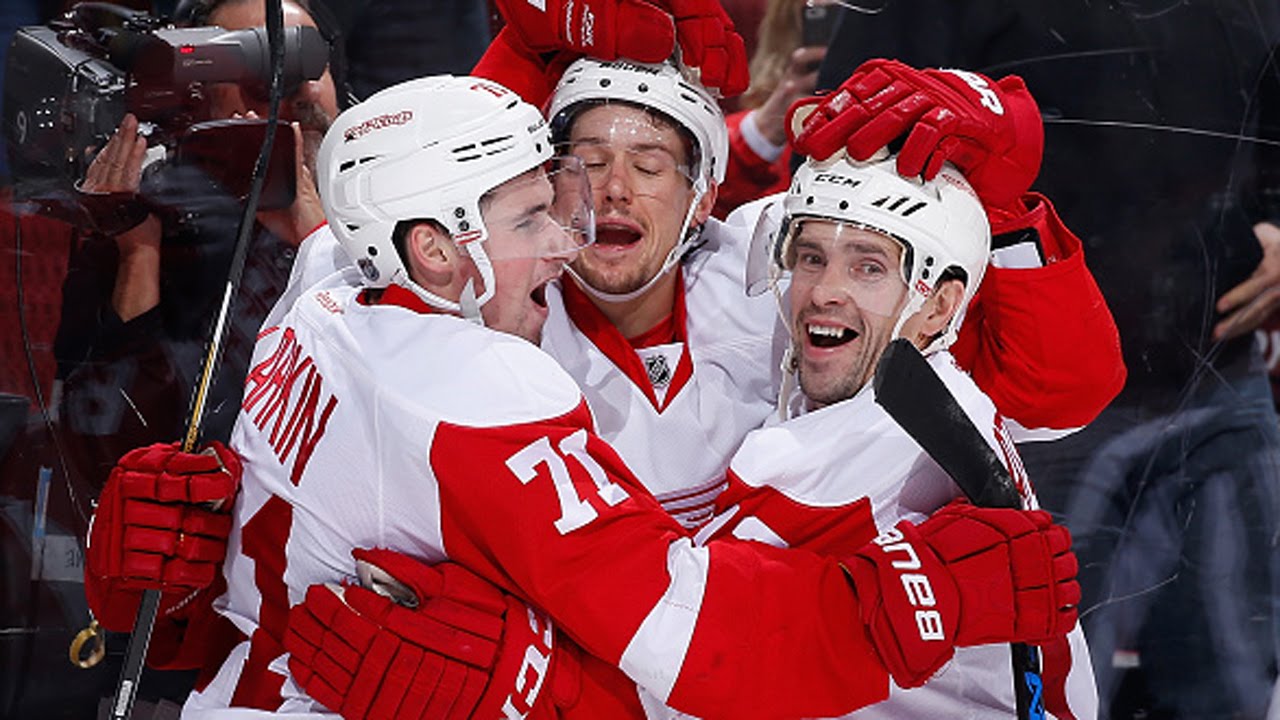 Last season, DeKeyser posted a career-high 31 points (2 G, 29 A) through 80 games. He was a solid number two defenseman playing second-pair minutes, regularly partnered with Kyle Quincey as the shutdown guys. They played well together, showing chemistry and confidence in their play.

With 14 points in 45 games, DeKeyser isn’t on pace to set a new career-high in points, but has set a new high in goals with six thus far; equivalent to what he scored in his first 156 NHL games. His growth is evident and confidence is growing.

He’s already due for a raise from his current salary of $2.1875 million. The first negotiation between DeKeyser and Holland wasn’t the smoothest, with DeKeyser finally inking a two-year contract in mid-September, 2014; and Detroit had more cap room then than they have now.

But Holland is well aware of DeKeyser’s importance to the blue line, the most consistent performer on the backend who, as previously mentioned, continues to grow his game. Both parties will be looking for a long-term contract and it would be a steal to sign DeKeyser for anything less than $6 million per year.