You’ve been working your tail off writing countless hockey articles, spending hours hunched over your laptop, carving your own niche, and hoping to get some recognition for the time you’ve put honing your craft.  It’s been years and you think your dream may never come to fruition, but you finally get the news you’ve been waiting for.  You will be getting the chance to cover an NHL game from the press box.  Congratulations. 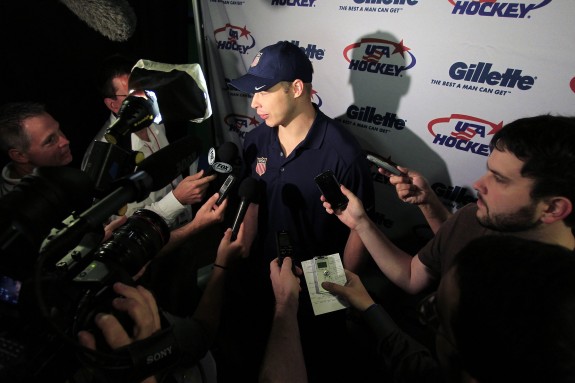 But before you step into the arena and begin hob-nobbing, there are a few things you should probably know:

Public Relations deals with a lot of stuff on a daily basis – ESPECIALLY on game days.  They’re also the reason you’re allowed to cover the game in the first place, so it’s a nice gesture to seek out some of the PR staff and thank them for letting you into the press box.  Saying “Thank You” goes a long way in showing your sincere appreciation for the opportunity you’ve been given and the possibility to cover more games in the future.

You can get a boatload of information by talking with scouts.  Why?  Because they aren’t viewing the game from the same position writers and bloggers see it.  They find nuances that can’t be picked up by the untrained eye.  A list will usually be displayed of what scouts are in the building to evaluate a game.  Seek them out, make small talk, and try to get some opinions.  They are some of the nicest fellas in the game, too.

NO CHEERING IN THE PRESS BOX!

As a writer, you are representing the publication/website/what have you.  It’s not time to fool around.  Show up to the game in either business casual or business professional attire – NOT your home team’s jersey.

Furthermore, while it may disappoint you, there is no cheering in the press box.  If you cover your favorite team (like I do), it gets difficult to keep your emotions bundled up.  But as you’ll learn quickly, nobody in the press box cheers.  If you need to show your emotions, a simple fist pump will do.

The Press Notes are your friend

Although they may look intimidating, the Press Notes given to every individual covering the game provides a wealth of information about team history, current statistics, how the two teams playing have fared against each other, in depth numbers on just about every player, etc.  The Press Notes are given in a thick packet, but the benefit of reading through them will show in your work for pregame, postgame, or analytical pieces you want to write.

Also be sure to read over tweets of the home and away bloggers/reporters.  It never hurts to get different takes on the game and the players and may even inspire you to write an article. 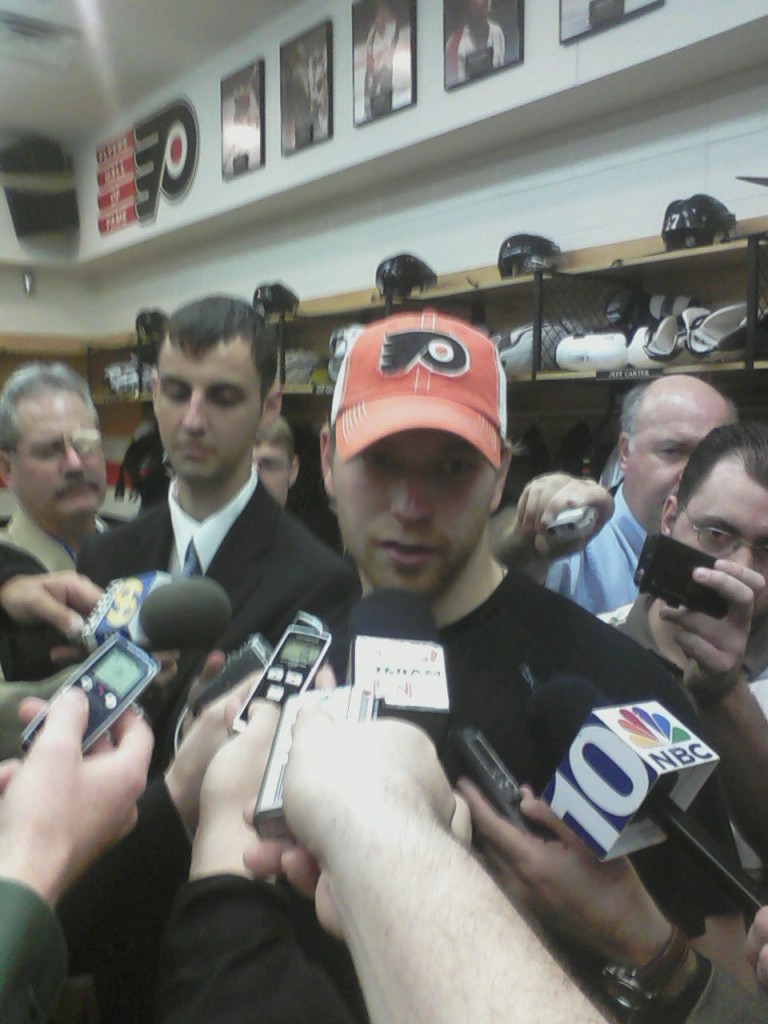 You’ve been lucky enough to get locker room access.  DON’T BLOW IT!

Needless to say, they weren’t allowed back into the press box after that.  It also hurt the chances of many hardworking bloggers from getting into games as frequently.  Restrictions were placed on how many publications were allowed to be in the press box on any given night.

My advice to you is act in a professional manner.  You’re not a fanboy.

How to ask the right questions

Refrain from asking “how much” questions.  If you don’t know what they are, here are a few examples:

“How much does this game mean to you and the team?”

“How much does it sting to not come away with any points tonight?”

If you have any “how much” questions in mind, you should trash them immediately.  They are pointless and extremely lazy.  You see those questions asked by many TV hosts.  As hockey fans, we know how important a game can be to a team or how much it hurts to lose a game.  There’s no need for players to reiterate what you already know.

Instead, during the games you should be taking notes and paying attention to trends.  Base your questions off these notes and trends.

Moreover, aside from your site or paper, you are there on behalf of the fans.  Ask questions your readers might want to know the answers to because you are there to represent them.  Clearly the questions should be within reason.

Lastly, always listen to what the players say in response to your question.  By doing that, you’d be surprised how easy it is to ask follow up questions to cut through the platitude.  Once you go to more games and interview players more often, it becomes second nature.