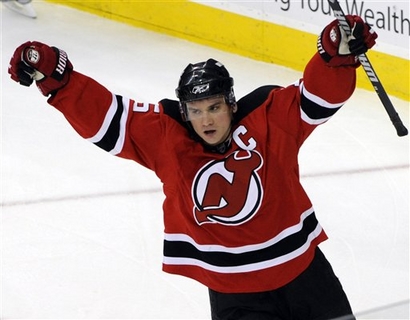 What defines a captain? According to the dictionary, a captain is a person of great power and influence, who is the head over others. Every team has a key player with these characteristics, and is basically the leader of the team.

When you go up and down the Devils roster, there is only one name that comes to mind when you read the definition of a captain; this player is right winger Jamie Langenbrunner.

Jamie Langenbrunner was born in Cloquet, Minnesota on July 24th,1975. Jamie was selected 35thoverall in the 1993 NHL Entry Draft by the Dallas Stars. He played in the minors for his first two seasons with the Peterborough Petesin the OHL and he made his NHL debut with the Dallas Stars in that second year.

Langenbrunner did not see significant time in the NHL until the 1996-1997 season. Langenbrunner had some great years in Dallas and he played an huge role in their road to the Stanley Cup in the 1998-1999 season, where he scored 10 goals and had 7 assists.

The following season it was clear that Jamie Langenbrunner had found his true home.

In the 2002-2003 season Langenbrunner had a great year.  He had 22 goals and 33 assists, which tallied to a then career best of 55 points on the season. Jamie also performed extremely well in the playoffs that year. He scored 11 goals and 7 assists, and helped lead his team to a Stanley Cup Championship. The Stanley Cup victory was the second of his career and the third for the New Jersey Devils.

It’s fair to say that the finest moment of Jamie’s career came in December of the 2007-2008 season, when he was named captain of the New Jersey Devils. Many questioned head coach Brent Sutter’s decision to name Jamie the captain, but it has become abundantly clear that he made the right decision. Ever since the day Jamie Langenbrunner has been named captain, he has gone out and shown everyone what it’s like to be a true captain. 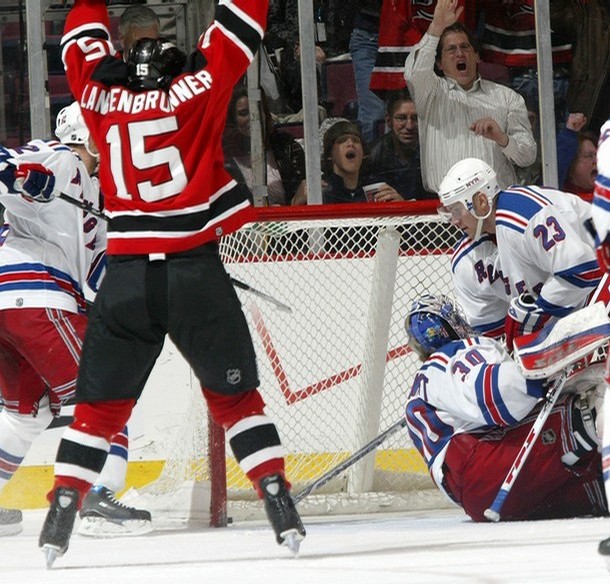 Jamie Langenbrunner has displayed these traits since the day he became captain. It has also been very clear this year as well.

Every night Jamie is out there playing hard and creating scoring opportunities. It’s fair to say that the guy never takes a night off. This year Langenbrunner has scored huge and timely goals, which has helped the Devils be so successful this season without Martin Brodeur.

When things aren’t going the Devils’ way, Jamie is always trying to get something started. An example of this was seen last week on February 7 when the Devils faced off against the Los Angeles Kings, the Devils played possibly their worst game of the season. In the third period, Jamie got into a fight to try and create a spark. Jamie rarely fights and it just goes to show what a captain is supposed to do in situations like that.

Jamie Langenbrunner is having yet another outstanding year this year and is showing everyone what it takes to be a captain. I believe when all is said and done Jamie Langenbrunner will go down as one of the greatest New Jersey Devils of all time.