THW The Next Ones Ranking (February): 56

Lost among the high-scoring exploits of probable first-rounders Clayton Keller and Kieffer Bellows was the continued development of their oft-forgotten linemate, Minnesota native Joey Anderson. With 27 goals and 57 points on the season, Anderson finished third among all forwards on his team in points, only behind his high-profile linemates. The speedy forward, who is committed to play at the University of Minnesota-Duluth beginning next season, also proved he could raise his game in big moments when he tallied seven goals and nine points in just seven games at the World Under-18 Championships.

Anderson may be slightly undersized at 5 feet 11 inches and just over 190 pounds, but he is tenacious on the forecheck and isn’t afraid to throw his weight around, making him noticeable on every shift. He has been on the draft radar for a long time thanks to his high-level puck skills, and has produced impressive scoring totals at every level he’s played. While he’s not expected to become an elite scorer as he transitions to the pro level due to his average hockey IQ, Anderson possesses above average skating abilities and a very good shot. With a few seasons to develop with the Bulldogs, Anderson could round out his two-way game and become a valuable and versatile contributor for an NHL team.

While Anderson’s combination of skating, shot, and tenacity is an attractive quality for undersized forwards in today’s NHL (in the same mould as Chicago’s Andrew Shaw and Montreal’s Brendan Gallagher), his two-way game is still very much a work in progress. At this stage in his development, Anderson is more of a supporting player than a leading scorer, as he rode shotgun to the USNTDP’s top two scorers all year. While he’s a relatively strong skater, smaller players need to be excellent skaters to excel in the NHL, and Anderson could definitely stand to clean up his footwork and improve his top end speed to become more effective against bigger and stronger opponents. His ceiling may he limited in the NHL, but he can be an effective secondary scorer and all-around presence if his upwards trajectory continues at the NCAA level.

Anderson may not be a sexy pick, but his tenacity and willingness to go to the dirty areas of the ice are attractive qualities for a prospect that may be undersized at this point. Combined with his great puck skills and offensive instincts, and you could have a player that could make an impact in the NHL sooner than expected, especially for a prospect expected to go outside the first round. While the defensive side of his game leaves a little to be desired, Anderson has the talent to potentially play effectively in a complementary top-six role in the NHL, with value as a top-notch forechecker as well.

Anderson’s inability to assert himself as a difference-maker without elite linemates will likely make him the only member of his most frequent line this season to slip out of the first round. That being said, his tenacity and skill level would make for a solid value pick in the mid- to late-second round, and a steal for any team able to grab him later than that.

Team USA’s “other” top-line forward who earned and held his role as a goal mouth-area maven, depositing rebound after rebound into the back of the cage while playing with heralded prospects Clayton Keller and Kieffer Bellows. Anderson sure knows how to pick his spots, which is important for a forward on a line with two shoot-happy linemates. He likely won’t develop into the kind of guy you can lean on above anyone else, but he’s fast and reliable enough to develop as a top-six power play specialist. The 5’11 Anderson will play for the University of Minnesota-Duluth in the fall.

The third player on that top line is often forgotten, but Joey Anderson is a good prospect in his own right. It’s easy to understand why he’s overlooked. The thing I love about Anderson though is that he plays with such a high motor. He competes really hard, and has some nice skill to back that up. He’s not a guy that drives possession, but is very good in the right role. I have Anderson as a 2nd rounder right now.

Anderson has excelled as a complementary player to two of the USNTDP’s highest-scoring players this year, but hasn’t shown the ability or potential to thrive on his own. He’s likely to become a middle-six forward in the NHL, albeit one with physicality and enough skill to fill in on a scoring line and not look out of place. 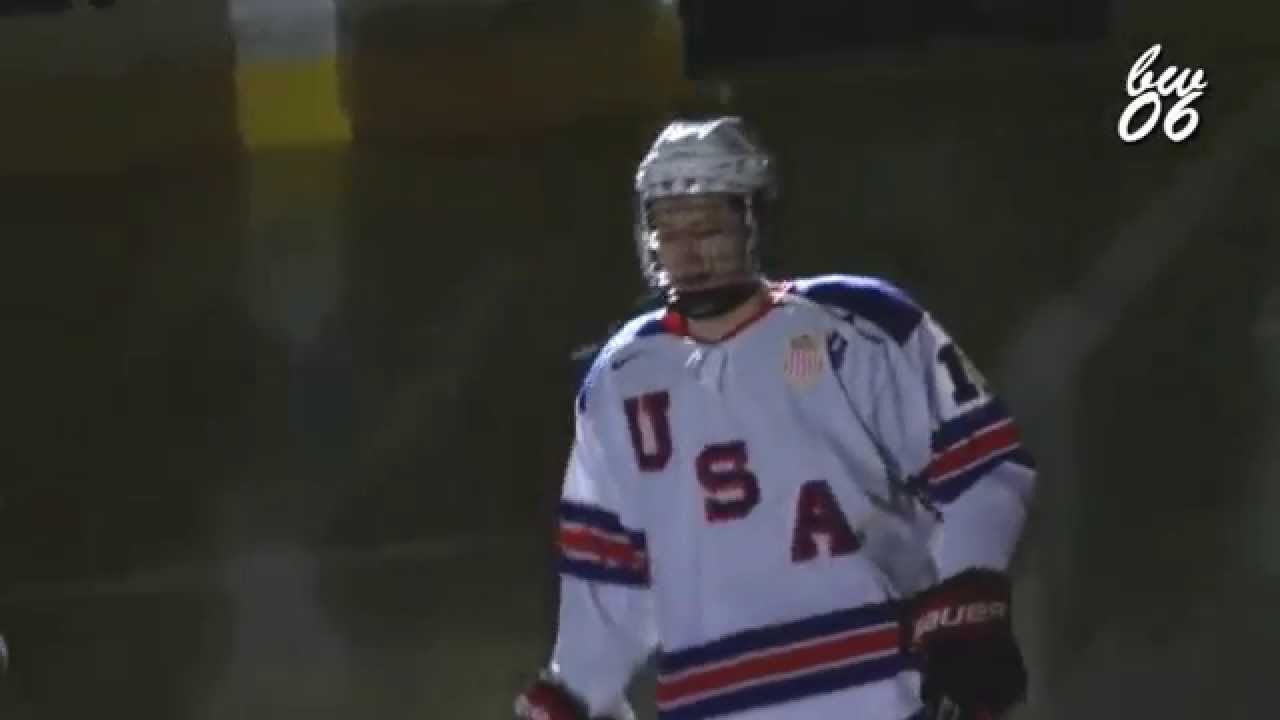