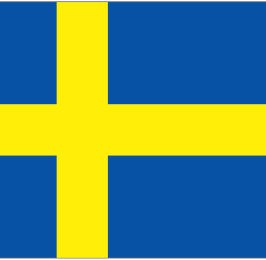 New GM Boustedt is going to have a strong team but there will be more of a shift towards youth. With only two goaltenders named, two favorites for the No. 3 position are Robin Lehner (Buffalo) and Eddie Lack (Carolina). Lack holds a 2.61 GAA and 0.904 SV% through 27 games this season. Lehner has a 2.29 GAA and 0.933 SV% through an injury-riddled 16 game season.

On Defense, the Swedes will boast one of the best defense groups in the tournament led by Norris trophy candidates Erik Karlsson and Victor Hedman. It’ll be interesting to see how Boustedt and his committee members will flesh out the remaining spots with notables like John Klingberg (Dallas) and Tobias Enstrom (Winnipeg) highlighting the list of omissions from the preliminary roster.

Upfront Sweden has versatility with multiple players like Henrik Zetterberg (Detroit) and Gabriel Landeskog (Colorado) who can play all three forward positions. This will give head coach Rikard Gronberg some flexibility in his lineup. A one-two punch down the middle with Henrik Sedin (Vancouver) and Nicklas Backstrom (Washington) will give the Swedes two highly skilled offensive centers.

Sweden was eliminated in the quarter-finals of the last World Cup of Hockey in 2004, but they’ll be a hard team to knock out during the 2016 edition of the tournament.

Analysis: Lundqvist is the undisputed starter which isn’t a huge surprise. He backstopped Sweden to a silver medal at the 2014 Sochi Olympics and has been the face of Sweden’s goaltending for a decade. Markstrom getting the backup spot over the likes of Lehner this early is a bit of a surprise, but the fact of the matter is that Lehner has missed most of the season with an ankle injury and is on the mend.

Lehner’s recent strong play since returning will go a long way and it shouldn’t be surprising to see him get the No. 3 spot. Another candidate to make the team still is Eddie Lack but consistency this season has been a problem.

Analysis: Sweden has a very deep defense group which is going to be one of the deepest groups in the tournament as stated earlier. Karlsson, Hedman and Ekman-Larsson are all young minute munching defenseman. Karlsson is averaging 29:05 TOI this season and leads all NHL defenseman in scoring with 11 goals and 68 points. Ekman-Larsson is second in goals scored by a defenseman this season with 19 and has been a key piece for the Arizona rebuild.

All in all this group can fend for itself from top to bottom. It’ll be interesting what the Swedes decide to do with the remaining spots on the roster if they’ll take seven or eight defensemen for their 23-man roster. Either way, you have to think that Klingberg and Enstrom are the leading candidates to be named to the final spots.

Analysis: Versatility. Sweden has a few guys like Zetterberg and Landeskog that can play all three forward positions and it’ll be interesting to see how the coaching staff utilizes them to give a different look against the opposition. There is plenty of scoring to go around, but, more importantly, two-way play, something that has been a staple in the Swedish men’s hockey program. It’ll be interesting to see how the remaining spots are filled.

Soderberg makes perfect sense as a depth player but after that, it’s wide open. There’s the option of bringing in leading candidates like Hagelin, Hornqvist and Johansson. Even then if they wish to go full on youth for building the program in the future players like Zibanejad, Kruger, Rakell make sense in limited roles.