There may be no better chance to see some of your favourite NHL team’s best prospects than at the World Junior Championships. While much of the focus this year centered around 17-year-old phenom Rasmus Dahlin and a lack of attendance, it was an opportunity to evaluate the progress of some prospects that are already drafted.

In the case of the Toronto Maple Leafs, two players were under the microscope. Timothy Liljegren, the Leafs’ most recent first-round pick suited up for Sweden, while goalie prospect Joseph Woll was back in-between the pipes for the United States.

Liljegren was one of the more visible players in the tournament, meaning whenever he was on the ice, you knew. He showed his talent at the tournament with his playmaking ability on offence, while also proving to be sturdy in his own end.

Liljegren is an excellent skater and was able to carry the puck in the rush and fly into the offensive zone to set up an attack. Liljegren played on the powerplay, even quarterbacking it at times and he was also paired with Ramus Dahlin for parts of the tournament. Though it’s unlikely the two will play side-by-side again— no matter how many Leafs fans cross their fingers— it was exciting to watch when it did happen. 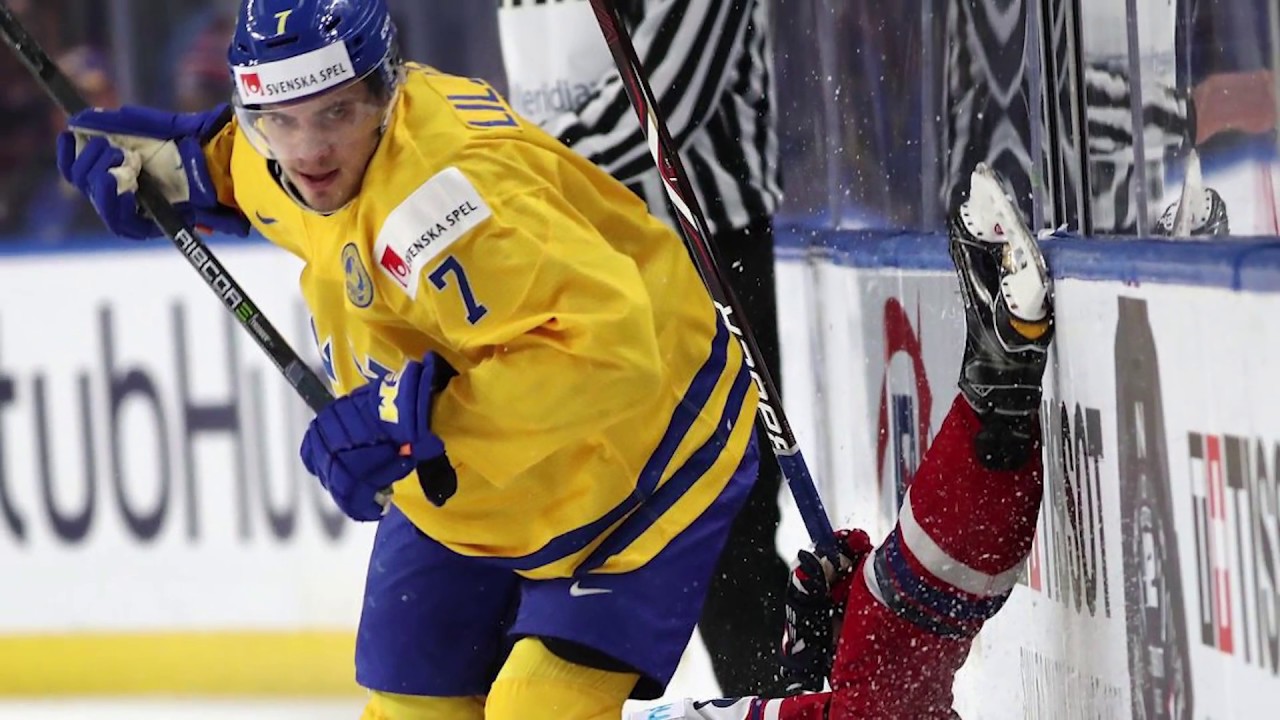 Liljegren is known for his physicality but showed he can throw his body around when he chooses, delivering some big hits. Though his defensive play is considered an area of weakness by some, he didn’t really stand out for better or for worse in his own end, which in turn, is positive.

One part of Liljegren’s play that is noticeable, however, is that he can be a bit skittish with the puck when carrying it into the other team’s end. Though he is a great skater and playmaker, sometimes it seems that once he gets into the offensive zone, he doesn’t know what to do and turns the puck over.

Liljregren finished the tournament with a goal and an assist in seven games as well as a plus-4 rating and of course, a silver medal. Looking at the event as a whole, Liljegren had a good tournament and showed that he has great upside.

His most memorable play of the tournament was the seeing-eye stretch pass that he sent from his own end, right on to the stick of teammate Axel Jonsson Fjällby, who passed it off for a beautiful goal that had the whole crowd saying wow.

Whether or not Liljegren ends up on the Leafs roster next year remains to be seen, but there is room for him if he’s ready. I’m probably jumping the gun on this one, but defence pairings of Rielly-Hainsey, Dermott-Liljegren and Gardiner-Zaitsev would look pretty great next season.

That being said, the World Juniors didn’t really help to answer whether or not Liljegren will be NHL ready next year. That decision should be made based on the rest of his season in the AHL with the Toronto Marlies and next season’s training camp. Nevertheless, if the tournament showed us anything about Liljegren, it’s that he has the potential to be the future top-four right-handed defenceman the Leafs need.

Woll at the World Juniors

Joseph Woll’s performance was a bit less clear-cut than just good or bad. Woll, though demonstrating his potential, was inconsistent. After a shutout in his first game against a pretty weak Denmark team, Woll was outplayed by Slovakian goaltender Roman Durny on route to a shocking loss.

Woll didn’t necessarily play that poorly in the game, but he was clearly outplayed by Durny. It’s important to keep in mind, however, that when a goalie goes through long stretches of a game without action, it’s easy to lose focus or get cold when the shots come. 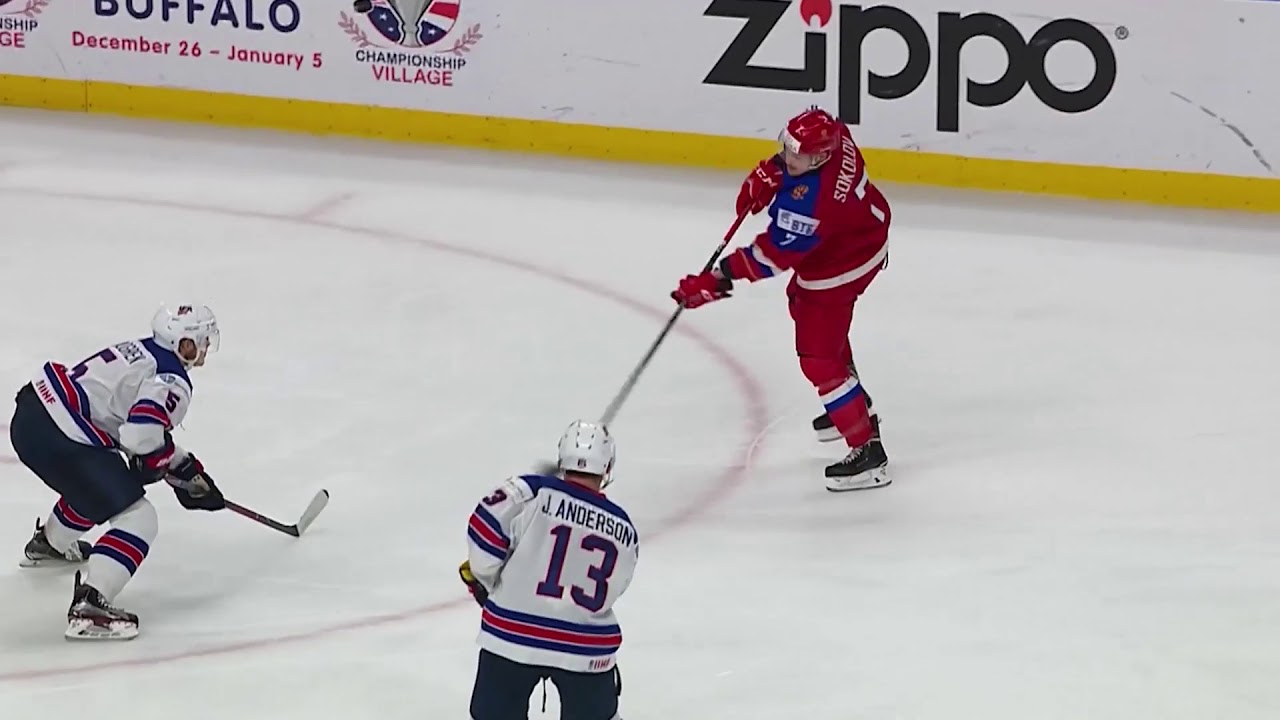 Despite his play, he started in the quarterfinal game against Russia and was key to helping lead the United States to victory, making 27 saves on 29 shots. He got the start again against Sweden in the Semi-Finals but was pulled in the third period after allowing the fourth goal in the third period. As a result, he was kept out of the bronze medal game.

Woll finished the tournament with a 2.71 goals-against average and .886 save percentage in five games. Though the save percentage looks awful, it’s hard to judge a goalie’s overall performance in the tournament just based on stats. There are so few games that an off night could weigh down someone who was brilliant in many games but not great in one or two.

While he wasn’t great in the tournament, his play can be broken down like this: he was great in two games, mediocre in one and poor in two. It boils down to consistency. Woll showed in the game against Russia how good he can be, but he needs to put in performances like that on a regular basis.

One thing that was noticeable is that he gets beat over the shoulder quite often. Moving side-to-side, he had no problems and is a pretty quick goalie. But on shots coming from ten or fifteen feet away, he couldn’t stop much that was going to the top corners of the net.

Standout Moment & the Future for Woll

Woll’s save of the tournament came against Russia in the quarterfinals. The United States was up 2-1 and Woll came across the net to make a huge save on Vitali Abramov. It was part of what was by far Woll’s best game of the tournament.

#WJC: Russia killed off the 5-min major and nearly tied it up but Joseph Woll (TOR) made a great save on Vitalii Abramov (CBJ). U.S. up 2-1 midway through the 2nd. pic.twitter.com/Z8zSX2RdUx

Woll is only in his second year at Boston College and still has some work to do before he has a legitimate shot to make the Leafs. Toronto’s goalie depth is ridiculous right now, with Frederik Andersen and Curtis McElhinney in the NHL and the goalie duo of Garret Sparks and Calvin Pickard in the AHL. That being said, Woll showed flashes of brilliance at the tournament and is the Leafs’ top goalie prospect not currently playing pro hockey.

Liljegren and Woll had very different tournaments, but both showed they could have a future in the NHL. Liljegren is definitely closer to the NHL than Woll, but these two will both be followed closely in the coming years and remain two of Toronto’s top prospects.