Minnesota routed Bemidji State 10-0 on Friday night, then finished off the sweep with a 5-3 win on Saturday. After a road sweep of North Dakota last week, the Gophers seem to be running away from the pack again. Eight different players had multi-point games on Friday, including four with four-point games. Minnesota had a little bit of a scare the next afternoon, though, with Bemidji State storming back in the second period to make it a one-goal game after the Gophers had a 4-0 lead in less than two minutes. They held off the comeback attempt, however, and despite slowing down themselves, they limited the Beavers to only three shots in the third period.

The Badgers swept Ohio State with a 3-0 win and a 3-2 win this weekend. They had a really solid game on Friday, with Alex Rigsby making 13 stops in a shutout effort and Brittany Ammerman and Blayre Turnbull once again leading them to victory. Wisconsin had a tougher time stifling the Buckeyes on Saturday though. Despite outshooting them 12-2 in the first period, the Badgers could only score one goal, and Ohio State worked its way back into the game, outshooting Wisconsin the rest of the way. The Badgers were still able to get the sweep thanks to two more good defensive efforts.

Clarkson could not come away with a win this weekend and instead ended up tying with both Quinnipiac and Princeton. The Golden Knights entered the third period up 3-1 on Friday, but then found themselves tied with the Bobcats just four minutes in, and the teams tied 3-3. Clarkson blew another two-goal lead in the third period against Princeton the next day, and skated to a 2-2 tie with the Tigers. The Golden Knights seemed to lack a killer instinct this weekend, especially against Princeton, who they couldn’t put away despite piling up 43 shots on goal. They had more trouble against Quinnipiac, generating just 16 shots against the Bobcats.

UND defeated Minnesota Duluth 4-3 on Saturday, then tied the Bulldogs 2-2 on Sunday. North Dakota found itself down 3-0 in the first game, but two third-period goals from Josefine Jakobsen capped off a furious rally and lifted them to the win. The next day, though, right after they grabbed a 2-0 lead, Minnesota Duluth responded with a goal of their own to keep themselves in it, and then tied it at two with only four minutes left in the third. UND showed a lot of poise in being able to erase a sizable lead on Saturday, but they’ll need to do a better job of playing with their own with the postseason right around the corner.

The Eagles were upset by Connecticut on Friday, getting shut out 2-0. BC put up 45 shots, but also gave up 37 to the Huskies, who really pressured in the third period in an effort to defend their two-goal lead. The Eagles could not find a way to beat Elaine Chuli, the Hockey East Co-Goaltender of the Month in January. They went on to win the Beanpot championship on Tuesday night, beating Northeastern 3-0. The loss to UConn was not the first time this season that Boston College has had trouble with a weaker team, but they took care of business in the Beanpot final and are in control of Hockey East race with the regular season winding down.

Cornell needed overtime to get past Colgate on Friday, but eventually defeated the Raiders 4-3 and capped off the sweep with a 3-1 win on Saturday. The Big Red found themselves down 3-2 in the third period of that first game, but gathered themselves in time to tie it with only about three minutes remaining. Jillian Saulnier netted the winner in overtime. Cornell then carried their 3-1 lead into the third period on Saturday but then let up, and though nothing came of it, Colgate put out a pretty good offensive effort and earned a bunch of chances.

The Crimson defeated Dartmouth 4-1 on Friday; strangely, their third goal in that game was an empty netter, while the fourth came 12 seconds afterwards after the Big Green had already put their goalie back in. The game as a whole was closer than the score line showed, and Dartmouth actually outshot Harvard 28-23. The Crimson then beat Boston University 3-2 in overtime in the Beanpot consolation game, with Sam Reber netting the winner. Their level of depth is nowhere near dominant, but Harvard has gotten by all season with great goaltending and with different players stepping up when needed. 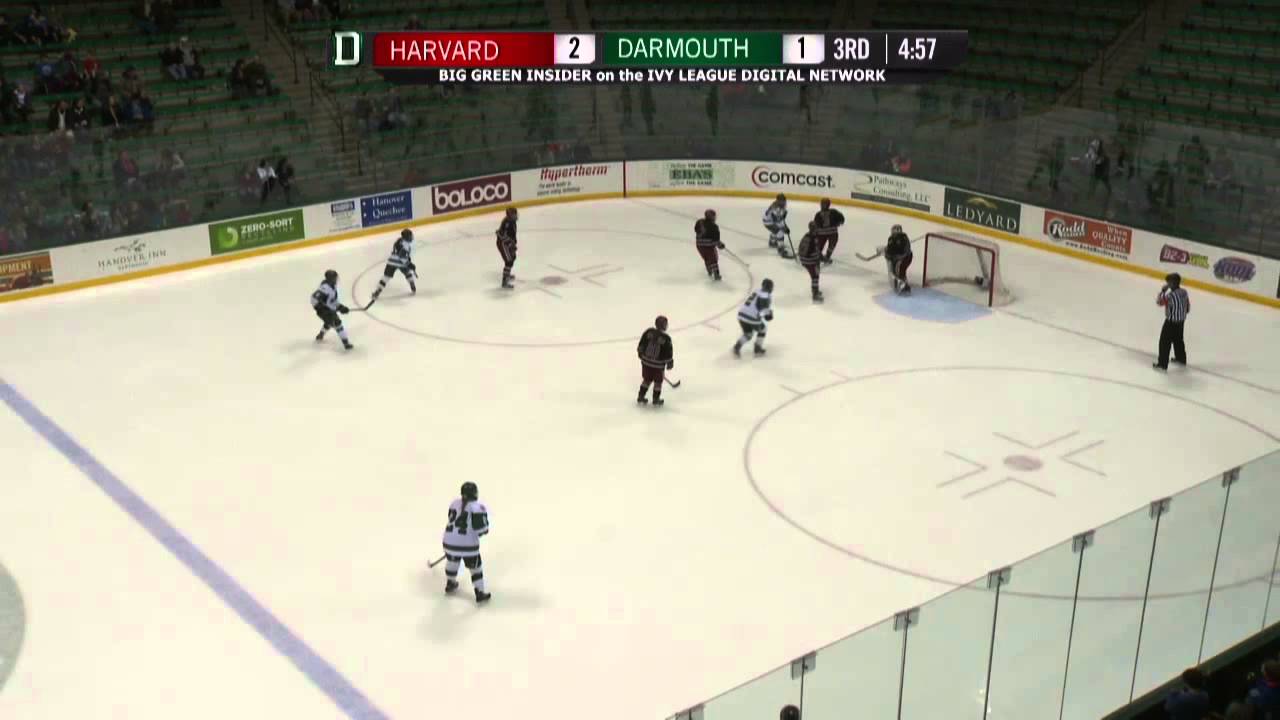 Robert Morris could not earn a win this weekend in their series against Syracuse, tying the Orange 3-3 on Friday and then falling 3-1 on Saturday. The Colonials got off to a good start in the first game, coming out of the opening period with a 2-0 lead, but they let it slip away in the second and then could barely hold on for the tie in the third period. Despite a better showing overall the next day, Robert Morris could not find any answer until late in the game, and even then could only get the one goal. They’ve definitely hit a tough spot; they’re 1-3-1 in their last five and are now three points behind Mercyhurst for the lead in the College Hockey America standings.

The Bobcats earned a big 3-3 tie with Clarkson, but then were shutout by St. Lawrence, falling 3-0. Quinnipiac did a good job of breaking through the Golden Knights’ defense and limited their opportunities, but could not keep them off the board and come away with the win. Their penalty kill wasn’t the best; Clarkson was two-for-three on the power play in that game. What’s more concerning is the loss to the Saints. The Bobcats weren’t terrible, but they also didn’t really establish themselves as the better team, and could not find a way to bury anything. Quinnipiac just doesn’t appear to have the depth up front to perform consistently.

Northeastern defeated Providence 3-1 on Saturday, but fell to Boston College in the Beanpot final by a score of 3-0. The Huskies have been playing really well over the past month or so despite a short bench; they upset Harvard last week to make it to the championship game of the Beanpot. Northeastern is 7-3-1 in 2014 so far and the loss to the Eagles was their first in eight games. Seniors Kelly Wallace and Katie MacSorley have been integral to the team’s recent success, and sophomore Paige Savage has really stepped up in the second half of the year. It remains to be seen if they can keep up this pace, but the Huskies are heating up at the right time.

1. Elaine Chuli, Sophomore, Goaltender, Connecticut: She made 45 saves to shut out Boston College and help lift her team to a 2-0 victory.

2. Josefine Jakobsen, Junior, Forward, North Dakota: She scored both the game-tying and game-winning goals in the third period as UND stormed back against Minnesota Duluth; she added two assists and blocked eight shots on the weekend.

3. Rachael Bona, Junior, Forward, Minnesota: She totaled three goals and two assists in the series against Bemidji State, and four of those points came as she helped lead the Gophers to a 10-0 rout over the Beavers.

This one-on-two move by Rachael Bona to get in behind a pair of Bemidji defenders and bury one.