When Mikhail Grigorenko was drafted with the 12th overall pick in the 2012 NHL draft, immediate high expectations were placed on the Russian forward.  Grigorenko has always had the talent, however his work ethic was always questioned.

Over the first few years of his career, the Sabres forced the teenager into the lineup when he was clearly not ready.  His skating  was not at an NHL level and his work ethic wasn’t there.  Grigorenko entered the NHL with a sense of entitlement and thought he deserved top minutes, instead of earning his ice time.  In the Russian center’s early career he has only registered 8 points in 43 games.  To put the cherry on top, when the new management came in last season they sent Grigorenko back to Quebec.  At first Grigorenko was on the verge of refusing to report.  Grigorenko and his agent looked into  the possibility of him playing in Europe.  After a day or two, Grigorenko decided to report to Quebec of the QMJHL.

A New Attitude Makes All the Difference

Going into training camp, many including myself believed that it was a certainty that Grigo would be assigned to Rochester of the AHL for development.  However this year Grigorenko has come into a camp with a brand new attitude.  First off, the 20 year old reported to camp with 10 lbs. of muscle added to his frame.  The size difference is very noticeable in the first few days of camp.  Grigorenko has also showed up with a new attitude.  It seems as if the young Russian

has finally started to grow up.  He has started to take responsibility for his play.  Throughout the first few days of training and prospect development camp last month, Grigorenko has been one of the hardest working players on the ice.  The hard work in practice is reflecting on the ice.  In his first game against the Capitals, Grigorenko was one of the best Sabres players on the ice.  On top of his work ethic, the skating has come a long way.  He looks like a much smoother skater, that can play at the NHL level.

The Better Move for Development

Ted Nolan loves to reward players for hard work.  Grigorenko looks to be closing in on making the roster out of camp.  The concern though is what is better for his development.  If Grigorenko was to make the team out of camp, he’ll likely find himself in a 3rd or 4th line role.  To succeed, I believe at the very least Grigo needs to be in a top 9 role.  Playing on the 4th line with players like Kaleta and Deslauries likely won’t help in his scoring development.

The other route the Sabres can go is to send him to Rochester.  The Sabres can reward his hard work by telling him that he will be the first call up.  The logical thinking is he’ll grow better playing in the AHL with another top prospect like Joel Armia.  This will also allow Grigorenko to get his feet wet playing at a professional level against other men for a full season.

The Sabres management have a tough decision to make.  The better he plays in games and practices will only make the decision harder.  Don’t be surprised if Nolan rewards the hard work with a roster spot, something that looked very unlikely a week ago. 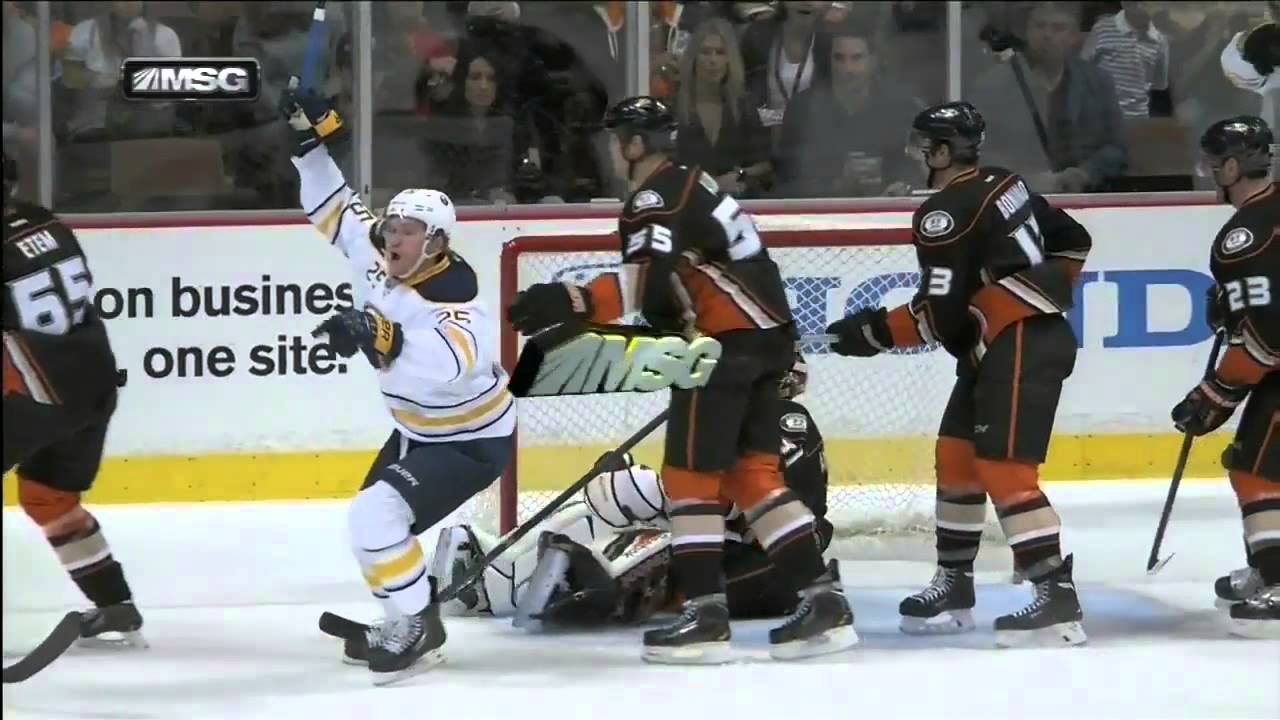 1 thought on “Not So Fast: Grigorenko Is Closing in on a Roster Spot”