Well I’m-a goin’ back down maybe one more time
Deep down home, October road
And I might like to see that little friend of mine
That I left behind once upon a time

The title song to James Taylors’ platinum-selling 2002 album by the same name may well serve as an early barometer for the San Jose Sharks’ 2011-12 season.  To wit, an October schedule that features seven out of ten games on the road, including a tough six-game east coast jaunt, the team’s second-longest road trip of the season.  The engineering of the “October Road” includes nine games in eighteen days against seven of last year’s 16 playoff teams.

San Jose, as always, features a battle-hardened squad; their average age is 28.4 years, below the averages of conference rivals Detroit Red Wings (30.6), Vancouver Canucks (28.9) and Chicago Blackhawks (28.6) but above that of the Nashville Predators (26.8) and Los Angeles Kings (27.2).  Moreover, with the nucleus of the club having been together for a number of years and the recent runs to the conference finals, the team carries more playoff experience than most NHL clubs.  Both factors bolster the team’s chances to at least tread water during the difficult early stretch before them.

A quick synopsis of each upcoming game in October is as follows:

October 8:  Phoenix Coyotes (H).  The Doggies have put things together over the past two years, earning 107 points in 2009-10 and 99 points in 2010-11.  That regular-season success did not translate to the playoffs, as they were ousted in the first round each time.  Nevertheless, the Sharks would be ill-advised to take Phoenix lightly, as the bruising Shane Doan and elderly Ray Whitney lead an otherwise-younger Phoenix team hungry for respectability, a taste of postseason success, and a heaping helping of Coyote Chow ® .  San Jose dominated the season series versus the Coyotes, going 5-1 against them last year.  At home and given the recent history, the Sharks will be expecting to paper train the dogs with a win.

October 14:  Anaheim Ducks (A).  Teemu Selanne has to be a cyborg.  It’s the only explanation how he managed to get better last year, posting his highest points total since 2006-07, when he was a relative pup at age 36.  Corey “Boy Band” Perry, Ryan “D-Bag” Getzlaf and Bobby “Saving Private” Ryan lead a terrific top line, with just enough defense and goaltending to assure the Ducks of being in the hunt once again this year.  Has anyone seen Corey Perry and former major league baseball player Brady Anderson  in the same place at the same time?  Unlikely one-time blowout seasons, nearly identical boy-band names.  Having barely edged Anaheim in the season series (3-2-1) last year, the Sharks will be hard pressed to win this one.

October 17:  Anaheim Ducks (H).  Revenge of the pocket-protecting Silicon Valley nerds!  It doesn’t figure that the Ducks will waddle in victory two times in a row in a series that has been historically this tight, so the odds are that the Sharks bite back and win this one.

October 21:  New Jersey Devils (A).  It’s ironic that the year New Jersey opened up Fort Knox to obtain the big-time scorer the team has lacked since Alexander Mogilny made a pit stop there between 1999 and 2001, the team became epically punchless and missed the playoffs for the first time since 1995-96.  The Devils didn’t make huge personnel adjustments this off-season and are led by veterans  Ilya Kovalchuk, Zach Parise, Patrik Elias and 75-year old Martin Brodeur.  Depending upon which Kovalchuk and which Brodeur show up to play, the Sharks should have a good chance to snag potentially their first road win of the year.  The teams split the season series last year.

October 22:  Boston Bruins (A).  On the road in the second of back-to-back games against the Stanley Cup champions featuring the Big Z (Zdeno Chara), who makes “Jaws” from James Bond lore look like a milquetoast by comparison.  The odds aren’t good here for the road team, although San Jose shut out Boston 2-0 in their only encounter last season.  Patrice Bergeron, Nathan Horton, Brad Marchand, Milan Lucic and David Krejci lead a deep, talented team determined to please the drunken, bellicose louts that populate the TD Garden. 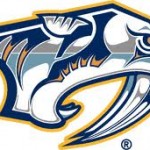 October 25:  Nashville Predators (A).  Nashville was the anti-San Jose in 2010-11:  big-name defense, no-name offense.  The Sharks took steps to balance the scales this off-season; Nashville remains a defense-first, grind-out-the-ugly-goal second team this year.  Although San Jose took the series 4-2 last season, four of the games went to OT.  Martin Erat, Sergei Kostitsyn, David Legwand, Shea Weber, and Ryan Suter are the primary offensive and defensive forces, with Pekka Rinne between the pipes.  San Jose should play To Catch a Predator and eke out a win — in OT, of course.

October 28:  Detroit Red Wings (A).  Despite posting a 3-1 record versus the NHL’s version of the United Nations last year, it’s never easy to go into the Joe and come out with a win.  This is particularly true with the likes of Pavel Datsyuk, Henrik Zetterberg, Johan Franzen and Nicklas Lidstrom skating in concentric circles all over the ice.  By definition, anybody named “Jimmy” is bound to be a bit unstable (Jimmy Fallon, Jimmy Buffet, Jimmy Carter — need I say more?), but he managed to win 37 games despite the unfortunate moniker.  Das vadanya, Detroit.

October 29:  New York Islanders (A).  Long Island makes a better iced tea than a destination spot, at least from the surfer dude Californian perspective.  The Sharks have split the last two games at Nassau Veterans Memorial Coliseum, but play there so infrequently that fans there are still wondering what happened to the California Golden Seals.  The Isles possess plenty of good young talent, including the likes of John Tavares, Matt Moulson and Kyle Okposo, and that’s before an “El Nino” takes hold of the Atlantic seaboard.  How that affects the surfing conditions is yet to be determined.  The Sharks wave hello to their excommunicated ex-goaltender Evgeni Nabokov, firmly planted on the bench in the middle of a goalie logjam.  Experience trumps youth, so expect a win for San Jose in this one.

October 31:  New York Rangers (A).  This is a game that must be circled on the calendar.  Madison Square Garden, bright lights, big city, media center of the world.  Like most New York teams, the journey of a thousand miles begins with a single check — in this case, the massive $60 million one they wrote to Brad Richards (ok, perhaps that’s a bit metaphorical) to come play in the Garden.  Marian Gaborik received the gigantic check two years earlier, and there are more coming in the future.  One of the 56 Staal brothers (Marc) anchors the defense, and if it’s possible to be underrated while playing in New York, Henrik Lundqvist may just be that.  The Sharks will be looking to avenge last year’s 3-2 shootout loss in San Jose, but the odds aren’t in their favor.

That’s the “October Road” for the San Jose Sharks this season.  Treading water would be a successful month for the fish, all things considered.  Let’s just hope they don’t bite.