Each year, a few hidden gems emerge in the NHL. Edmonton Oilers’ prospect Cameron Hebig could be a diamond in the rough that just needed some polish.

While several of the Oilers more notable prospects pushed for roster spots with the big club in training camp, Hebig embraced his opportunity down on the farm. The 21-year-old Saskatoon, Saskatchewan native has quietly had a strong start to his professional hockey career, pacing the AHL’s Bakersfield Condors in goals (six) and points (12) in 11 games. Even more impressive, Hebig leads the league with five power play goals. 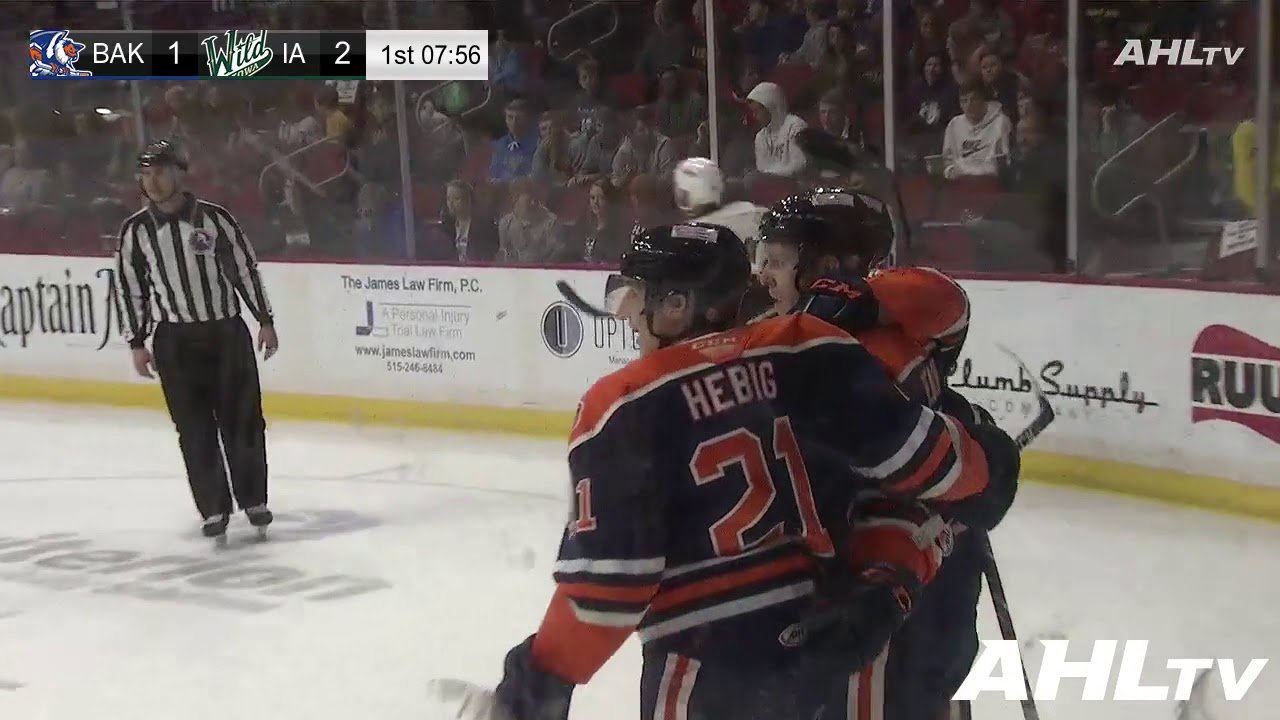 Hebig boasts excellent speed, strong offensive instincts and an accurate shot, but head coach Jay Woodcroft told Condors TV the rookie forward can do more than just put the puck in the net.

“I think Cameron has been an impressive player for our group,” said Woodcroft. “He’s a studious, conscientious player that always seems to be in the right spot. He can shoot the puck, but what we like about him as a coaching staff, is that he plays the whole 200-foot game.”

Born and raised playing hockey on the Prairies, Hebig was selected by his hometown Saskatoon Blades in the third-round (56th overall) of the 2012 WHL Bantam Draft. Hebig spent the 2012-13 season with the Saskatoon Contacts in the Saskatchewan Midget AAA Hockey League (SMHL) and helped lead them to a fourth-place finish at the 2013 Telus Cup. He also played for Team Saskatchewan at the 2012 Western Canada Under-16 Challenge Cup tournament.

At age 16, Hebig joined a rebuilding Blades squad, where he tallied 13 goals and 26 points in 67 games in 2013-14. His strong rookie campaign with the Blades earned him a spot on Team Canada West at the 2014 World U-17 Hockey Challenge. However, Hebig didn’t play to his potential in his draft year, finishing with 18 goals and 40 points in 72 games in 2014-15. As a result, Hebig, who was ranked 177th overall by the NHL Central Scouting Bureau, went through all seven rounds of the 2015 NHL Draft without hearing his name called. 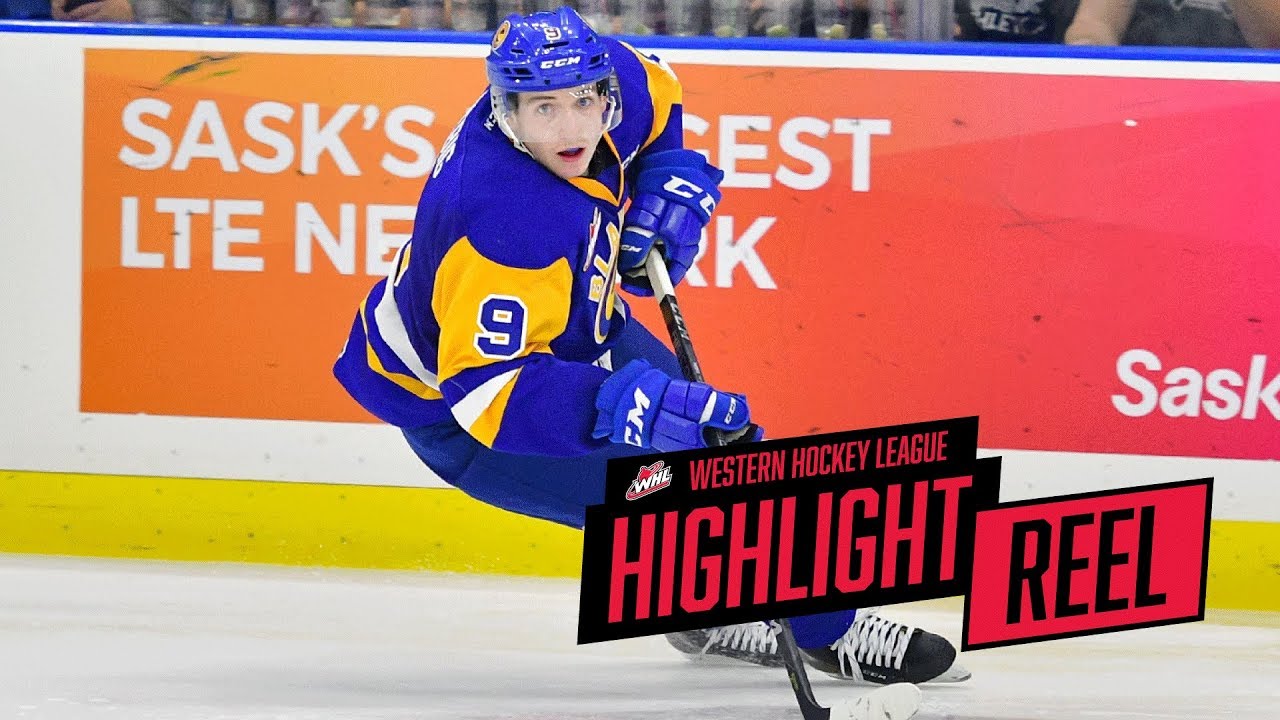 Hebig used his disappointment at the draft as motivation and took a massive step forward in his third WHL season. He led the Blades in goals (26) and finished second on the team in assists (43) and points (69) in 59 games. Still, his 1.16 points per game average as a 19-year-old in the WHL wasn’t enough for an NHL club to even take a late round flyer on him. Despite being passed on in consecutive drafts, Hebig was invited to attend the Pittsburgh Penguins’ rookie camp in 2016, but ultimately didn’t sign with the team.

After an injury forced him to miss the entire 2016-17 season, Hebig returned to the Blades lineup in 2017-18 and put up an outstanding 28 goals and 51 points in his first 34 games when the Oilers came calling. On Dec. 28, 2017, the Oilers signed Hebig to a three-year entry-level contract worth $2.775 million. Then, the Blades dealt Hebig to the rival Regina Pats just prior to the trade deadline, which guaranteed Hebig would not only experience his first taste of the WHL playoffs, but also play in the 2018 Memorial Cup with the host Pats.

Hebig set career-highs in goals (41), assists (49) and points (90) in 66 games in 2017-18 with the Blades and Pats. Although the Pats were eliminated in the opening round of the playoffs, they advanced to the Memorial Cup final, where they fell to the Acadie-Bathurst Titan, 3-0, on home ice. Hebig was tied for sixth in tournament scoring with four goals and six points in five games.

Hebig Proving His Worth

Hebig wasn’t guaranteed a spot on a scoring line when he arrived in Bakersfield this fall, however, he showed well in training camp and earned the chance to play with legitimate NHL prospects Tyler Benson and Cooper Marody. “The Kid Line” has combined for 34 points and quickly became one of the most dangerous lines in the AHL. Moreover, the influx of young talent up front has made this year’s Condors squad the most exciting Oilers’ farm team to watch since Ryan Nugent-Hopkins, Taylor Hall and Jordan Eberle played for the Oklahoma City Barons during the 2012-13 NHL lockout.

“It’s been a lot of fun so far,” said Hebig in an interview with Bakersfield.com. “It’s a lot different than the WHL. Faster, bigger, more skilled guys. I’m trying to play with confidence and get better each day. I’m getting an opportunity and trying to make the most of it. I’m the middle man right now and have a shot-first mentality; get shots through, get shots on net, go in and retrieve it and do it again. Getting an opportunity on the power play, you want to make the most of it. I want to keep my spot on it.”

Although he’s been arguably the Condors most dangerous scoring threat, the Oilers should not rush Hebig to the NHL. The 6-foot, 183-pound centre missed an important year of development as a junior player, and should be given at least the entire 2018-19 season, and probably the 2019-20 season as well to ripen on the farm. After finishing tied for 16th in WHL scoring last season, his offensive confidence has continued to emerge at the AHL level, so the Oilers don’t want to him to dull that weapon by asking him to play over his head.

Still, Hebig has the potential to be third line scoring forward with the Oilers in the future, and the fact that he’s developing chemistry in Bakersfield with guys who could be his linemates in Edmonton is another huge positive him. But for now, Oilers fans can enjoy watching Hebig and Condors shine in the minors and push for the franchise’s first playoff appearance since joining the AHL in 2015-16.