I wrote earlier before the season that the Islanders were going to have a lot of options for the first line left wing. In a somewhat surprising decision, the winner of the competition was Cory Conacher, a free agent addition to the team this past offseason. Now that Anders Lee has been recalled and Ryan Strome has tallied six points on the season, Jack Capuano might have some tough decisions on his hands.

Cory Conacher hasn’t been bad with the Islanders thus far- in fact, I think he’s actually been a pretty solid player. However, the consensus about Conacher’s role is that he likely should not be on the first line for this team. Conacher’s role is better suited as a mid to bottom six forward that can chip in offensively. This leaves a hole on the first line, and Ryan Strome might just be the man to fill that role.

It seems that, no matter who he plays with, Strome plays well in setting up plays and running an offense with his tenure on Long Island. Last season, in limited time with generally bottom six type players, Strome scored 18 points in 37 games with the Islanders. This season, he’s had six assists in seven games where he’s played well in keeping up offensively and being smart with the puck. What’s more, the former top five pick is 18th on the team in time on ice per games played,  with the majority of that time coming during the power play. 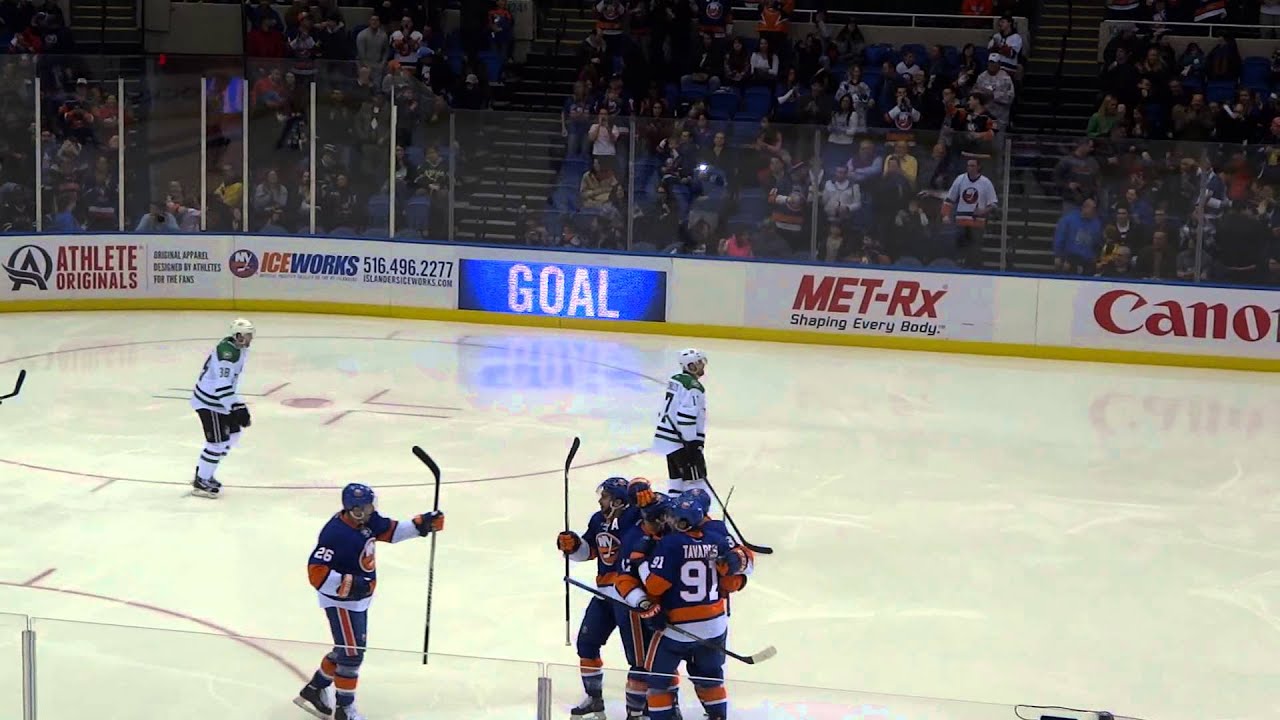 Ryan Stome, to me, is a no brainer on the first line next to John Tavares and Kyle Okposo. He sets up plays better than almost anyone else on the team, and is technically skilled with the puck. What’s more, Strome has a very underrated wrist shot that doesn’t get seen all that much due to the lack of ice time he gets.

When Ryan Strome was drafted, he was seen as the number two center and the player that would let Frans Nielsen play on the third line, a role even Nielsen admitted was best suited for him. However, Ryan Strome has developed as a wing at the AHL and NHL level for the most part due to his size and defensive ability. He’s not a bad defensive player, but is Strome ready to handle big minutes against some of the best in the world at center?

While he has done this in limited situations, the wing likely suits Strome best for the rest of his career. That isn’t a knock on his game, either.  Especially on a team that is now flush with center depth, including Grabovski, Nelson, Nielsen, and Cizikas all being able to play the center position, forcing the situation with a young player such as Strome seems unnecessary.

Now, I’m not saying let’s throw this kid right into the deep end tonight. Cory Conacher is going to get some chances, as will Kulemin. I propose giving Strome a few even strength shifts with the big boys on the first line. Sometimes, if you give a player an opportunity, they’ll work as hard as they can to prove they should stick. With someone of Strome’s character, I would expect nothing less than that.

Some of John Tavares’ early years developing with the Islanders came next to P.A. Parenteau. Now, Parenteau has certainly dipped since his big seasons on Long Island, but having a winger that can get him the puck on a consistent basis will lead to more points. In addition, Strome regularly draws two defenders when he’s on the ice. If Strome, Okposo and Tavares are on the ice, it stretches the defense much more.

The Islanders have a hole on the first line. Cory Conacher has been serviceable in his time there, and Nikolay Kulemin also could make a case for a job on the first line. However, Ryan Strome is a young player loaded with potential. Having a homegrown line on the Island with tons of skill makes my mouth water.

It should excite you, too.