It’s been almost 14 years since the New Jersey Devils denied the Dallas Stars’ attempt at back-to-back Stanley Cup championships, clinching the franchise’s second championship. Only two players are currently still active at press time, not including Martin Brodeur who still has aspirations of playing another season but is without a team and a contract. All of those men, and all of the fans that witnessed it will never forget Jason Arnott’s double overtime goal over Ed Belfour on a hot Texas night in June, clinching the first Stanley Cup of the 2000s.

Here is video of the Cup presentation and celebration:

If you have ever wondered were the players from that memorable 2000 championship team are nowadays, look no further, The Hockey Writers have you covered.

Martin Brodeur – The three-time Cup winner is currently unemployed, waiting for a job to open up in hopes of pursuing 700 wins (currently at 688) and a fourth title. Twitter: @MartinBrodeur

Chris Terreri – The Devils no.1 goalie before some guy named Brodeur came along is currently the goaltending coach for the New Jersey Devils.

Brad Bombardir — He currently serves as the Minnesota Wild’s Director of Player Development and senior director of Community Relations.

Ken Daneyko — The three-time Cup champion who’s number 3 is retired by the Devils is always around the only NHL team he ever played and starting this season he will be in the booth for MSG Networks during Devils broadcasts. He’s also an active member of the team’s Alumni Association. Twitter: @KenDaneykoMSG

Vladimir Malakhov — Most recently the veteran of five NHL teams appeared on Battle of the Blades (2013).

Scott Niedermayer — The four-time Cup champion is currently an assistant coach for the Anaheim Ducks and has been a part of their organization since he retired. He was elected to the Hockey Hall-of-Fame in 2013.

Brian Rafalski — The three-time Cup champion retired from the NHL in 2011 due to knee and back injuries. Last January he joined the Florida Everblades of the ECHL in an attempt to make it back to the NHL but after 18 days he was released after more back problems.

Scott Stevens — The captain of all three of New Jersey’s Stanley Cup championship teams is a member of the Hockey Hall-of-Fame and recently left his position as assistant coach with the Devils for personal reasons.

Colin White — The two-time Cup champion last played in the NHL in 2011-12 with the San Jose Sharks and is a member of the Devils Alumni Association.

Jason Arnott — The scorer of the Cup-clinching goal went on to be captain of the Nashville Predators before returning to the Devils for a second stint. He currently lives in Texas after retiring from the NHL.

Here is the clip of Arnott’s goal that will live forever in NHL history:

Sergei Brylin — The three-time Cup champion is currently an assistant coach with the Albany Devils of the AHL. 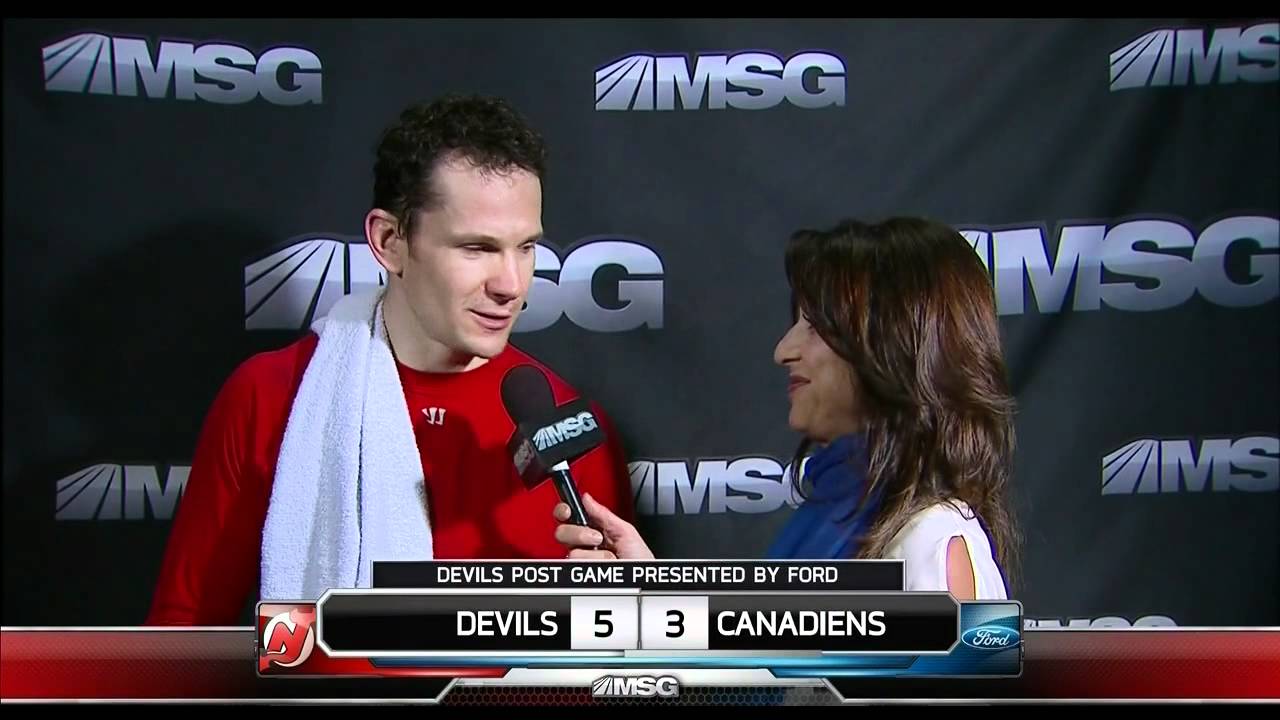 Scott Gomez — The two-time Cup champion is currently/temporarily with the Devils on a tryout basis. Since leaving New Jersey in the summer of 2007 as an unrestricted free agent, Gomez has played for four other NHL teams.

Steve Kelly — He never appeared in more than 43 games in one NHL season and had just 21 points in 147 career games. After retiring, Kelly joined the ranks of the Calgary Police Service in Calgary, Alberta where he is a police officer.

Claude Lemieux – The four-time Cup champion and 1995 Conn Smythe winner has retired and unretired a few times before hanging up his skates for good in 2009. He is currently the president of GRAF Canada – they make hockey equipment, especially skates. He’s also the president for North America of 4Sports & Entertainment. The company is based in Switzerland and represents athletes in many different sports. Habs forward Brandon Prust and Marian Hossa of the Blackhawks are two of his clients.

John Madden — The three-time Cup champion is currently an assistant coach with the Florida Panthers.

Alexander Mogilny — He last played in the NHL in 2005-06 in a second tour of duty with the Devils and was inducted into the Buffalo Sabres Hall of Fame in 2011.

Mogilny scores the insurance goal vs. the Flyers in Game 6 of the 2000 East Finals:

Sergei Nemchinov — The two-time Cup champion may be the only player to win the Stanley Cup with both the Devils & New York Rangers. He was the GM of HC CSKA Moscow from 2009-2011 and has also coached the Russia men’s national junior ice hockey team since retiring in 2004.

Krzysztof Oliwa — The “Polish Hammer” is still the only player from Poland to have his name on the Stanley Cup. He almost got on it again with the 2004 Calgary Flames (he had two postseason goals!) and now is involved with running the Polish National Hockey Program.

Jay Pandolfo — The two-time Cup champion is currently working with his hometown team, the Boston Bruins, as their first full time development coach.

Petr Sykora — The two-time Cup champion recently retired from the NHL after a second tour of duty with the Devils in 2012. He played in six Stanley Cup Finals as a player in his career with New Jersey, Pittsburgh and Anaheim.

Larry Robinson — After guiding the Devils to the 2000 Stanley Cup as a head coach Robinson left and returned to the organization a few times until he departed to become an assistant coach for the San Jose Sharks before the 2012-13 season.

Bobby Carpenter — The veteran of 18 NHL seasons and the first American to jump directly from high school hockey to the NHL, currently is a proud dad of two hockey players and one football player.

Slava Fetisov — Since retiring from coaching in 2002 he was GM of the Russian National Team that won a bronze medal in the Winter Olympics of Salt Lake City (2002). In 2009, he became president of HC CSKA Moscow and following the injuries to several of their key defenders; Fetisov (at the tender age of 51) signed a player’s contract until the end of 2009-10 season, but only appeared in one game.

Jacques Caron — Like Jacques Lemaire, he is currently a special assignment coach for New Jersey.