The Buffalo Sabres entered the league in 1970 along with the Vancouver Canucks.  The first decade started out a bit rough as you would imagine for an expansion team, with the Sabres missing out on the playoffs three out of their first four seasons of existence.  After that though, Buffalo made it to the Stanley Cup Finals, and found themselves in the postseason all they way until the middle of the 1980’s.

In the first part of this series, we took a look at the first few members of the Sabres organization that were lucky enough to wear the captain “C” on their chest.  The first twelve seasons saw four different players holding that honor.  In this segment we will be taking a closer look at the 1980’s.

[You can find Part I of this series here – The Buffalo Sabres Captain Is? ]

Carrying over from the 70’s to the 80’s as captain was Danny Gare.  He held that position until he was traded away in the 1981-82 season.  Taking over for Gare and holding that position for the next several seasons was none other than the “Original Sabre”. 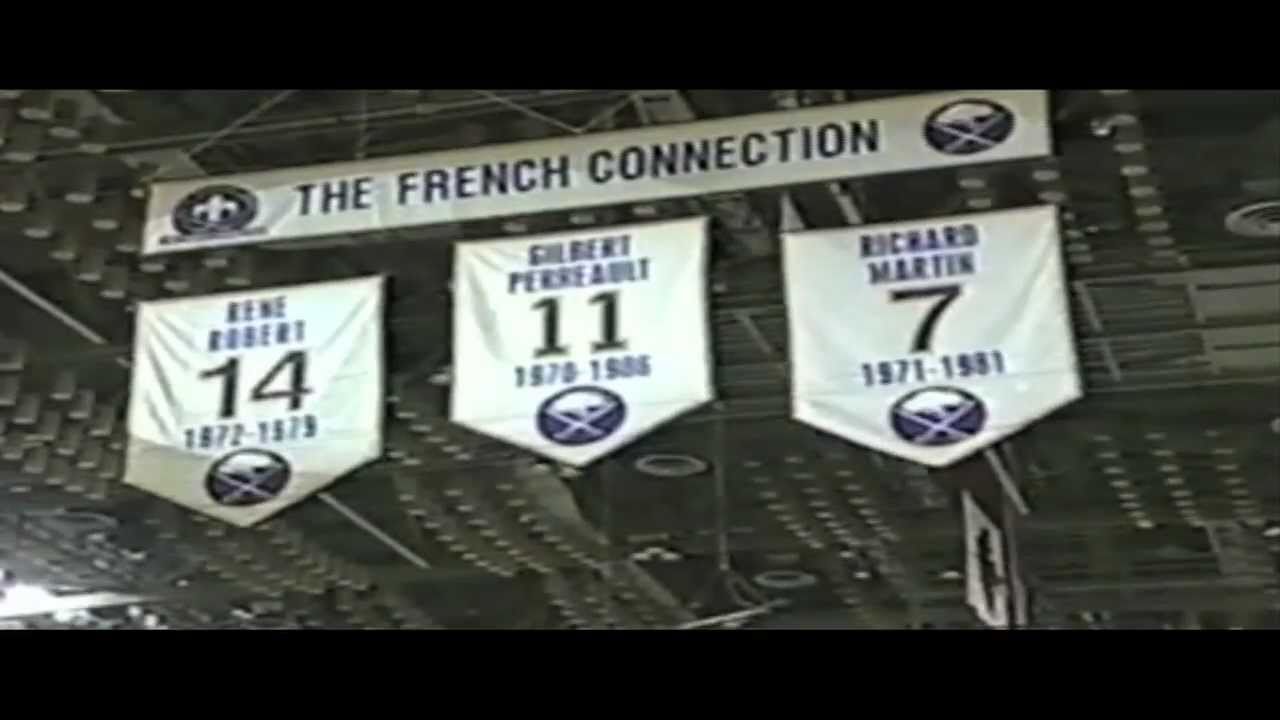 Gilbert Perreault was the first ever draft pick of the Buffalo Sabres in 1970.  It was only with a little bit of luck and a coin flip that it happened.  Perreault is revered as one of if not the greatest Sabre of all-time.  He played his entire NHL career in western New York, and remains the franchise leader in: games played (1,191), goals (512), and assists (814).  Those are all records that will most likely remain due to the era in which we are witnesses of.

Perreault, along with teammates Rene Robert and Rick Martin formed the “French Connection” which will live in Sabres lore forever.  He was voted into the Hockey Hall of Fame in 1990 and he, like Danny Gare, has his number 11 hangs on the rafters in the First Niagara Center.

Another name that remains a huge part of Sabres history is Lindy Ruff.  Ruff played his first 10 seasons in the NHL in Buffalo.  He was a character guy and was known for his toughness on the ice.  He played in over 600 games for the Sabres.

Ruff would be yet another captain that would be traded before his playing days are over.  The Sabres sent Ruff to the New York Rangers in 1989 in exchange for a fifth round pick.  The Sabres used that pick on Richard Smehlik who would play for Lindy a few years later.

Lindy’s days of playing in the NHL would end when the 1990-91 season did.  He would however make a return a couple of years later as an assistant coach for the Florida Panthers, and eventually take over as the head coach for the Buffalo Sabres.  He would enjoy plenty of success behind the Sabres bench including a trip to the Stanley Cup Finals in 1999 against the Dallas Stars.  We all know how that one ended.

Ruff was the longest tenured coach in the NHL with one team until he met his fate during the 2012-13 season.  It was difficult for the community as they lost one of their own.  He wouldn’t be down long as he took the reigns in Dallas and is still currently the Stars head coach.

This is the second time in this series that Mike Foligno’s name would appear.  As you may recall, Foligno was part of the return the Sabres received when they dealt away for captain’s Danny Gare and Jim Schoenfeld.

Foligno was drafted 3rd overall in the 1979 NHL Draft by the Detroit Red Wings.  He would play three seasons in Detroit before really making a name for himself in Buffalo.  Foligno would spend 10 seasons with the Sabres hitting the 40-goal mark once, and recording 30 or more goals twice.  He would play over 1000 games in the NHL with the aforementioned Red Wings and Sabres, but also the Toronto Maple Leafs and Florida Panthers.

The playoffs were something the Sabres as an organization became accustomed to.  Missing the playoffs only two times in the 80’s, things seemed to be moving along in the right direction.

Part III of this series will bring us into the 1990’s and out of the 20th century.  The team would fall on some hard times, as well as hockey in general, but the Sabres would find a way to bounce back even if only a little.

4 thoughts on “The Buffalo Sabres Captain Is… Part II”