A prospect with great size and good hands, Nikita Popugaev is an intriguing player with experience playing in North America. Born in Moscow, Nikita started playing within the Moscow Dynamo organization, moving later to CSKA, where he started playing in the MHL. He started appearing in North American scouts’ notebooks quite early due to his large size and he crossed the pond in 2015.

He had a very good rookie season in the WHL with the Moose Jaw Warriors, then in January 2017, he was traded to the Prince George Cougars. Popugaev is first-round material, not only because of his size but also because he has great skills and an excellent knack for the opposition’s crease. His ability to score is an asset and will help his NHL Entry Draft ranking. Paired with his frame, he is one of those players any NHL team would love to draft. However, despite his size, he is not a power forward, but he can create space for other players and use his size along the boards.

Nikita Popugaev is first-round material and having him drafted after the first 31 picks would be a surprise.

“We’ve added a player to our lineup that can be an offensive game-changer for us. Nikita is one of the most skilled and dominant offensive players in the Western Hockey League and he’s got a tremendously bright future in the game. He makes us better in all areas and he will play a big part in our success not only this year but next season as well.” – Cougars General Manager Todd Harkins.

“A big kid (6-foot-5, 208 lb.) who can really move his feet and make plays at top speed. He’s a right-hand shot who plays the left wing (traditional Russian). Between Noah Gregor and Brett Howden he’ll have a high-end centre to play with this season. Even with a huge frame, Popugaev still makes nice plays in tight.” – Jeff Marek, Sportsnet.

Popugaev projects as a goal-scoring winger with first line potential.

Nikita has represented Russia in many international tournaments. Most noticeably, he captured a gold medal with Russia at the U17 WHC during the 2014-15 season. 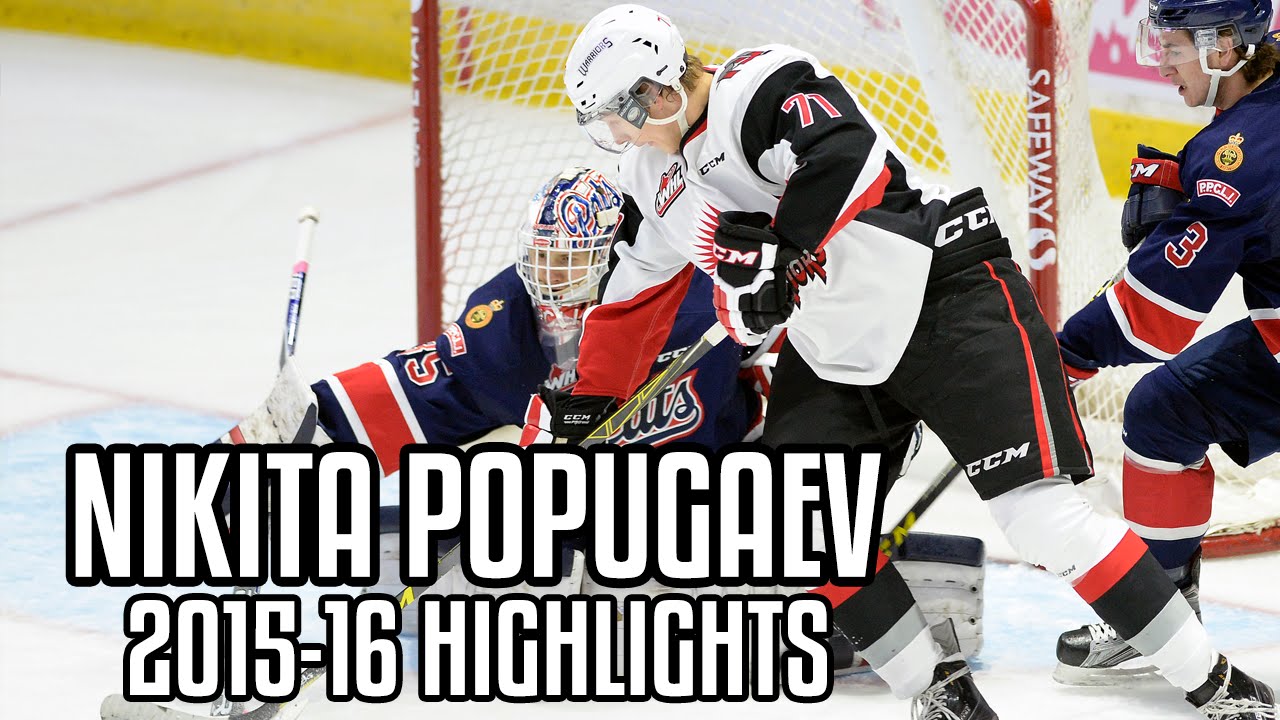