The Phoenix Coyotes situation is a mess. An absolute mess. The NHL has been trying to unload the team since it took control of the Coyotes in a bankruptcy court. The city of Glendale, Arizona is simply running out of money and has to lay off many its municipal workers because of an NHL team. So, why doesn’t Gary Bettman just cut his losses and allow an owner to buy the team and move out? Somewhere where people love hockey and the team doesn’t have to play second, or even third, fiddle.

Somewhere like Quebec City. Quebec City is more than capable of supporting an NHL team and its about time the league looks into bringing the Nordiques back. The Nordiques faithful have put on rallies in Quebec City and even in New Jersey, so, it appears as if the fans really want a team back. But why did they leave in the first place? Let’s go back to 1995.

The Problem With the Nordiques

Another problem facing the Nordiques was the cultural difference between Quebec City and the rest of the league. Quebec City is a mostly francophone city and its public address announcements were only given in French, unlike in Montreal were both French and English were spoken. There was a lack of English language media in the city causing marketability problems with the Nordiques and many non-French Canadians did not want to play in Quebec City, such as Eric Lindros.

Nordiques ownership asked for a bailout from the Quebec provincial government, but was denied. Quebec premier at the time Jacques Parizeau countered with a proposal of his own, but it simply wasn’t enough to keep the Nordiques in town. Ownership had no other choice but to sell to a group from Denver, Colorado and, thus, the Colorado Avalanche was born. 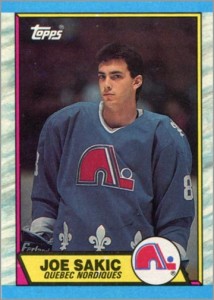 Flash forward 18 years later and Quebec City is still without an NHL franchise while cities like Phoenix and Miami have one, but struggle mightily.

The Problem With the Phoenix Coyotes?

Gary Bettman knows that the Phoenix and Miami media markets garner more revenue than say a Quebec City or even a Calgary or Edmonton. The Phoenix Coyotes are struggling and the city of Glendale, Arizona, where Jobing.com Arena is located, had to eat some money just to keep the team in town.

Glendale has considered putting up its city hall and police station as collateral to help quell the $41 million debt brought on by the Coyotes. I’m a big hockey fan, but having a city hall and a police station is so much more important than the NHL. The city of Glendale needs to realize this and just let the team go for the future of the city.

Bettman never fought this hard when the Winnipeg Jets were preparing to leave for Phoenix because he saw dollar signs. Bettman over the past few years has been fighting hard for both the Atlanta Thrashers and the Phoenix Coyotes. The Thrashers attendance and money woes were simply too much for Bettman and he finally relented and let the team move to Winnipeg, the former home of the Coyotes. The Coyotes had a potential owner in RIM CEO Jim Balsillie, but only if he could move the team to Hamilton, Ontario. Bettman refused to sell to Balsillie and, so, the deal was off.

Clearly, Phoenix isn’t going to work out for the NHL, so, even with its past troubles, Quebec City is the best possible option.

The problems that caused the Nordiques to leave in the first place can or already is resolved. The Canadian dollar is much stronger now than it was in the mid 90s and the Canadian teams that were once in danger of moving in the 90s are pretty much safe now.

While there still is a lack of English language media in Quebec City, I believe that, this time around, the Nordiques would be able to overcome this problem. Something as simple as having public address announcements in both French and English could help market the team better and help get some free agents to sign with Quebec. Seems crazy that a small move like that would do so much, but it really would.

A new arena has broken ground to replace the antiquated Colisée de Quebec. The Quebecor Arena broke ground in September of last year and is expected to be completed in 2015. The new Quebecor Arena is being built in hopes of bringing an NHL franchise to Quebec City and showing Gary Bettman that the city is completely serious about this.

The fans are rabid. The Nordiques fans have set up rallies in Quebec City by painting the town blue and hijacked a Devils-Bruins game in 2011 to show the NHL they want a team back. If Quebec City gets an NHL team back, attendance wouldn’t be an issue with a new arena and could even beat the Coyotes, who average 13,927 fans per game this season, only the New York Islanders bring in less fans.

Quebec City is constantly at the top of player’s polls for the city most deserving of an NHL team. Winnipeg was further down on the list, but was able to get a team back, so, why not Quebec City? Why not now?

However, some problems still loom for Quebec City. Quebec City was the smallest NHL market before they left and would still be the smallest market once, or if, they came back. They were also the second smallest North American market, only to the Green Bay Packers. That they really can’t help.

Although Green Bay is smaller, they are the only NFL team in the state of Wisconsin, so, fans all over the state help make the team survive. Meanwhile, the Quebec Nordiques would always play second fiddle to the Montreal Canadiens in the province of Quebec. Also, Quebec City is too far away from Montreal to tap into their fanbase.

Even though Phoenix is struggling, the Phoenix media market will always be stronger than the Quebec City market. The NHL and channels like the NBC Sports Network wouldn’t garner much revenue from a small media market like Quebec City, so, markets like Phoenix and Miami get the NHL more money. I understand why Bettman is fighting so hard to keep the these teams in their market, but only to a certain extent.

Hopefully we’ll know soon about the Coyotes future and whether they will high tale it out of the desert. If they do, they should consider the Great White North and Quebec City. Hopefully we’ll see the baby blue, igloo and fleur-de-lis adorned jerseys take the ice once again.

13 thoughts on “The Quebec Coyotes? A Potential Move From the Desert”