New Year’s Day is a time for new beginnings; a relaxing time usually spent with family. For sports fans, there are plenty of great college football games to choose from on television, this year on January 2nd.

But the Rose, Sugar and Cotton Bowls aren’t the biggest “can’t miss” events for sports fans. This year that title belongs to the Winter Classic. If you only watch one sporting event on Jan. 2, here are three reasons it has to be the Winter Classic:

Not everyone played hockey or even skated outside as a kid. Heck, in a lot of American cities, there’s no opportunity to skate outside because it never gets cold enough. 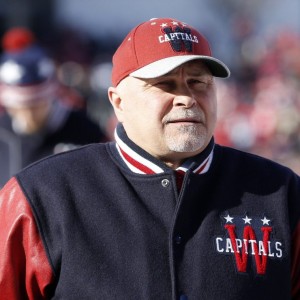 Regardless, watching the Winter Classic always feels nostalgic. It feels like a professional pickup game, yet the contest is sometimes played in front of three times as many fans as a normal NHL game.

It’s also a chance for franchises to pay homage to their pasts and wear retro jerseys. In Detroit’s two appearances, the Red Wings wore sweaters from the Detroit Cougars from the late 1920s. Other teams, like the Pittsburgh Penguins, chose older colors and added a crest to create a new alternate jersey.

Over the last few years, other traditions have been started. Goaltenders usually design unique masks for the outdoor game, and coaches wear a special jacket or fedora for the occasion, where the apparel is only worn once.

Not to mention, it’s interesting to see each team battle the elements. The sun, wind and snow can all affect the outcome of the game, just like a football or baseball contest.

The Winter Classic is still a baby compared to the Rose and Cotton Bowls, but in a decade, the NHL outdoor game has built a rich history.

In the inaugural Winter Classic, the game’s greatest star, Sidney Crosby, lifted Pittsburgh to an exciting shootout victory. The 2014 Winter Classic also ended in a shootout between two original six teams, Toronto Maple Leafs and Detroit Red Wings. Seven of the eight New Year’s outdoor games have been decided by one or two goals.

Watching the annual Rose Bowl is historic, but so is the Winter Classic. The NHL has been able to land some of the most memorable American stadiums to host its New Year’s outdoor game. Wrigley Field, Fenway Park and Michigan Stadium are must-see destinations for every sports fan. Newer buildings, like Heinz Field, Gillette Stadium and Busch Stadium (the 2017 location) have their fair share of memorable moments. It’s the first and could be the only time each venue will ever host a hockey game.

My favorite part of the Winter Classic is what I like to call “The Walk Out”. In the years the event has been at a baseball stadium, the players walk out from the dugout to a standing ovation. I get chills when I see it. For one, it always looks so cold, and secondly, it’s cool. 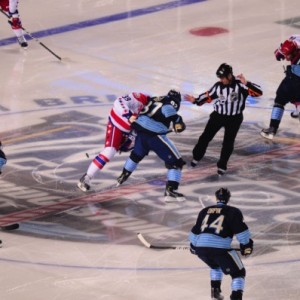 The NHL hasn’t done the best job of including every team in the Winter Classic. Over nine seasons, only 11 teams have appeared in the game, and just two squads, Chicago Blackhawks and St. Louis Blues, have been outside the Eastern time zone. Furthermore, only two Canadian teams, Montreal Canadiens and Toronto, have played in it. The Winter Classic is an east coast, American game.

But that guarantees rivalries. New York vs. Philadelphia, Chicago vs. Detroit, Boston vs. Montreal, Washington vs. Pittsburgh – the teams that play each other in the Winter Classic hate each other. It makes for a better contest, especially when oftentimes, the game means alot for the standings.

College Bowl games are fun, but there aren’t any rivalries. In addition to honoring the roots of childhood sports, the history of the NHL’s most popular franchises and the game of hockey itself, the Winter Classic is a celebration of the greatest rivalries in the sport.