Patrik Laine seemed to use his preseason outing against the Calgary Flames to show off.

A five-point outing against the conference rival Flames was the second impressive showing from Laine in the exhibition games, following a wicked goal against Minnesota. He scored two goals and three assists, with both goals on the power play.

Jets fans may recall that last season, Laine didn’t have an offensively prolific preseason. While it is just preseason, Laine’s output is nonetheless encouraging.

We won't EVER get tired of Laine's one-timers. Ever. pic.twitter.com/6Z2ZE2gR9b

By all accounts Laine, who is just 19 (I feel like that’s going to bear repeating as the season goes on), is in camp even bigger and stronger than last year and has improved on his already-impressive athleticism.

So take that into consideration, and then remember how good Laine already was last year. There’s a tremendous season ahead of the Finnish phenom, and the only question now is how high can the teenage sniper climb?

Given their play styles, heavy shots, willingness to play physical, and outspokenness at times in the media, the comparisons between Laine and Alexander Ovechkin seemed inevitable. Laine has done nothing to erase those comparisons.

This, coupled with the fact that Ovechkin’s rookie season took place in the goal-fest that was the 2005-06 season, begs the question – could Ovechkin have done as well as Laine in the NHL at the same age?

As a 17-year-old, Laine scored 17 goals and 33 points in 46 games in the Finnish Elite League (admittedly a weaker league than the KHL) and led the playoffs in goals with 10. And we all know what he was doing at age 18. 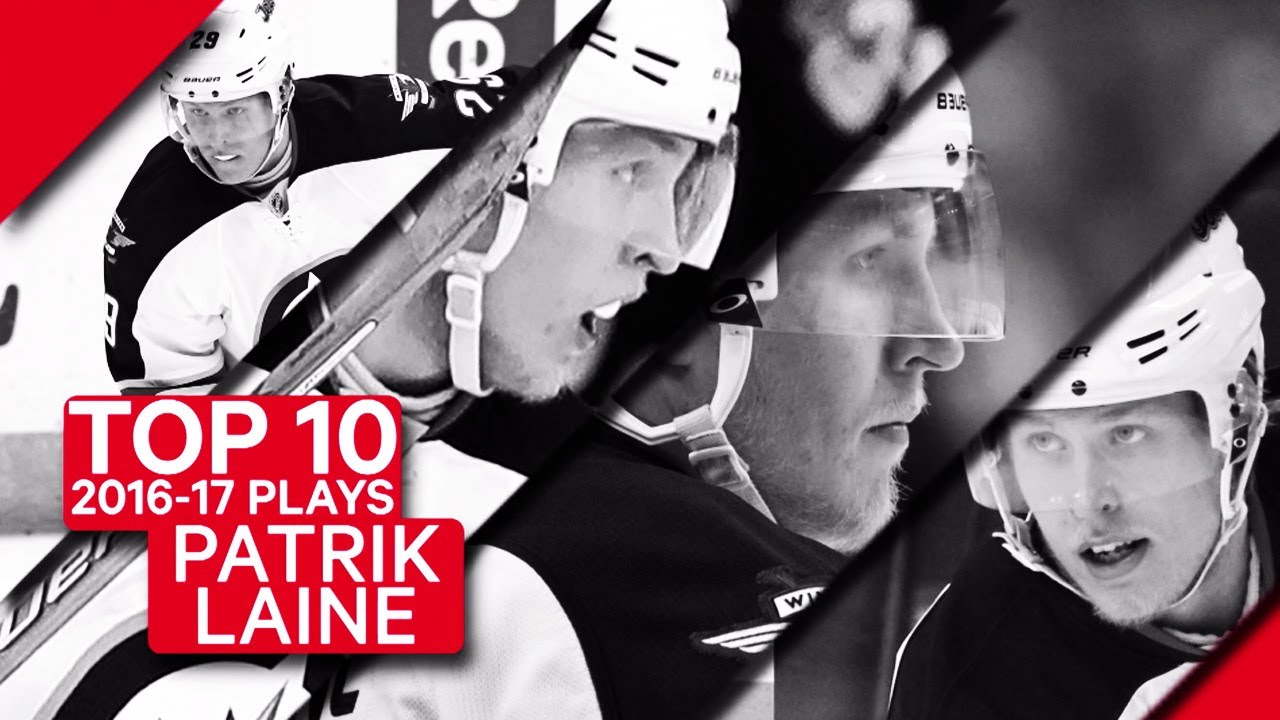 Again, what Ovechkin might have done in the NHL at age 18 we will never know. He would have been 19 in his rookie season even if he’d played right away. But we will know pretty quickly what Laine can do at age 19.

All indications from the preseason are we can expect Laine to do some pretty incredible things. His increased size means he’ll be even harder to knock off the puck and even more fearsome on the forecheck. And the exhibition games have proved his shot is as lethal as ever.

While acknowledging the “it’s just preseason” argument, look at that shot at the top of this article and tell me you think a goalie is stopping that in the regular season.

Then factor in the supporting cast Laine has around him, far stronger than Ovechkin had in his 20-year-old rookie season or his sophomore year, and it looks like Laine could hit some Ovechkin-level heights.

There’s been some speculation that Laine could be a 50-goal scorer this season, though the youngster has said all the right things in downplaying that idea. It seems a very real possibility, however.

Laine was on pace for roughly a 40-goal season last year (36 in 73 games) so it doesn’t seem unreasonable to expect him to hit 40 goals this year. Knowing that he’s stronger and tougher than last year (he’s shown off some sandpaper in the exhibition games) is it unrealistic to expect him to be the first 50-goal-scorer in Jets 2.0 history?

As for his point totals, those are harder to predict. He’s a sniper first, it’s true. His totals will skew toward goals. But his passing skills are wildly underrated, and he can pass through seams on the power play better than anyone. This is just one more weapon in his arsenal opponents will have to respect.

So how high can Laine climb? It’s hard to say for sure, but given everything already listed here’s a not-so-bold bold preseason prediction: Laine does indeed score 50 goals in 2017-18. He would be the youngest 50-goal scorer since Jimmy Carson in 1988 and the third youngest ever, wresting that title from its current holder, Steven Stamkos

Laine is still on his entry-level contract for now, but just imagine what he’s going to command when it ends. Now combine that with contract extensions coming up for Jacob Trouba, Josh Morrissey, and Laine’s linemate and good pal Nikolaj Ehlers.

The Jets are going to have some tough decisions to make. It’s why some Jets fans were so upset to see the size of Bryan Little’s contract extension. The window of opportunity isn’t closing, but the time to keep this core together may be shorter than some fans realize.

Then again, as long as the Jets have a sniper like Laine in the lineup (and his next contract will assure that long-term) they’ll always be a threat on some level. Washington has proved that.

Now, if the Jets can copy Washington’s regular season model while ignoring their playoff track record, we’re in business. If Laine can develop the way other young snipers like Ovechkin and Stamkos have, the next few years are going to be a wild ride in Winnipeg.