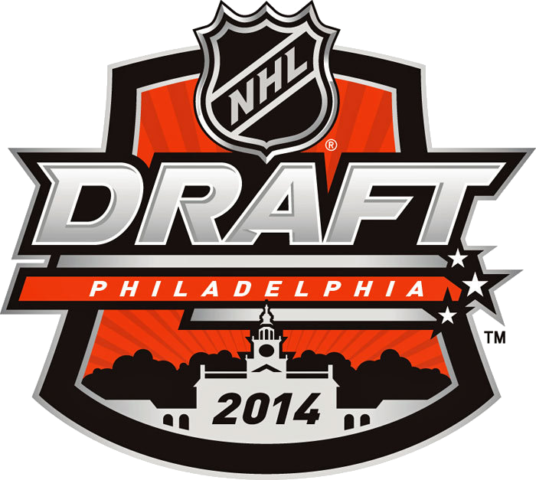 Whether it be the Phoenix Coyotes going off the board to take a Blake Wheeler or the Los Angeles Kings selecting Thomas Hickey seemingly out of nowhere, one’s mock draft can be wrecked quicker than Jake Virtanen can do a lap around the rink.

This is one of the most wide open drafts in years, leaving a lot of unpredictability in terms of hammering down where teams have prospects ranked. The City of Brotherly Love instalment of the NHL Entry Draft should be an intriguing one indeed.

[For the March edition, ranking the Top 120 prospects check out:

2014 NHL Mock Draft – The Next Ones Playoffs Edition: The Picks

“Ekblad is a pillar type defenceman. You just don’t find players like that very often.” @CraigJButton on Oilers Now.

The Exceptional Ekblad becomes first defenseman drafted first overall since Erik Johnson by the Blues in 2006, and just the third in 18 years.Panthers get immediate help on the blueline.

Reinhart is in a different stratosphere when it comes to hockey IQ and hockey sense. He’ll make all Sabres he plays with better.

Oilers heavily shop this pick as they see Ekblad go off the board. Draisaitl, the Deutschland Dangler, becomes highest German born player ever selected in NHL draft.

Peter Sullivn of @NHLCentralScout on Draisaitl: "You want to talk about a mini Jaromir Jagr, you got him right here." http://t.co/U4ZkVkXcz2

Flames dream scenario – Jonathan Toews-like prosect fall to them in the 4th overall similar. One can’t help but conjure up images of Dougie “Killer” Gilmour when you see this kid play.

I don’t think any player impressed me more than Ehlers by midseason, and then he just seemed to get even better. His stickhandling ability is off the charts. For some unknown reason, maybe inspired by Patrick Kane incredible stickhandling videos, I envisaged Nikolaj putting on a puckhandling clinic, stickhandling through downtown Shanghai in rush hour – if you can imagine that, this young gun could pull it off.

Islanders consider Michael Nylander, but have visions have Robert Nilsson and can’t pull the trigger.

Canucks go back to the OHL for their first round pick again this year and come away with an elite finisher in Dal Colle – he’s big and skilled and uses his power to create scoring chances for himself.

Son of Michael, who was once known as the Swedish Gretzky, William has been touted by some as the most purely skilled player in this draft. His 16 point performance at the World Junior U18s doesn’t hurt his cause.

Nylander can dominate w/ puck, while knows I'm eating popcorn at the stands. Aware of everything going on at the rink. #u18Worlds #u18fi

Calgary Hitmen phenom Jake Virtanen is one of the most physically gifted prospects in this draft class and perhaps the best skater. He also knows how to find the back of the net.

Perlini is another player that has that desirable of size and skill and possesses an absolutely lethal shot.

Interesting, Brendan's father was drafted by the #Leafs. Nonis was at the game vs. SUI. Possibly another Perlini to wear the Blue and White?

In the City of Brotherly Love Draft, Dallas Stars’ Brett Ritchie’s little brother snagged by the Ducks in the top 10.

Here is some video evidence on why we've had Nick Ritchie ranked in our top 7 all year long. I saw some of this live. http://t.co/3Q0WVbyTeU

McCann is a true 200 foot player and on ice warrior – teammates want to go to battle with this gamer.

The tenacious has been described as playing the game like a bull in a China shop; he also possesses an all-around skill-set.

Top 3 defenseman written all over this blueline. May not be a high end offensive d-man, but fantastic skater, smart defender and high hockey IQ.

Other than Nylander, perhaps no player elevated their stock more than Vrana in the World Junior U18s – tremendous games against Russia and then against Canada to help knock them off in the semifinal.

Honka is perhaps the most dynamic puck-moving defensemen in this draft class. Flyers hope they land heir apparent to Kimmo Timonen.

I know I say this every time I come home from a Guelph game, but Robby Fabbri is a hell of a hockey player. Deserves lottery consideration.

“In addition to his skill set, [NHL Central Scouting’s Peter] Sullivan said Scherbak has an edge to his game, and that only will bolster his draft stock. [Saskatoon Blades’ Coach Dave] Struch said Scherbak can play center or right wing and work the point or play center on the power play.” (Flames.NHL.com)

With a plethora of talent up front, Lightning opt for two-way blueliner McKeon. He’s a bit all over the board on various ranking services with ISS thinking of him as a potential steal.

4. Conner Bleackley – RD – strong two-way forward that does whatever it takes to win. High character with improving offensive skills.

From TSN’s Craig Button, who sums up Bleackley’s game quite eloquently:

“Conner is a determined, competitive player who doesn’t take any shortcuts. He’s smart, gets to the right areas and is a catalyst for positive plays all over the ice. He doesn’t allow himself to be denied!”

Dylan Larkin having a great U18 tournament. He was my favorite draft eligible player on the NTDP team all year. Solid in all 3 zones.

There is no doubting Ho-Sang is one of the most skilled guys in this draft. He really impressed at the Top Prospects Game and has carried that momentum over to his play in the OHL.

Another brother flies off the board in the City of Brotherly Love Draft, appropriately to the St. Louis Blues who also selected older Jordan in the first round in 2012.

Just talked to a scout who told me Green Bay's Nick Schmaltz "might be the most skilled player in this draft." NoDak commit.

Controversial character; undeniable offensive weapon. Patrick Roy confident he can reel him in and exploit his offensive arsenal and augment the powerful Avs attack up front.

“For me, he has those special qualities of a player determined to be a difference maker that make him first round material.” – Eldon MacDonald (THW)

Fans of non-playoff teams should start looking up Kevin Fiala because he's working his way into a top 14 pick discussion.

“Goldobin can be an incredibly impressive player to watch. With the puck on his stick, he’s about as electric as they come. He’s a top notch one on one player who can also create opportunities for his linemates by biding time with his puck skill. But I haven’t liked his disappearing act at times this year. The last few times I saw Sarnia, he was completely disengaged without the puck. He’s also been more of a perimeter player than what I saw last year from him. The skill is obviously there but if he can’t develop a more well rounded game, he’s not likely to be a favourite of NHL coaching staffs.”

“He’s a flashy, entertaining offensive talent. He uses his quickness, overall speed, puck-handling skills and vision to create scoring chances for himself and teammates. He’s creative and dangerous in 1-on-1 situations.”

# 30 – The NHL alters their punishment on the Devils for the Ilya Kovalchuk cap circumvention. They are given the 30th overall pick in the 2014, which they are not allowed to trade or transfer to another team. The NHL is also forgiving $1.5 million of the fine. **Original penalty ** New Jersey must forfeit their 2014 1st round pick as a penalty from the NHL for circumventing the cap when signing Ilya Kovalchuk. They also forfeited their 2011 3rd round pick and $3 million.