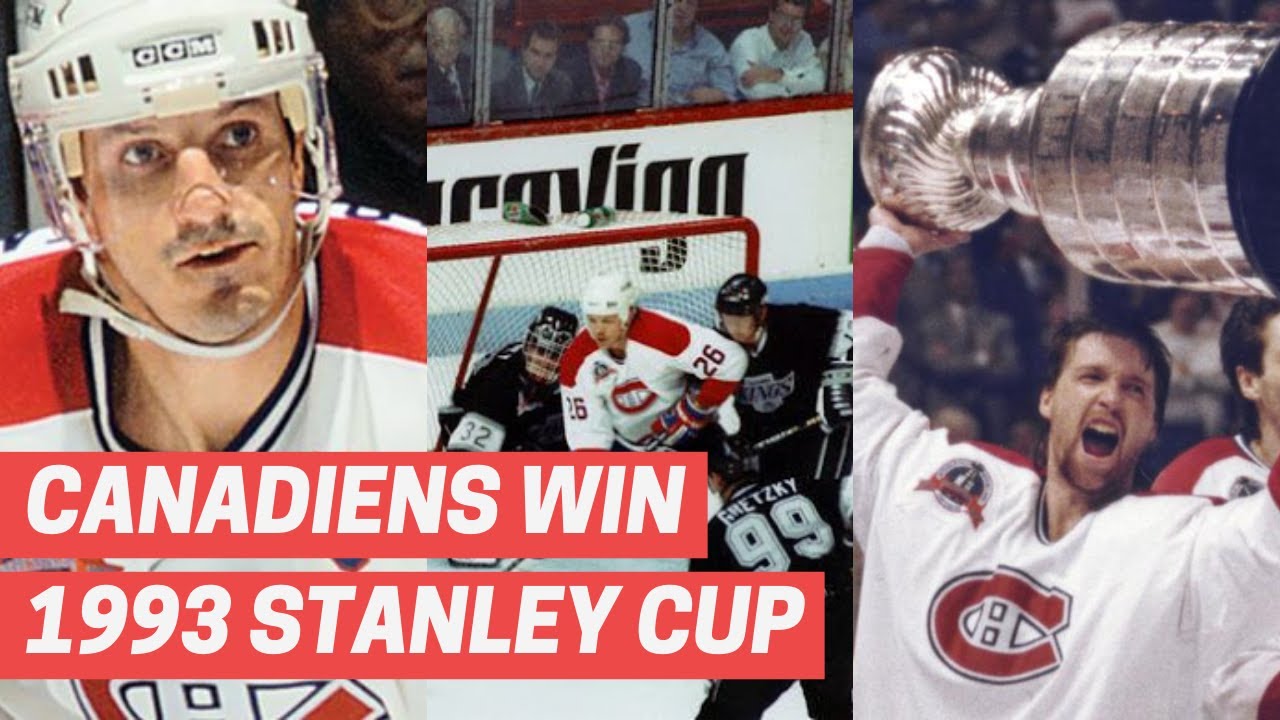 The old Montreal Forum was rockin’ and rollin’.

Guy Carbonneau, John LeClair and the rest of the Canadiens mobbed Patrick Roy. Fans hugged one another in the stands. The unmistakable sounds of jubilation filled the air.

You can watch the Canadiens’ celebration on YouTube. What I want is to watch a similar celebration, in a Canadian city, live on my television. Or, better yet, in person.

I know the 2012 Stanley Cup Finals aren’t yet over, but I’m already thinking about next year and wondering if that’ll be the year. The 2013 season will mark the 20th anniversary of the Canadiens’ championship victory over the Los Angeles Kings, the last time a Canadian team hoisted Lord Stanley’s Cup.

I am not Canadian — I am proud to say, though, that I got engaged in Toronto, just a few short hours after visiting the Hockey Hall of Fame — but I make it easy to be mistaken for one each NHL season. I don’t care whether it’s the Oilers or the Senators or the Maple Leafs. I simply want to see a Canadian team once again reign in the NHL.

A year ago, Vancouver (my preseason pick, by the way) was so close. If only Roberto Luongo hadn’t fallen apart in Games 6 and 7 against the Boston Bruins.

Since Montreal celebrated late into that June night in 1993, only five Canadian teams have even reached the Cup finals, with four of them (’94 and ‘11 Canucks, ’04 Flames and ’06 Oilers) suffering wrenching losses in Game 7.

Will 2013 be the year? Here’s the forecast for Canada’s seven teams:

Rainy. The hiring of Bob Hartley, who coached the Colorado Avalanche to the Stanley Cup in 2001, is a good start but the Flames have too many holes to be considered a legitimate threat in 2012-13. Calgary must address its offensive shortcomings — Jarome Iginla, who’ll be 35 by the time the puck drops in the fall, was the only player to reach 30 goals this season — and figure out how to ease the pressure on its other aging star, Miikka Kiprusoff, who can’t continually be asked to hold the opposition to one or two goals for the Flames to have a chance to win. That is, if the Flames keep Iginla and Kiprusoff.

Cloudy. There’s a lot to like about the youthful Oilers — Jordan Eberle (how good is this guy?), Taylor Hall, Ryan Nugent-Hopkins head the list — but Edmonton still has a little too much sizzle and not enough substance. This is a team that could benefit from a physical presence, plus we’re still waiting to find out if Devan Dubnyk (20-20-1, 2.67 GAA), another of the Oilers’ youngsters, is the real deal in goal. The rich get richer later this month: Edmonton has the No. 1 pick in the June draft.

Mostly cloudy. Max Pacioretty, Erik Cole, David Desharnais and Carey Price did their parts this season. But too many other guys didn’t, leading to wholesale changes in Montreal. How will new general manager Marc Bergevin and the team’s new head coach, whoever he turns out to be, breathe life into one of the league’s most disappointing teams? Another key question: Can Scott Gomez rebound from a terrible, injury-plagued season and live up to his fat contract? They’ll gain an important building block with the third pick in the June draft, but the Canadiens are more than one piece away from competing for their 25th Cup.

Cloudy. The Senators were overachievers in 2011-12, squeezing into the playoffs as the eighth seed and then pushing the New York Rangers to the limit in the opening round. There’s potential for another playoff surge next season, with Jason Spezza, Erik Karlsson and Milan Michalek leading the way, but there’s equal potential for a slip down the Eastern Conference standings if Daniel Alfredsson has played his last game and if Craig Anderson can’t duplicate a surprisingly solid season in goal.

Mostly cloudy. How can the forecast be any better when we don’t know who’s going to stand between the pipes? I’m guessing we’ve seen the last of Jonas Gustavsson, though he reportedly wants to return to Toronto. Does that mean James Reimer, who showed flashes of brilliance when he wasn’t injured this season, gets another shot? Or do the Leafs go get Roberto Luongo, an established veteran whom the Canucks will likely deal to clear the way for Cory Schneider? There’s the makings of a powerful offense, fronted by Phil Kessel and Joffrey Lupul, but Toronto still lacks the toughness that’s a trademark of Randy Carlyle-coached teams.

Sunny. As long as the Canucks keep scoring goals — and they will with the Sedin brothers, Ryan Kesler and Alex Burrows leading the charge — they’ll remain among the best bets to win a Stanley Cup. And count me among those who believe the anticipated goalie switch from Roberto Luongo to Cory Schneider will only strengthen Vancouver’s chances. The rise of the Colorado Avalanche in the Northwest Division should help the Canucks stay sharp late into the season, too.

Mostly sunny. The Jets made a spirited playoff charge in their return to Winnipeg and are poised to do the same next season, especially if they add another scoring threat up front. Evander Kane (he might be the most exciting guy in the NHL that nobody talks about) and Blake Wheeler both took big steps forward this season, leading the Jets with 30 goals and 47 assists, respectively. If Ondrej Pavelec can smooth out his uneven play — when he’s on, he’s very good — watch out for this team in the Southeast Division.

Talk to me. Do you agree that the Canucks provide the best hope to bring the Stanley Cup back to Canada? And, if not Vancouver, then who?