Every now and then, a heartbreaking story surfaces in the sports world and spreads to each fanbase, providing a multitude of reflective thoughts to those who share similar stories with similar impact—a time when hockey and sports aren’t at the forefront of our minds.

These heartbreaking stories often provide us all with the resilient spirit necessary to conquer life’s daily obstacles and tragedies, and a chance to inspire others. Back in November of 2016, Bryan Bickell received news that would change his life forever and cut short his career of playing professional hockey in the NHL—he was diagnosed with multiple sclerosis.

The Carolina Hurricanes‘ left winger was eventually forced to step away (after scoring in the shootout in his last NHL game) from a game that provided him with so much happiness in his life—a lifetime of practicing, competing and traveling, all for the love of the game, cut short, due to horrific and saddening reasons. But Bickell wasn’t just the recipient and beneficiary of hockey’s generosity and human kindness.

Through his career and diagnosis, he has continually elevated the happiness, passion, and confidence of those around him—teammates, friends, family and those living with MS.

As far as his career is concerned, when he was healthy, he was scary. Perhaps known for his goal against the Boston Bruins in Game 6 of the 2012-13 Stanley Cup final with under two minutes left to play, he experienced many great moments with the team he sustained an astronomical amount of success with over his career—the Chicago Blackhawks. In particular, there are three moments Blackhawks fans should never forget.

Facing Adversity Against the Wings

How could one forget the historic 2012-13 season? The Blackhawks finished with a league-best 77 points and started the season without a regulation loss in 24 games. The playoffs would be just as easy, right? Wrong.

In the second round of the playoffs, the Blackhawks squared off against a familiar foe—the Detroit Red Wings. After winning Game 1, the Red Wings won the next three games and pushed the Blackhawks to the brink of elimination. The Red Wings led 3-2, as the series shifted to Detroit for Game 6.

The Blackhawks found themselves down 2-1 entering the third period in what could have been their last game of the season—punctuating a great regular season with a bitter defeat. But that wasn’t the case. Michal Handzus scored the game-tying goal with less than a minute played in the third period.

And then, Jonathan Toews found Bickell in front of the net, and Bickell buried the go-ahead goal. Feeding off of Bickell’s monstrous celebration, the Blackhawks never looked back. A furious and emotional comeback led the Blackhawks to a 4-3 win in regulation, thus forcing a Game 7.

Bickell’s go-ahead goal in Game 6 against the Red Wings wasn’t the game winner; however, it served as a springboard and propelled the Blackhawks to a win in one of the toughest buildings to play in during a series in which the Blackhawks faced a plethora of challenges and adversity. Without Bickell’s goal, it’s tough to say what might have happened.

Heroism with Under Two Minutes to Play

We all knew this moment was coming. How could you not expect it? Bickell scored the most important goal of his career as a member of the Blackhawks—or any team for that matter—in Game 6 of the 2012-13 Stanley Cup final against the Bruins with under two minutes left to play.

Prior to Game 6 in Boston, the Blackhawks led the best-of-7 series 3-2—a clash between two Original Six teams desperately trying to outmaneuver the other to recapture the Stanley Cup. As the game progressed, the Bruins began the relatively low-scoring affair with a goal from Chris Kelly.

The Bruins’ faithful prayed for the home-ice dominance they experienced against the Vancouver Canucks in the 2010-11 Stanley Cup Final. But that didn’t happen.

With under eight minutes left to play in the third period of Game 6, Milan Lucic’s goal gave the Bruins a 2-1 lead. Fans of both teams began to mentally prepare themselves for what seemed like an inevitable Game 7 in Chicago. There’s no way the Bruins would blow a 2-1 lead with under two minutes to play at home in a must-win situation, right?

With just over a minute left to play in the third period, Toews found Bickell in front of the net once more, and Bickell again buried the colossal game-tying goal. With the score tied 2-2, the Blackhawks struck again, taking a 3-2 lead with 17 seconds of separation between their last two goals. That was all she wrote. The Blackhawks were the 2012-13 Stanley Cup champions.

Bickell’s goal came at perhaps the most important moment for his team. Who knows what could have happened in Game 7 if the Bruins held on to win? Fortunately for Bickell, the team and the fans, that remains merely a simple thought over which one can ponder.

After Bickell’s journey in the NHL, one in which he gave everything he had, the Blackhawks reached out and provided him with a one-day contract to give him the opportunity to retire as a member of the Blackhawks’ organization—thus ending his NHL career with the team he began it with.

But the gesture of goodwill and appreciation for the 31-year-old didn’t end there. The Blackhawks honored Bickell through their ‘One More Shift‘ directive. Skating on the United Center ice one last time, in front of a packed house, the fans were finally able to give a well-deserved, heartfelt thank you and say their goodbyes to a man who has given so much, a man who has inspired others to keep fighting through their darkest days, a man who is truly brave. 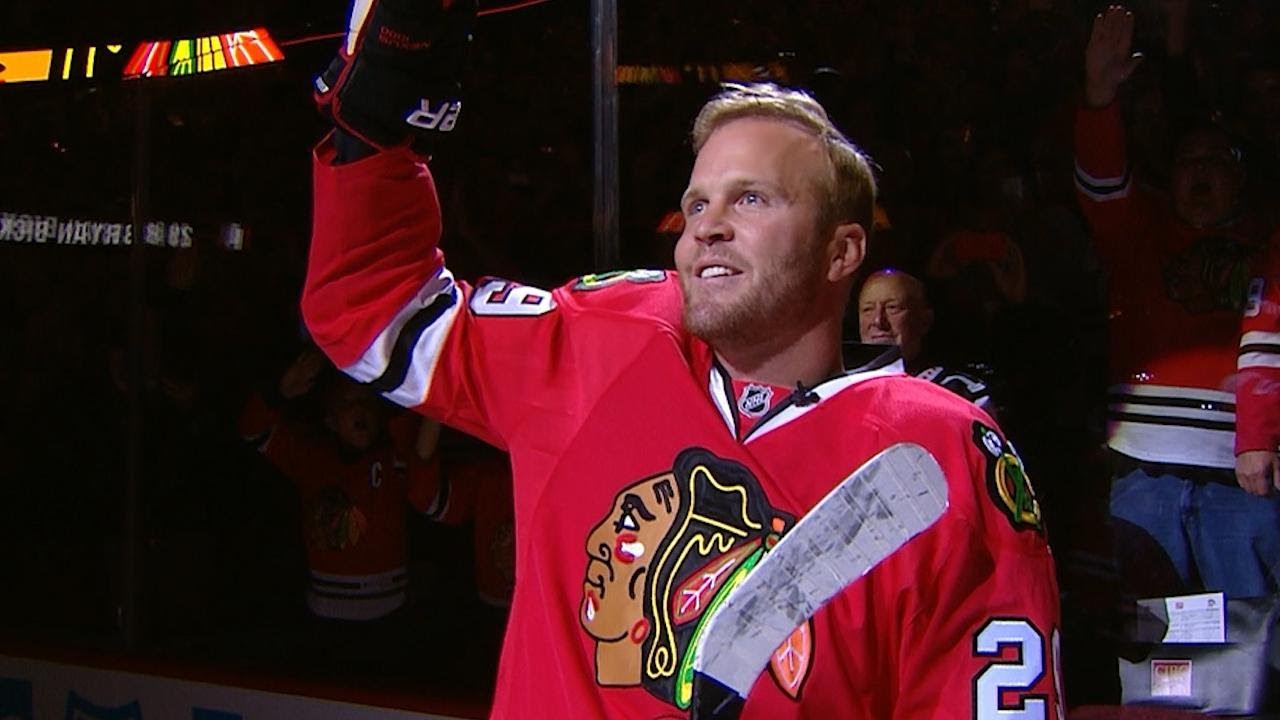 Bryan Bickell will always have a special place in the hearts of fans whose fandom extends beyond the Blackhawks and Hurricanes. NHL fans, sports fans and the conventional person alike can all draw inspiration from one of hockey’s most inspirational athletes.