The sports world is full of “what if’s” and the hockey world is no different. In this piece, in what I hope is a reoccurring segment, I look at what would have become of Eric Lindros and the Quebec Nordiques had he played for them.

Eric Lindros had entered the 1991 NHL Entry Draft as the undisputed number one prospect. Lindros had just come off a 149 point season, including 71 goals, and had great size.

Unfortunately for Lindros, the Quebec Nordiques held the number one overall pick. Lindros had said in advance that he would not play for Quebec mainly because Quebec was a smaller market and Lindros couldn’t speak French. The Quebec Nordiques chose Eric Lindros anyway with the number one overall pick in 1991. When Lindros reached the stage, he did not adorn the Nordiques sweater that was presented to him as things were already off to a rocky start.

Lindros kept his word and did not play for the Nordiques and instead returned to the OHL with the Oshawa Generals and the Canadian national team.

On June 30, 1992, a little over a year after he was drafted, Lindros was traded from Quebec to the Philadelphia Flyers where Lindros would later become the captain and face of the franchise.

However, what would have happened had Eric Lindros swallowed his pride on threw on the powder blue, fleur-de-lis adorned sweater?

Let’s just say that Eric Lindros did play for the Quebec Nordiques. 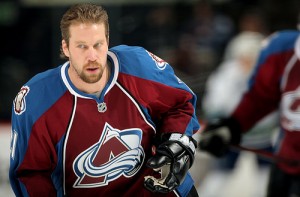 Lindros’ first season with the Quebec Nordiques would have been in the 1991-92 NHL season. The Nordiques, with Lindros, would still finish a distant last place in the Prince of Wales Conference, but it’s the 1992-93 season where things start to take a turn.

In 1992-93, the Quebec Nordiques were just four points out of first, but that was in large part of the players Quebec received from the Philadelphia Flyers (more on that trade later). The Nordiques would fail to make the playoffs without the haul of players from the Flyers.

The Nordiques would still move to Denver, no amount of talent was going to stop that move, but they wouldn’t be Stanley Cup champions in their first year in Colorado. You see, Quebec traded Lindros for Peter Forsberg, Mike Ricci, and others, Forsberg and Ricci would win the Stanley Cup with the Colorado Avalanche.

Since Forsberg and Ricci are still playing in Philadelphia, the Flyers are now contenders in the Eastern Conference. The Flyers would have been able to build around Forsberg, a future Hart Trophy winner, and could have won a Stanley Cup.

Meanwhile, the Colorado Avalanche have a pretty good one-two punch in Joe Sakic and Eric Lindros, some would say better than Sakic and Forsberg, but they wouldn’t have gotten Patrick Roy from the Canadiens. When the Nordiques traded Eric Lindros, they also received a 1st round draft pick in 1993. The Nordiques used that pick on prized goaltending prospect Jocelyn Thibault who was then traded to Montreal in 1995 in the Patrick Roy deal. 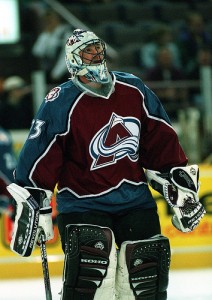 Without the 1996 Cup title and the Avalanche stuck in second gear, Joe Sakic signs that offer sheet with the New York Rangers and leaves the Avalanche. Colorado stays a lower seeded team, but never does more than that. The Avalanche never win a Stanley Cup with Eric Lindros and the Philadelphia Flyers win the Stanley Cups that they don’t.

Do you have any “What If’s?” you want to be seen on here? Comment below or send me a Tweet, @MarkWGraham