There have been some rule changes before the start of the 2017-18 NHL season. One of the three changes has stood out from the rest with, the ‘failed offside challenge’ making headlines. What this means is if a coach challenges whether a player was offside that led to a goal and loses the challenge, his team gets a two-minute penalty for delay of game.

What this is meant to do, ideally, is cut down on the number of coach’s challenges on offsides that led to goals. While great in theory, it solves nothing and further exacerbates the real issue for the NHL, which is the continuing decline in the quality of officiating.

Too Many Offside Challenges

Although arguments can be made as to whether the new rule change to failed offside challenges is good or not, it’s the result of coaches challenging too many offsides. This past season there were 131 offside challenges made, which was an increase of 32 percent from the 2015-16 season.

Now fortunately with offsides, there is always a right call. A referee can make a mistake and say a player was onside when they, in fact, were not. They are human after all. They are looking closely to see if a player’s skate is on the ice or not, which can be a matter of inches. And it doesn’t help with players being faster than ever.

At least with this, referees can rely on video review. There are multiple angles to view the blue line and if it’s really close they can break out what seems like a finish-line camera from 100-meter races. This way, they get a photo finish on whether a skate was on the ice.

Then coaches, seemingly, abused the offside challenge. But when they have to make a split-second call on challenging the offside that can be indistinguishably close to the ice while watching on a tablet, it’s not difficult to see why so many challenges were wrong.

Coaches Shouldn’t Do a Referee’s Job

When it comes down to it, this is what the coach’s challenge is for. The officiating has become so poor and inconsistent that the NHL made it so that the coaches can keep the referees in check. Here’s a good example of this in practice as Joe Colborne interferes with goalie Cam Talbot, which results in a no-goal call after review. 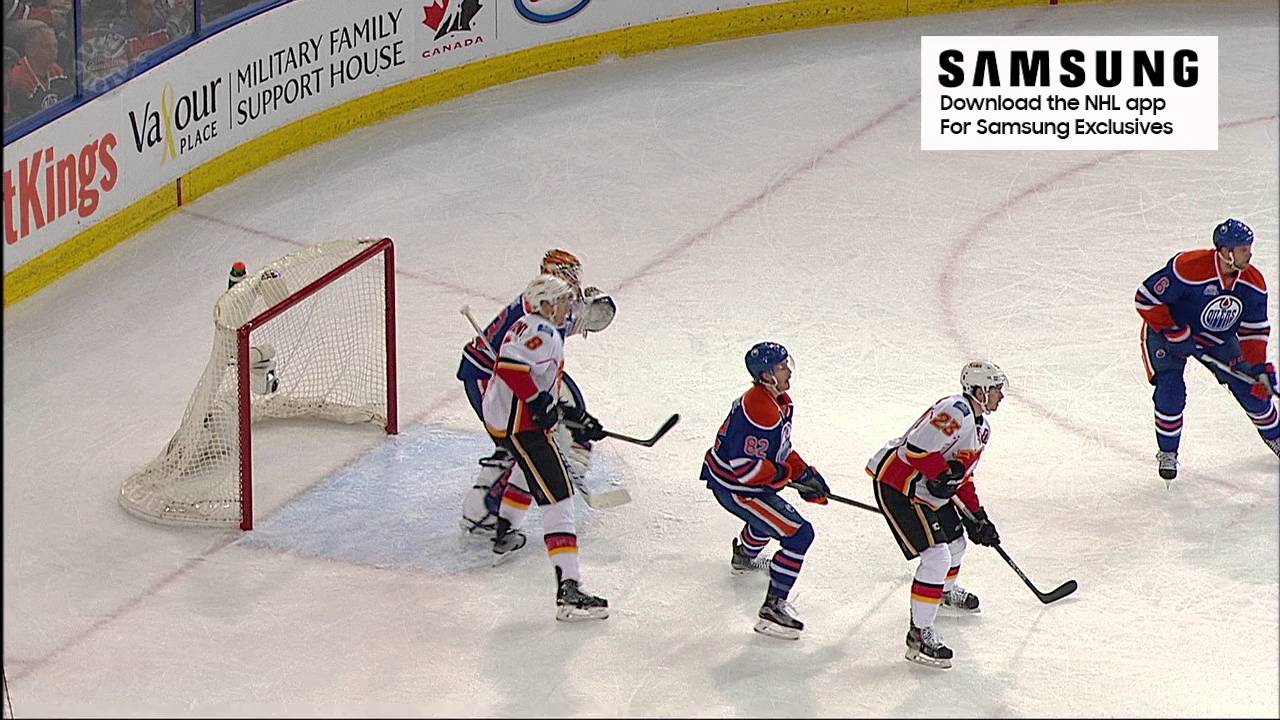 This shows the coach’s challenge working exactly as planned. The problem is that it shouldn’t be up to coaches to make sure games are officiated properly.

If you watch this video again you’ll see that the referee in the corner, closest to the net, is actually the one to call it a goal while in plain sight of Talbot being interfered with. So the only reason that this was properly called was because of the coach. Let’s watch another one to really drive home the point. 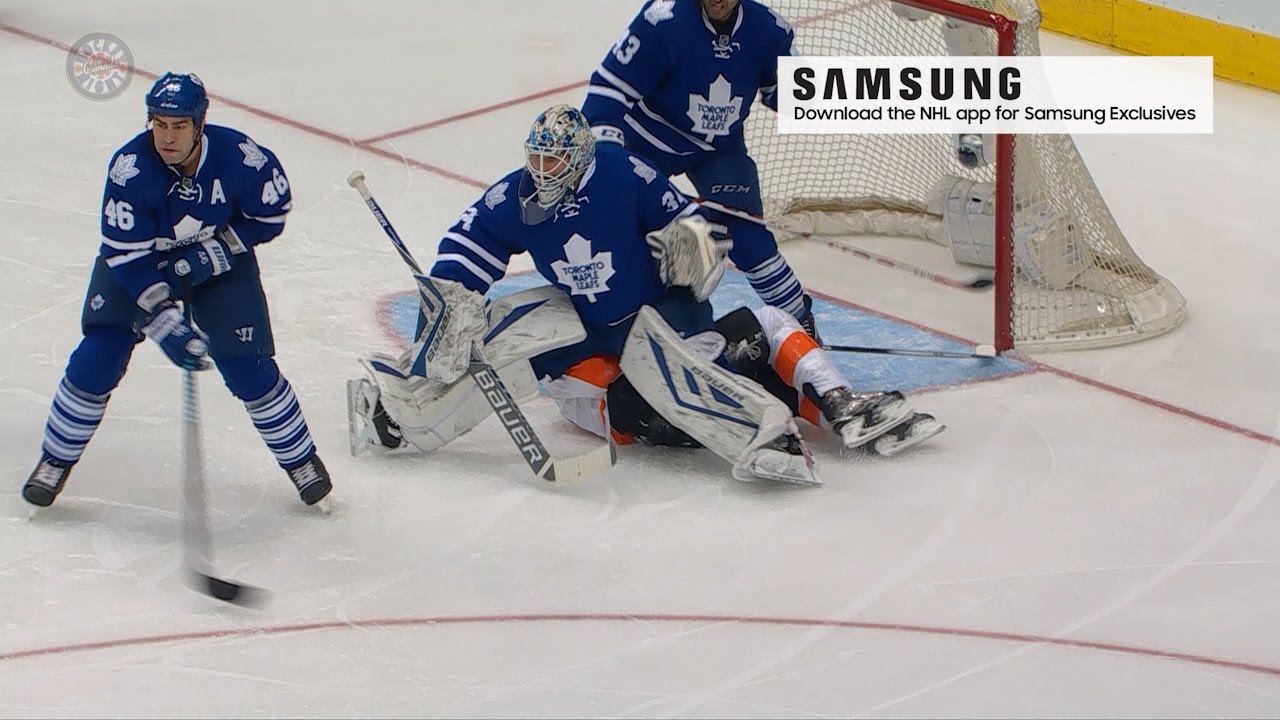 This time, Brayden Schenn loses an edge on his way to the net, which results in him knocking over goalie James Reimer. Once again, blatant goalie interference right in front of the referee who then happens to call it a good goal. But once again it was overturned with a coach’s challenge.

Now let’s say, in this made-up scenario, that a coach uses his challenge to dispute a goal that may have been the result of an offside. Since it’s so hard to tell if a player is offside, he might happen to get it wrong. Whoops. Well, there goes his timeout, and he can’t contest any more goals in this game.

Then a goal is later scored on his team and it obviously shouldn’t have been called a goal, like say something similar to the videos above. Well, it’s too bad for him since he already used up his coach’s challenge. Oh, and under the new rules, that coach would now also get a two-minute penalty for his team.

Both of those videos show a goal scored on goalie interference that should have immediately been called off by the official. Instead, they were both called a goal when they shouldn’t have been. The problem is that there shouldn’t even be a need for a coach’s challenge if the referees were better and were more consistent in deciding what is and isn’t goalie interference.

The Coach’s Challenge Isn’t About Making the Right Call

The coach’s challenge isn’t about making the right call and making sure that the game is called properly. If it was, then there wouldn’t be a limit to how many challenges a coach could use. If a coach loses a challenge it means he can’t dispute any goal against his team no matter how outrageously wrong the call on the ice is.

It comes down to being about strategy. Should a coach use his challenge if it seems like a close call, and possibly lose it, in the first period or wait in case he needs it for the third period? Is a coach just as likely to challenge a goal if his team is down 2-1 versus 8-1?

It’s a matter of chance for coaches on whether the goal will be overturned because of the inconsistency in what constitutes goaltender interference and whether a player’s skate is just off the ice enough to be called offside. And now with the failed offside challenge, it means that coaches are less likely to challenge an offside goal since there is a deterrent to do so.

So how are offside goals supposed to be called if the referees can’t tell if it’s offside and the coaches that are meant to keep the referees in check are reluctant to use their challenge?

At this point, they might as well do away with the coach’s challenge and just accept that there’s going to be a lot of bad calls. That way we aren’t wasting five or even 10 minutes at a time while the referees decide if they were wrong.

Or the NHL could just instruct referees as to what exactly constitutes goaltender interference since contact with a goalie can be so varied, but that’s probably too much to ask.

I’ve been a fan of the Toronto Maple Leafs since I was a kid and have always had an interest in writing. At The Hockey Writers, I get to enjoy both of my passions as well as writing about small convoluted details in player contracts and stats.