When last we visited this subject, the long, twisted road investor Chris Hansen had traveled in his efforts to bring the NHL and NBA to Seattle had seemingly reached a dead end.

In a stunning 5-4 decision, the Seattle City Council declined Hansen’s street vacation request last May, effectively ending efforts to obtain a master use permit to construct a multi-purpose facility in the SoDo District of downtown Seattle. To make matters worse, the proposal to vacate a little-used section of Occidental Avenue for an $18-20 million payment was on the verge of passing until a reported last-minute reversal by councilwoman Lorena González. To sports fans throughout the area, it was like an own goal in overtime of Game 7 of the playoffs, but worse. It seemed like the end of the line for Hansen and his dream to bring the Seattle Sonics — along with an NHL franchise — to the Emerald City.

As it turns out, reports of its death had been greatly exaggerated.

Upon seeing the vote fail to pass, Chris Hansen and his team went back to the drawing board. Hearing a consistent theme regarding discomfort over “public money” being a factor for some of the council members (the fact that it was bonding authority and not actual public money was a distinction some were unable to make), they simply removed that variable from the equation.

The goal of this partnership was to build the arena and bring an NBA team to Seattle. Public financing was simply a mechanism that made that possible at the time. We have concluded that a changed economic climate makes possible the private financing of the arena.

These considerations lead us to suggest a new proposal. Our goal has always been to return the NBA to Seattle and to build a new arena to make that possible. Our partnership with the City and County started five years ago was based on a recognition that private financing of a new arena in the prevailing economic conditions was not economically feasible. The goal of this partnership was to build the arena and bring an NBA team to Seattle. Public financing was simply a mechanism that made that possible at the time (Seattle Times).

Translation: We tried to do it the way every other arena in America is financed, but Seattle politics being what they are, we’ll just pay for it ourselves and skip the hassle.

What Happens to the Previous Memorandum of Understanding?

Back in 2012, the City of Seattle and King County entered into a Memorandum of Understanding with ArenaCo to build a multipurpose arena to host professional hockey, basketball and other periodic events. The five-year agreement would allow for up to $200 million in bonding authority to combine with nearly $300 million of private equity to construct a state-of-the-art facility in Seattle’s stadium district. If an arena could get on a glide path toward completion, the investment group and city leaders were confident that NHL and NBA teams could be acquired. NHL Commissioner Gary Bettman has expressed public support for a franchise in Seattle — numerous times. 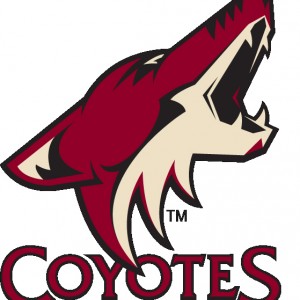 Hansen came close twice to acquiring anchor tenants in 2013, entering into a binding agreement to purchase the Sacramento Kings in 2013, only to be denied by the league. Later that year, the Coyotes were on the verge of moving to Seattle until a narrow 4-3 vote by the Glendale City Council allowed them to remain in town.

The Memorandum of Understanding required securing an NBA team in order for the lion’s share of the $200 million of bonding authority to be released. Given the embrace by the NHL and cold shoulder by the NBA, it seemed almost certain that the MOU would need to be reworked in order to allow an NHL team to be the initial tenant.

Not anymore. Without the need for Seattle’s bonding authority and the $200 million it would have generated, the MOU can be torn up.

What Are the Remaining Hurdles?

Although it would seem that a privately financed arena in the middle of an area of town zoned for stadiums and arenas would have little opposition, that’s just not the case. The Port of Seattle has been a vocal opponent of the location of the new arena and, despite the news, remains so today:

Looking at this, if the parties want to terminate the MOU, we think that’s a good thing. Then we can have a broader conversation on alternative sites (King 5).

The Port wields considerable political influence whose opposition to the arena was mentioned by several of the Council members who voted against the street vacation.

The Seattle Mariners have also been firmly against the project. New CEO John Stanton even referred to it as a “big, ugly house.” As of this writing, there has been no comment from them regarding these developments.

For the project to move forward, the Seattle City Council will need to hold another vote, with the anticipation that this development convinces at least one dissenting council member to change their vote in favor of the street vacation. The arena cannot be built without passage of that proposal.

The Time is Right

With the NHL having only awarded Las Vegas a franchise during the recent expansion round, the league will have 31 teams. It doesn’t take a math major to figure out that’s an imbalanced total, one that could be easily solved by awarding Seattle a franchise.

Gary Bettman would have to walk back statements he made after Seattle failed to apply for expansion, but considering the arena project was stuck in neutral at that time, that would be a simple task. It’s a bit premature until all the I’s are dotted and T’s are crossed, but assuming that occurs, the opportunity to grow into one of the most enticing markets in the U.S. makes the decision an easy one.