It’s a bold statement. The NHL shootout has been the bane of hockey purists since its inception after the ’04-’05 lockout. It was meant to add an element of excitement to the game, but instead seems to detract from the team aspect and converts a contest toa 1-on-1 skills competition. Among many hockey circles it’s always a hot-button topic and if you polled the majority of loyal NHL fans they would want the shootout gone.

I bring you good news. There is a very simple solution to decreasing the number of NHL shootouts every year and it rests solely in the American Hockey League. 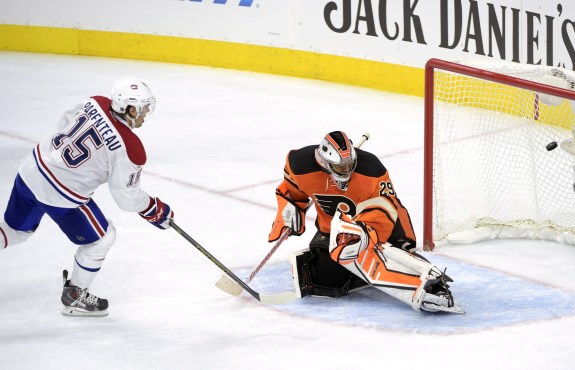 In July, the AHL board made a few changes to its overtime rules (link here):

During the regular season, the sudden-death overtime period will be seven minutes (7:00) in length, preceded by a “dry scrape” of the entire ice surface.

Teams will change ends at the start of overtime.

Full playing strength will be 4-on-4 until the first whistle following three minutes of play (4:00 remaining), at which time full strength will be reduced to 3-on-3 for the duration of the overtime period.

If the game is still tied following overtime, a winner will be determined by a three-player shootout.

If you’ve watched any AHL overtime games you’d know that their style of 4-on-4 and 3-on-3 play in extra is much more enjoyable to sit through than the dreaded shootout. Like a Pavlovian experiment, Devils fans and Flyers fans have already learned to turn off their TVs when the shootout comes on since they know what’s going to happen.

To date, the NHL has played a total of 98 games that involved overtime. Of those 98 games, 55 of them required a shootout. That’s a whopping 56.1%. More often than not, a game that goes to overtime in the NHL will end up going to a shootout.

The AHL has played a total of 73 games that went to overtime this season. How many of those overtime games go to a shootout? 21 – good for 28.8%. That’s almost half as less seen by the NHL.

The AHL overtime rule is simple, beneficial, and something the NHL should take note of.