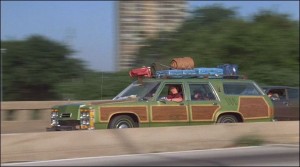 Shortly after taking the first spot in the Southeast, the Panthers hit the road with away games vs Dallas and St Louis.  Great, just when things were looking good!  Wait!  Not so fast…the Cats are now 7-3 on the road (while 2-2-3 at home).

So, just how big was a win against the Stars?  Well, the Cats currently have the best road record in the NHL!  How does that compare to last year?  You guessed it…another Panthers from worst to first this season!  Last year, the team only managed to pull off 14 wins on the road for the entire season.

In Tuesday night’s game against Dallas, the Panthers were impressive on both sides of the ice.  The team over-powered the Stars, taking 14 shots on goal (vs 4 by the Stars) in the first period.  They jumped out to an early 2-0 lead, and continued to score 2 more goals in both the  second and third periods.  Backup goalie, Scott Clemmensen managed to get the shut out in his first start of the season.  Not a bad way to return after nearly being snubbed out of the backup spot amid controversies in net, while he recovered from minor knee surgery.  Clemmensen seemed appreciative of his teammates, saying “That was a good game for me to play in my first game back, as well as they were playing. Basically, it turned into a 20-minute game for me with a 4-0 lead.”

The Panthers are 9-5-3…the team’s best start since the 1999-2000 season.  That was also the last time the Cats made the Stanley Cup Playoffs.

Next up is the St Louis Blues, who have been hot at home with a 6-1-1 home record.  The Cats are tied for first place in the Southeast with the Capitals, who will also be on the road on Thursday night.

It would be great to welcome the Cats back to South Florida following a successful road trip.  Thursday’s game will be followed by a 4 game home stand, which could give fans a lot to be thankful for during Thanksgiving weekend!