The NHL lockout has not completely shut out fantasy hockey. Many dedicated fantasy hockey players are taking this opportunity to shore up their fantasy prospect scouting by watching AHL, CHL, and college hockey. The hopes are that this extra research will allow them to find the next great sleeper pick that is not in all the magazines. Perhaps they will earn the respect and admiration of their peers by taking advantage of some poor, lesser informed counterpart.

In looking for prospects that will have an impact on your fantasy hockey roster what are the most important factors to consider? 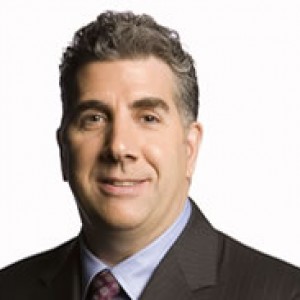 I posed that exact question to former NHL General Manager, and current TSN Scout and NHLNET Analyst Craig Button. “In looking for prospects you want to contribute to your fantasy team, you better look at the team he is playing on and see what type of opportunity he has.”

Indeed you may have an opportunity to draft player A or B who may be of similar skill set, but the deciding factor in their fantasy impact may very well be the opportunity they have, or the role they will play. “A great example is Edmonton.” Button explained, “They drafted Hall, Eberle, and Nugent-Hopkins, and they were going to push these kids along in the NHL at 18 years old, mistakes and all. Those are the ones you gotta pick”.

Taylor Hall was selected first overall in his draft year and the second selection was Tyler Seguin who was selected by the Boston Bruins. The Taylor vs. Tyler draft will forever link these two players’ careers, and for those fantasy owners who had the first overall pick in that draft had the same dilemma.  While their overall career totals are yet to be determined, Hall has outscored Seguin to date by a point per game rate comparison of 0.75 to 0.57, or 95 points to 89. Arguably this is because to Button’s point, Hall has had the larger role so far, or the “better opportunity”

“If you picked Tyler Seguin who went to a very good team in the Boston Bruins, it’s not that he’s not going to be a great player, he’s just not going to have the same opportunity” Button said. “If you are looking for a fantasy player who is going to have a big opportunity and make a fantasy impact, pick Justin Schultz”

Justin Schultz was one of this summers prized free agent signings, and was signed by the Edmonton Oilers. The Oilers add Schultz to their impressive crop of highly talented young guns and he has the glorious opportunity to run the power play on what could be a potentially lethal Oilers team. He has the opportunity, and after 7 games in the AHL, he has shown he has pro skills, leading the entire league in scoring with 12 points as a rookie defenseman with the Oklahoma City Barons. Schultz is Buttons pick to be the next NHL rookie of the year.

Another astute strategy to look at is highly touted players who may have had an off year and seen their stock drop. Players do not receive serious media attention while in junior, and get drafted by NHL scouts and teams for no reason.  There will be players who will be exceptional, but who have a setback year. Do not give up on them. In fact, seek them out if you can acquire them at a discounted rate.

“Brandon Saad is a perfect example of a player who heading into his draft was very highly touted, and for whatever reason didn’t have a very good year.” Button pointed out. As a result, he slipped in the rankings and everyone overlooked him. “Everybody did it, scouts and all the experts, and the Hawks ended up getting a hell of a player”. Once the NHL returns, Saad may find himself with the glorious opportunity of playing a top six role in Chicago alongside Jonathan Toews, Patrick Kane, Patrick Sharp, or Marian Hossa.