Since 2005 the NHL has been invaded by the Staal brothers; we still never found out who dad’s favorite (or favourite) is though. Eric Staal won the 2006 Stanley Cup with the Carolina Hurricanes, Jordan Staal won the 2009 Stanley Cup with the Pittsburgh Penguins and Marc Staal was on the losing end of the Stanley Cup Final last season with the New York Rangers. Youngest brother Jared Staal has yet to become an NHL regular, but is part of the Hurricanes’ AHL affiliate the Charlotte Checkers.

For Marc Staal, he has become one of the core-four that New York has clearly built their team around — along with Henrik Lundqvist, Dan Girardi and Ryan McDonagh. He has survived and overcome a serious eye injury and now, maybe more than ever, he will be counted on for leadership as the Blueshirts begin this season as the defending Eastern Conference champions.

At the end of this article you can find links to exclusive interviews with the three other Staal brothers, but The Hockey Writers recently talked to Marc to about his scary injury, if he’s jealous of his Cup-winning brothers and making the adjustment from John Tortorella’s system to Alain Vigneault’s game plan and other topics.

The Hockey Writers: You had a very scary injury a few years ago; how are you doing and what was the recovery like?

Marc Staal: It was a very hard thing to overcome. I took my time, it was kind of scary; it puts things in perspective for you, that’s for sure. Now I just enjoy coming to the rink everyday and playing, trying to win games and I’m really glad I can still do it.

THW: If we’re not mistaken it was the New Jersey Devils you scored your first goal against; was it here at Prudential Center or was it in the Continental Arena?

MS: It was here; it was the first year of this building.

Every NHL player remembers his first goal, and Marc Staal is no different: 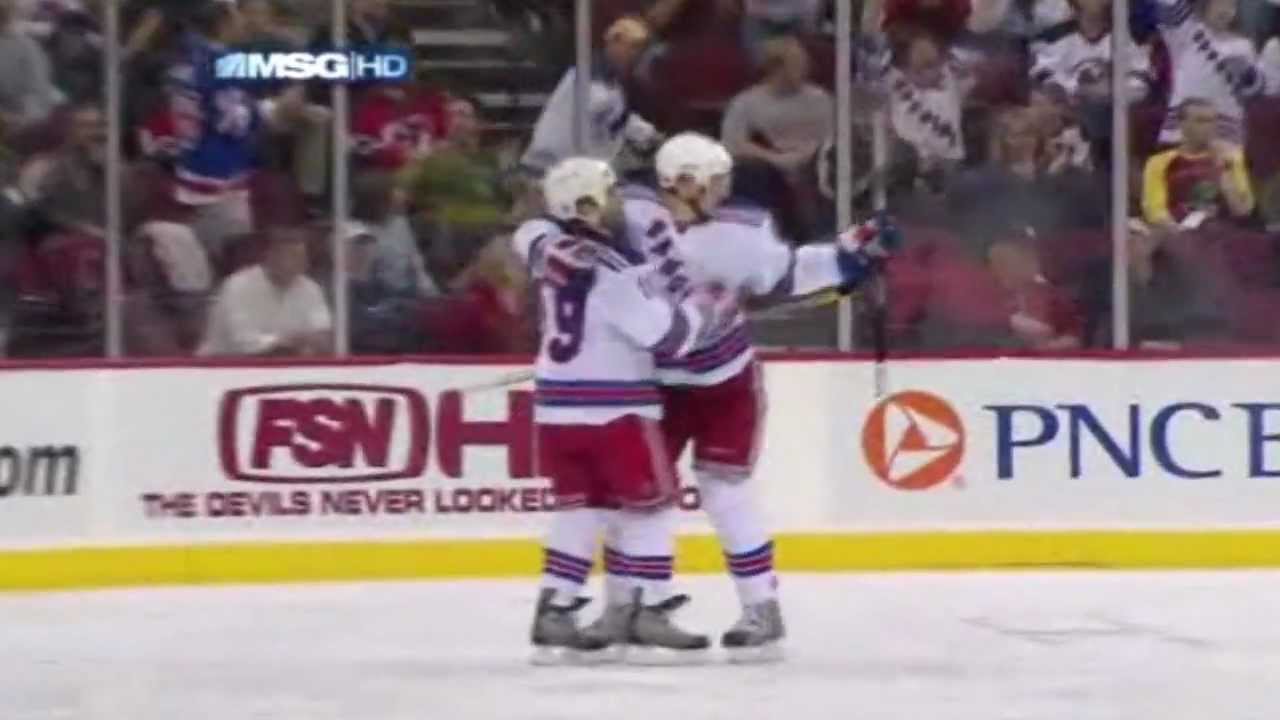 THW: Do you still have the puck?

MS: Oh yeah (smiles). It’s hanging up in my basement (on a plaque); I scored top right (corner) on Marty Brodeur. Not a bad way to get your first one.

@DRdiabloTHW Haha! I'm sure he hasn't. You can ask him if he's adjusted to AV's style of coaching that requires D to jump into play more?

MS: Last year maybe there was an adjustment; especially at the beginning. A little bit of a bumpy road, but we figured it out. A lot of guys in this room are very comfortable with the way we are playing now. We’ve played this system long enough for things to come more natural now.

THW: Tell us a little about the relationship you have with your brothers Eric & Jordan. Do you guys talk weekly? Daily?

MS: I would say weekly. We exchange text messages after just about every game. Our schedules are so busy and different; but we keep in contact and we all keep tabs on how each other are doing.

THW: Any jealousy that they’re both on the same team now (and youngest brother Jared is with Carolina’s AHL team) and you are here with the Rangers by yourself?

MS: (laughs) No, I like playing here. I’ve been here a long time and I really have enjoyed that time here. Obviously they are having a good time over there in Carolina, but my focus has always been on this team.

Marc Staal scores an overtime GWG against the Washington Capitals in the 2012 playoffs: 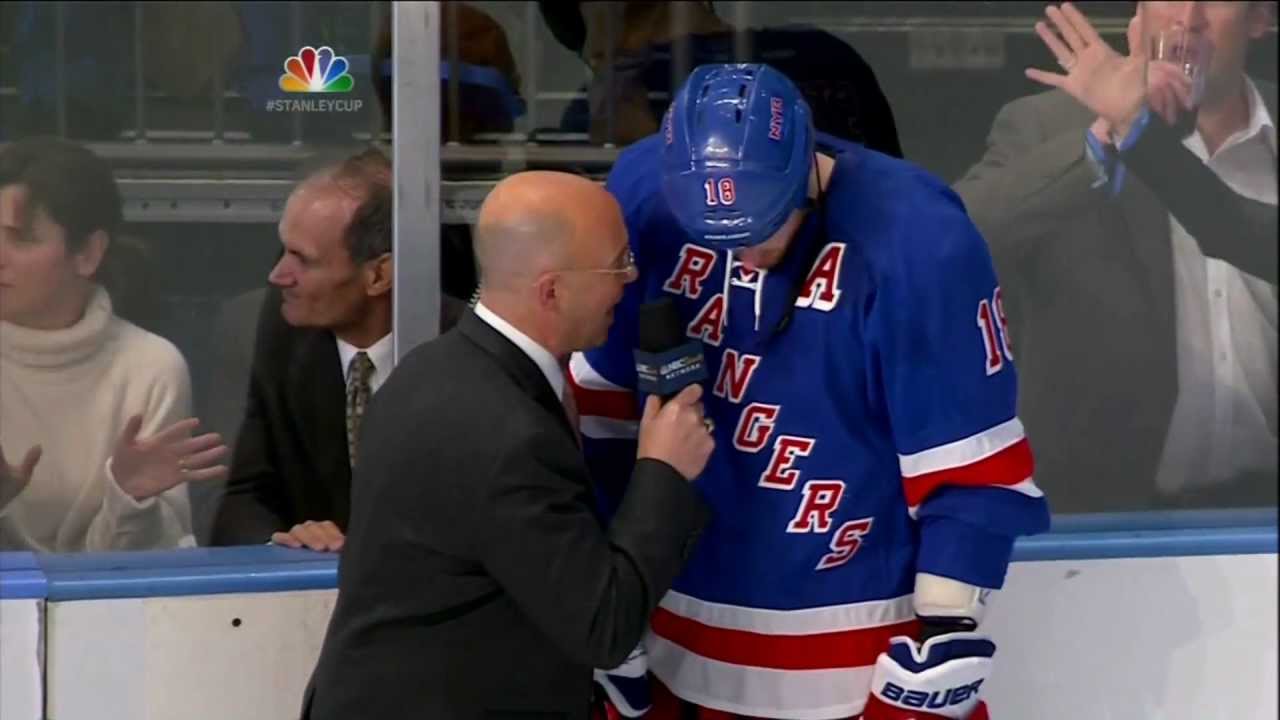 THW: How shocked were you when Jordan was traded…on his wedding day?

MS: Yeah that was a different…and unique situation, that’s for sure. The amount of emotion and stress you go through (laughs) on your wedding day, and then mix in a trade; it was a pretty incredible experience. It happened the way it happened and he’s happy now in Carolina; hopefully he can get back on the ice soon.

THW: Any tiny bit of jealousy that the two of them both have won Stanley Cups so far and you haven’t? Especially after coming close last season.

MS: Of course! That’s why you play the game, why you try to get to this level — to win that thing. A lot of jealousy actually; they both have one and I don’t.

THW: Did you touch it when they had it? Be honest. Or did you just take pictures with it? Or were you even there?

MS: No (shakes head) I never touched it. Just took some pictures with it with the family.

Seven (and six) years ago Dan Rice interviewed Jordan Staal and Eric Staal for another employer;

here are the links: