Some of us might remember the hard-fought postseason series between the Montreal Canadiens and Tampa Bay Lightning back in 2014-15. It was filled with penalty minutes and controversy that stemmed from one player in particular – Brandon Prust – and his run-in with referee Brad Watson.

“I thought the original call was kind of soft and I let him know it on the way to the penalty box,” Prust said in regards to Watson following Montreal’s 6-2 loss in Game 2 of the series. “He kept provoking me. He came to the box and called me every name in the book.”

“He called me a piece of you know what, a mother-f’er, coward, said he’d drive me right out of this building. I kept going, ‘Yeah OK, yeah OK, yeah OK,’” continued Prust. “He kept on me, he kept on me. I kept saying ‘Yeah OK.’ I wasn’t looking at him and he . That’s the ref he is. He tried to play God. He tries to control the game and he did that tonight.”

The encounter was the talk of the hockey world while that series continued – right through to Game 6. In it, Montreal was handed 53 penalty minutes thanks to their undisciplined play including Prust’s first period double minor.

Prust, who finished the game with 31 total penalty minutes, was handed two unsportsmanlike conduct penalties and has a history with Tampa Bay’s goalie Ben Bishop. 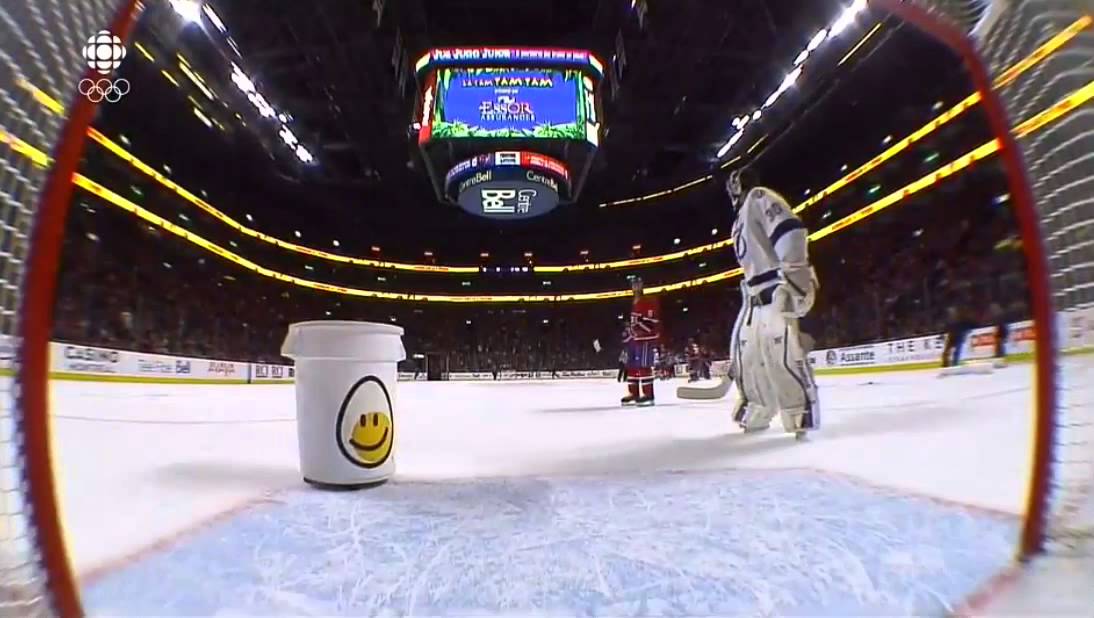 But did Prust break one of hockey’s codes by voicing his displeasure following Game 2 of the Montreal-Tampa Bay series? Did he put a target on his back?

Many hockey fans know about the code that once existed between hockey’s enforcers. Sure, there are exceptions – some who don’t fight within the code – but it existed. When a player’s down, you simply don’t throw another punch. From time to time, you’ll even see players tap their dance partner on the shoulder or arm following their tilt. It’s the code.

To some extent, the boundaries of this code have been pushed, bent and broken by today’s fighters. So do codes really exist in the sport anymore?

Codes exist because there is a respect that embodies them. The code surrounding fighting, the code that once steered players away from crashing the net were because players were allowed to police the game somewhat.

Like these, there’s always been an unwritten expectation that what is said between players or players and referees remains between the walls of the playing surface. Like it or not, it’s the code of the dressing room – the ‘Vegas Code.’ What happens in the room or on the ice stays there.

So what happens when somebody breaks that rule? Is it simple mind games – like some would suggest? Or is frustration boiling over – resulting in poor judgement? Maybe, it’s a player who’s decided that enough is enough – that people should know what’s being said during gameplay.

Prust vs. Watson: What to Expect

Some believe that Prust’s decision to go public may have, in fact, put a target on his back for future situations.

“You can’t win,” said former NHL referee Kerry Fraser in an article by Mike Traikos. “What’s the end game to all of this? The end game is he questioned the integrity of an official and there’s not a win in that.

“Brandon Prust has engaged himself in something that’s going to take him into an area where he doesn’t want to be part of, because officials are human and they’re part of a team too. If you look at the team concept from a hockey players’ perspective, they stand up for their teammates. The same goes for officials.”

Hall of Fame referee Ray Scapinello joined Dean Blundell & Co. shortly after the incident saying that he would be shocked if Watson said the alleged things, but noted that players and fans shouldn’t expect referees to try and ‘get back’ at Prust for going public.

“The guys are professionals. If somebody trips or hooks or slashes Brandon [Prust], you can bet your leg there would be a minor penalty. No referee is going to ignore a penalty. I mean, his job’s on the line every night. The fans might not be aware of it, but we get fined and we get disciplined on a regular basis if we make a mistake. If you’re consciously going to let something go because you’re angry at a guy, you’ll be on the unemployment line in a heartbeat.”
– Ray Scapinello on Dean Blundell & Co.

Scapinello also noted that in his 33 years as a referee, he’s had countless confrontations with players. The difference? Those confrontations stayed between him and the players.

Two Sides to Every Story

As Elliotte Friedman wrote, the problem with this encounter is that the NHL doesn’t allow officials to talk to the media. It became an issue because it was so easy to listen to what Prust said and take his word for it. After all, Watson’s voice was muted by the league.

With that said, how problematic would it become if referees were given the opportunity to defend themselves – their integrity. Suddenly it’s a battle of words taken to the airwaves.

It’s made into a he said, he said – where people start taking sides without having the proof to back it up. But how does this affect the parties involved?

For one, the league couldn’t even imagine placing Watson back into the Lightning-Canadiens series. Even if what Prust claimed was said to him was false, the integrity of this particular official was publicly questioned.

For Prust, we questioned just how innocent his comments were. It was hard to believe that a professional referee would lose it and make those sorts of comments without being provoked himself.

But it comes back to the code. Was Prust right in going public? Most would agree that it’s something that should’ve remained on the ice. But taking a beating the way that Montreal did in Game 2 and having played a big part in his team’s downfall, one can understand the frustration Prust must’ve been experiencing. And as Friedman writes, maybe it was simply a case of drawing attention away from the poor on-ice display put forth by his team – a distraction.

Most players I've spoken to hate giving post-game quotes for a variety of reasons, one being post-game temper. See: Brandon Prust tonight.

One thing is for sure, going public with on-ice comments remains a no-no for players, officials and all hockey personnel. While some might not agree with the trash talking that takes place, it’s a code that protects the players and officials from the scrutiny of fans and media. It’s a code that Brandon Prust broke – a move that hurt him and Watson in the long run.

Tape2Tape is a column looking at some of the biggest stories from around the world of hockey. Discussing different topics, it focuses on one major story each week. Agree or disagree, writer – Andrew Forbes – would love to hear what you have to say.