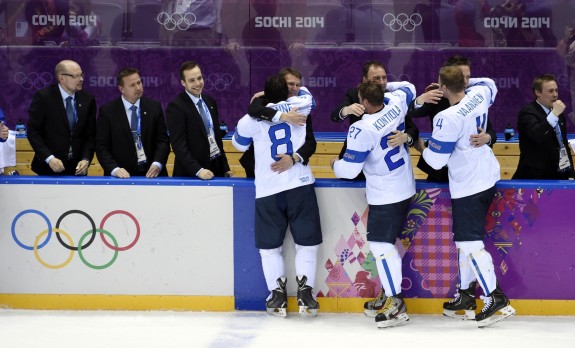 No Mikko Koivu? No Valtteri Filppula? No Aleksander Barkov? No problem for Finland. What looked like an unlikely medal before the tournament with the “power house” Russians, Americans, Swedes and Canadians standing in their way became a long shot when the team lost their top three centremen to injury. But don’t tell that to the Finns. With a dominant 5-0 win over the United States in the bronze medal game, Finland has become the most decorated country in Olympic Mens Ice Hockey since NHL participation began in 1998.

The tournament was the epitome of what Finland has proved for over a decade: teamwork will always prevail over individual skill. Though they have yet to win the coveted gold medal, something must be said for the consistency Finland has shown at the Olympic games; especially when they are never labelled as pre-tournament favorites. So how does a country ranked sixth in registered hockey players consistently finish top three in the world?

Finnish hockey is the embodiment of the sports dogma “defense wins championships” (or in their case, bronze medals). In hockey, a great team defense is built from the net out and Finland is certainly no slouch between the pipes. Not only are Rask, Rinne, Niemi and Lehtonen among the best players in the world relative to their position, but almost 30% of active Finnish NHLers are goaltenders. 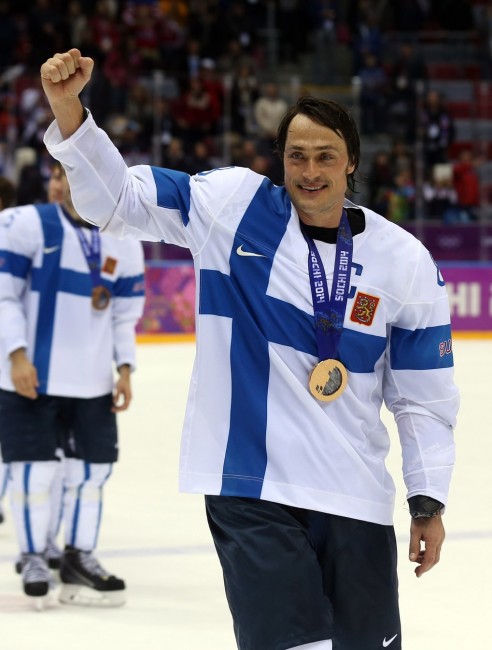 Outside of goaltending, the remainder of the roster looked underwhelming at best. Where Canada had five #1 defensemen on their respective NHL teams, the Finn’s back end was comprised of a total four NHL players. Inexperienced (albeit stellar) rookies Olli Maatta and Sami Vatanen and declining veterans Sami Salo and Kimmo Timonen were all that stood in the way of the world’s best forwards. Despite this apparent weakness, the Finns ranked third in goals against in the tournament and allowed only three goals combined versus Russia, Sweden and the United States in the medal round. With Mikko Koivu out, Jussi Jokinen was the team’s leading scorer heading into the tournament ranked 57th in NHL scoring with 42 points in 58 games (the perks of flanking Evegeni Malkin). One would assume because of their lack of superstars up front and “defense first” mentality the team might struggle to score goals, yet Finland actually led the tournament in scoring on the backs youngster Mikael Granlund and captain Teemu Selanne.

These statistical anomalies prove the old adage, “the whole is greater than the sum of its parts”. The bronze medal is the result of a mutual trust between players and coach. It is what is possible when egos are checked at the door and every player buys in to the coach’s system. It is what allows a player like Leo Komarov to have a greater impact on his team’s success than one like Alexander Ovechkin. It is Finnish hockey, and it is something to be admired.

The Future of Finnish Hockey

Team Canada showed how dominant talent can be when it is coupled with teamwork, and Finland has a wealth of it on the horizon. Goaltending will always be a strength of the Finns, but they are now developing elite skill all over the ice. Not only are Olympians Granlund, Barkov, Vatanen and Maatta all under the age of 23, but they were all heavily relied upon to secure the bronze medal in Sochi. There is more young talent coming up in the ranks with top prospects Rasmus Ristolainen and Teuvo Teräväinen playing instrumental roles to help Finland capture gold at this year’s World Junior Championship in Malmö, Sweden. With continued success, do not be surprised to see more Finnish coaches and executives follow in the footsteps of Columbus general manager Jarmo Kekäläinen and make their mark on hockey’s best league. One thing is for sure: with the future of Finnish hockey brighter than ever, this humble country of 5.5 million will remain the safest bet to medal on the world stage.

Jarmo Kekalainen is the first European GM in NHL history.