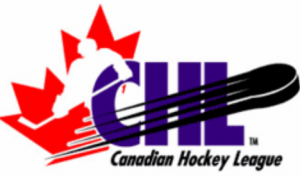 It has been debated ad nauseum.  Which developmental program is best ?  CHL or NCAA?  The argument has been conducted many times prior to me writing this, and it will continue to be a topic of discussion for many years to follow.  So which is better?

The correct answer is “it depends on the player.”

Some believe the CHL is a surefire route to the NHL.  Given the recent amount of graduates from the CHL to the NHL, that point is difficult to argue.  Others say the NCAA develops players into better all-around athletes making them better prepared for the physical workload needed to endure the rigors of the NHL.

As a baseline test, let’s take a look at some of today’s current players to come out of the CHL, shall we?  Patrick Kane, John Tavares, Joe Thornton, Sidney Crosby, Shea Weber, and Steven Stamkos (the list goes on and on) are all alums of the circuit. As for the NCAA roster, it includes Jonathan Toews, Martin St. Louis, Zach Parise, Ryan Miller, Ryan Kesler, Phil Kessel, and Dany Heatley (he’s an All-Star, ya know?), among many other notables.

If you are looking at it from a numbers standpoint, the CHL spits out NHL players left and right.  The CHL program starts at a younger age than the NCAA – usually 16, with a few exceptions – and lasts till 20 years old.  The games and schedule resemble the NHL more so than college hockey. Sixty eight games are played in the QMJHL/OHL seasons (72 for WHL), while the NCAA only plays anywhere between 35-48 games.  The fast paced, back-and-forth action lends itself to higher intensity games giving opportunities for younger players to get accustomed to the speed the game should be played at.

While the CHL certainly develops the hockey mind and skill set needed to achieve success at the next level, the NCAA makes up for the physical nature and maturity that the CHL does not capitalize on.  While the overall talent (presumably in the top two lines) is slighted in favor of the CHL, the maturation (both physically and mentally) and depth down the lineup give NCAA players the advantage.  The season’s are shorter for college hockey, giving way to more practices and work outs to build strength and cohesiveness between teammates.  What NCAA hockey limits is the opportunity for prospects to attend training camps for NHL teams to assess just how good some players are.

This past summer, four of this year’s prospects who were drafted in June – John Gibson, Connor Murphy, JT Miller and Reid Boucher – forewent their NCAA eligibility to play in the Ontario Hockey League this year.  But can you blame them?

Then there are those who leave the “promised land” to achieve success in the States.  Take Thomas Welsh, for example.  Drafted by the Sarnia Sting, he hopped across the Canadian border to come play prep school hockey for one of the most renowned prep schools in New England, Salisbury.  Rated as one of the top defensemen in his draft year, Thomas has already committed to Penn State University in 2013 – article/interview found here.

But we need to be realistic.  Every kid who enjoys playing the game of hockey (whether it’s in Canada, United States, Sweden, Russia, what have you) dreams of playing in the NHL someday.  Realistically, the chances of making the NHL aren’t in your favor.  A study conducted by the NCAA says players who play college hockey have a .4 percent chance of playing in the NHL.  Good news about that is that it’s better than playing in the NFL – .09 percent chance.  The bad news: it’s still not very high.  I’m sure the numbers for the CHL might be a bit better, but still, what do you do if/when your dreams at an NHL career get shot down?

It comes down to your education.  It might be in every players best interest to go the way of the NCAA because they provide the best education, right?

Well with new advancements in CIS hockey, that may soon become a moot point.  The CIS has now opened it’s doors to graduates of Major Junior Hockey.  For every year played in any of the CHL leagues, the top Canadian universities offer one year of scholarship to any CIS school.  The talent at the CIS level is smack dab in the middle of the CHL and NCAA, but a full ride to a university is hard to pass up.

So taking everything into consideration, which is better?

I have been under the preconceived notion that the OHL is built for a certain type of player.  The Sidney Crosby’s, Patrick Kane’s and John Tavares’ seem to thrive in the CHL, where as players like David Backes, Ryan Kesler and Ryan Miller did just fine in the NCAA.  If I were in a situation where I needed to decide a path to go, I’d encourage the NCAA route since a NHL career is far from guaranteed.  Then again, ask Taylor Hall and he’d say go for the CHL.

If a prospect needs to mature physically the NCAA might be better.  If he has enough talent to keep up with a speedy game and long schedule, there is a spot in the CHL for him.  Fact of the matter is, the point between which league is better shouldn’t really be argued about.  It isn’t my place (or yours) to argue which path a player should choose.  It’s a player’s job to do the research and determine what is the best road from him.  And that, ultimately, depends on the player.

3 thoughts on “The Age Old Question: CHL vs. NCAA?”